I was captivated by this exquisite photograph of the Hamilton Turkish Baths. This brick and stucco building was designed in the Victorian Filigree style, with decorative cast iron friezes on the upper verandah and colonnade. What’s more, their address was somewhere in Denison Street, with which my street intersected. 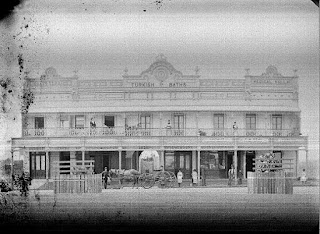 To find out the exact location of the Baths and the story behind them, I had to go to a short manuscript [1] by Susan Kemp held in the Newcastle Region Library. Susan had investigated a family connection with the Baths. Her grandfather, Thomas Henry Rand and his brother Silas Charles Rand, had been their second owners, for some sixty years.


Wesley Mission Newcastle now owns the land on which the Turkish Baths once stood. 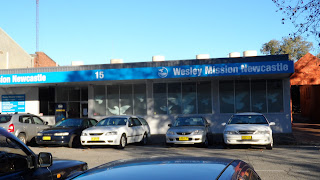 The Turkish baths were built in 1879 by Francis W. Reay, who had settled in Newcastle in 1870. With a background as a medical herbalist and seller of patent and horse medicines, he had made money in the goldfields. Francis Reay became Mayor of Hamilton in 1887.

It is not totally clear who the intended patrons of the Baths would be. People who lived in the mining settlements that would become Hamilton – the Borehole, Pit Town and Happy Flat – endured unhealthy, unsanitary living conditions. There was no running water, sewerage pipes or bathrooms. On the one hand, the idea might have been that the Baths could substantially improve the lives of miners and their families.


On the other hand, Francis Reay was an entrepreneur, and he had invested over 1000 pounds of his own money in the Baths. Susan Kemp believes he saw a niche in the market, as consciousness of bathing increased, with patronage directed to "the well to do and ladies".

The Hamilton Baths offered a range of services – it had provision to segregate the sexes, separate facilities for the well to do, private consultations with practitioners, and as well “electric baths”, an early form of tanning bed. The brick and stone building included a chemist's shop. promoting botanic and homeopathic preparations.


Susan Aykut [2] of the Mt Wilson and Mt Irvine Historical Society, has written a fascinating account of the development of Turkish Baths in Australia in the 19th century. So far she has identified nearly 30 so called Turkish baths scattered around Australia.


Australia rapidly embraced the concept of Turkish Baths, probably due to the hot, humid climate and a growing understanding of health and hygiene. There was no transference of any of the Islamic practices or symbols of religious purification. The baths themselves were closer to their Roman forerunners than Turkish, using dry heat instead of wet or vapour heat.

Susan Aykut explains how the impetus for building Turkish Baths in Australia came from the “Turkish Bath Movement” established in Britain by a maverick Scottish politician, David Urquart, who had often visited the baths in Constantinople (Istanbul). 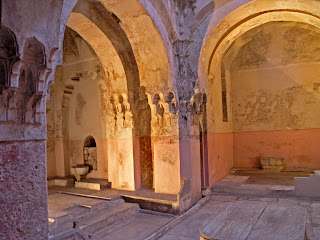 From an 1880 article in the Maitland Mercury [3], we learn that a patron of the Baths first undressed in the Frigidarium, and was attired in a suitable bathing costume, to be then conducted into the first hot room, the Tropidarum (heated to 100 degrees). After a time, the attendant escorted the patron to the Sudatorium, where the temperature could reach 160 degrees. Next was a sulphur room, then a shampooing room, where an expert shampooer “in the person of a coloured man” was on hand (although – the article hastens to add - ladies would be waited on by a person of their own sex). Then to the washing room, for a through cleansing, and finally the drying room. The article proclaims that after this experience, the patron is so invigorated they “could easily jump over a four rail fence”!

All for five shillings (single bath), 6 baths for a pound, or a quarterly ticket for five pounds.


I found it interesting that the second owners of the Hamilton Baths  were Seventh Day Adventists and came from a strong medical background. Silas Chares Rand was a medical graduate of the University of Chicago, registering with the NSW Medical Board in 1898. He migrated to Australia first, and was followed in 1904 by his brother Thomas Henry Rand. 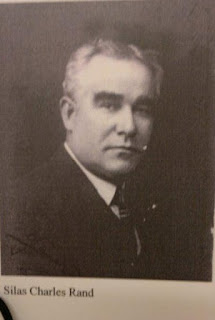 Silas Charles Rand
From the collection of Susan Kemp

Thomas had graduated as a dentist from Northwestern University, Chicago. He was the grandfather of Susan Kemp. 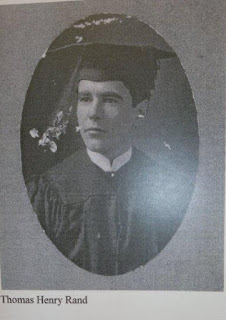 Thomas Henry Rand
From the collection of Susan Kemp


Silas and Thomas were part of a family of six; five became doctors (including one sister), and Thomas a dentist.

From Susan Kemp’s research, it appears the brothers must have purchased the Baths in the early 1900s. While they never operated the Baths as such, this beautiful building was used for a further period of some sixty years as their medical and dental practices, and as their homes.

Thomas married and had two children; Silas never married. The story of Thomas and his wife contains its own tragedy, reflecting systemic problems of the health care of the times. It will be the subject of another post.


“The Turkish Baths, a grand building originally built to give comfort and cleanliness to the citizens of Newcastle, had much potential but was demolished in 1961. Its heritage value was not recognised and Newcastle lost a unique reminder of its social history”. 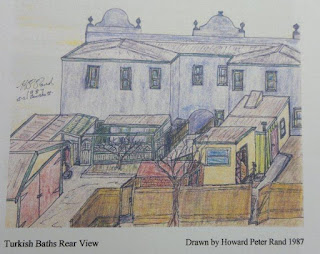 Thanks so much - I learn something new every day, and figure that my discoveries should be shared!

A beautifully designed interesting blog.
Dare I suggest that if any of your readers are interested in the wider history of the Victorian Turkish bath they might like to visit the site mentioned by Susan Aykut in her article. It can be found at:
http://www.victorianturkishbath.org

Thanks so much Malcolm. There is a widespread fascination with Turkish Baths and I always get a strong response to any item about this local story. Your book will do well I am sure! I have referenced it and your web site on this story in my own forthcoming book of the blog, hidden Hamilton. Have you got a date when yours will be out? Ruth Cotton.

Many thanks for that, Ruth. All being well, my book should be out early next Spring 2015. Good luck with your own book too. It's interesting isn't it? People say that the computer will kill books--but in my experience the opposite is true.
Best wishes,