At the northern end of Hudson Street, Hamilton, amid residential houses, was a veritable hive of industry. But it was more than that – it was a community. Three large commercial enterprises were interlinked, bartering their goods and services in a friendly, mutually beneficial exchange.

The towering wheat silos of McIntyre’s flour mill were a Hamilton landmark for many decades. Between 1899 to 1989, the mill supplied flour to bakers in Newcastle and beyond, including overseas. 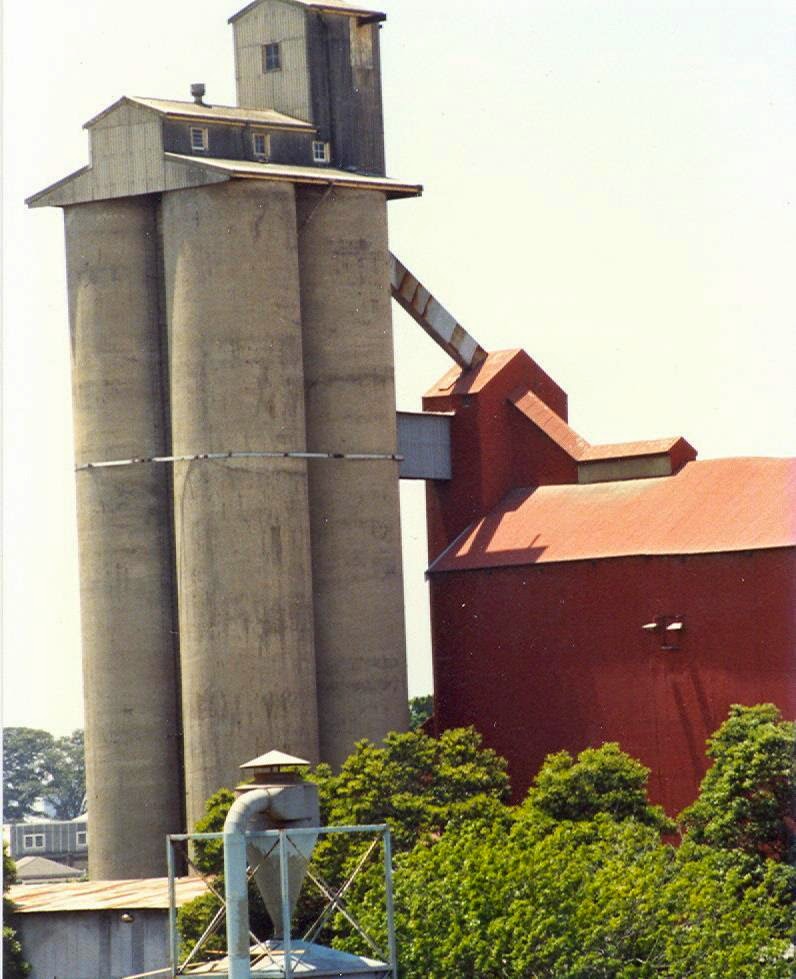 Next door to the mill was a two story factory, Hely Brothers, manufacturer of tool handles, shovels, spades and wheel components. Hely Brothers had operated from 46-48 Hudson Street since 1922. 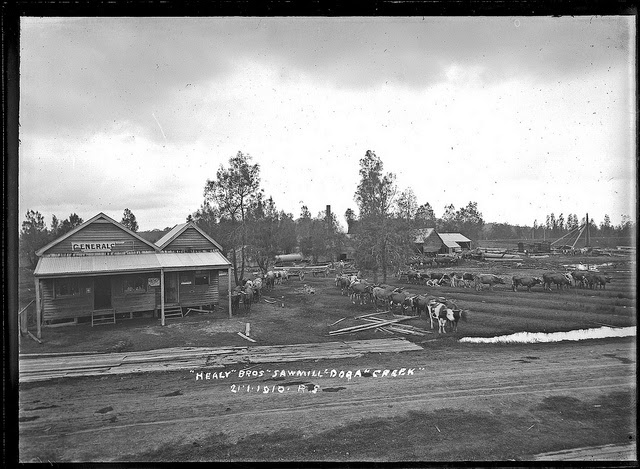 The company made wheelwright and coachbuilders’ woodware for domestic use and export. Employment was generated for forestry workers, mill workers and bullock team drivers.

Once in Hamilton, Hely’s water tank atop a high tower, and an incinerator smoke stack, also became landmarks. 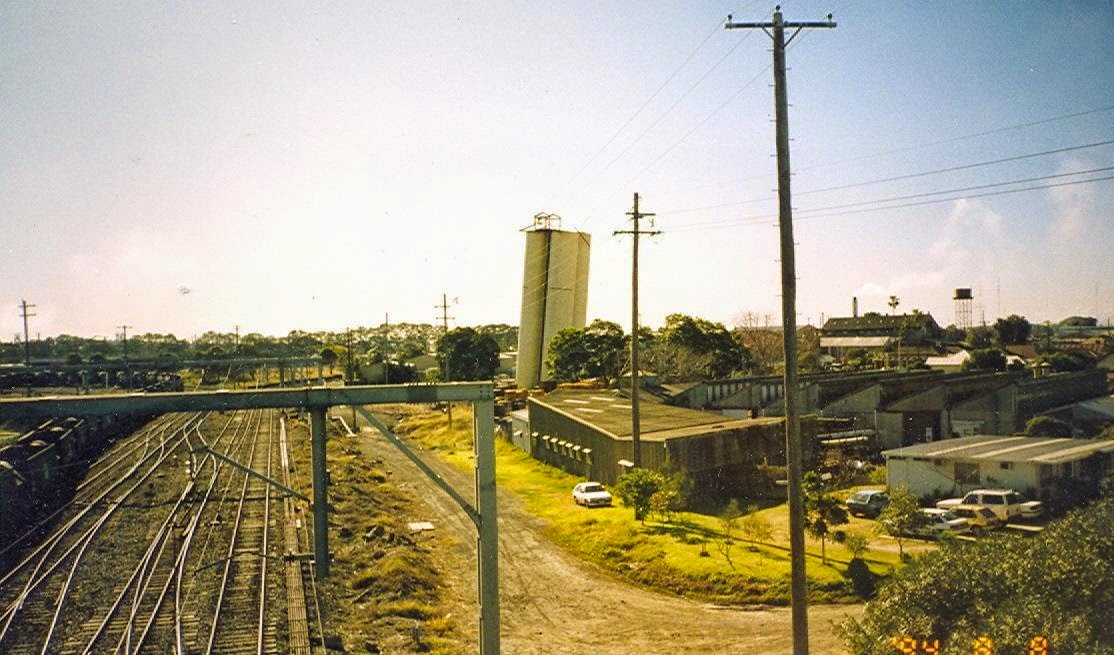 Hely Brothers' elevated water tower and smoke stack are just visible to the right of the flour mill silos, leaning dangerously after the 1989 earthquake
Three attempts were necessary before the silos were successfully demolished
Photograph courtesy of the McIntyre family collection


Further along Hudson Street toward Beaumont Street, was William Cann’s bakery, one of the largest in Newcastle. Apprentice bakers like Jim Walker carted flour in 150 pound sacks from the mill store to the bakery, a couple of blocks down Hudson Street. That was the first part of the journey - Jim told me the flour was stored on the second floor.

‘They did it the hard way, then’, says Neville Chant, former Company Secretary and Director of Hely Brothers. 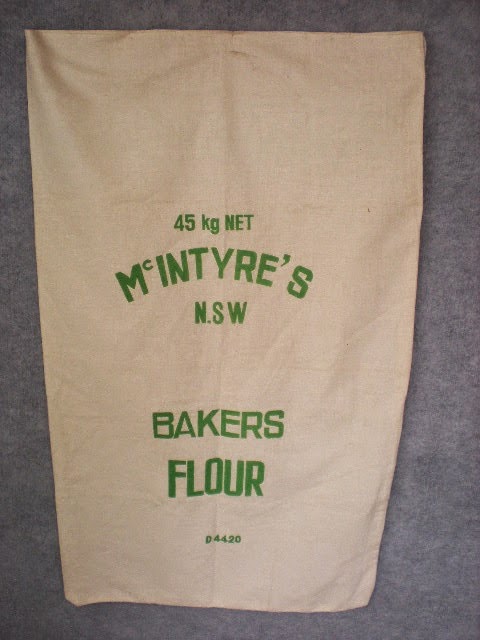 In later years, flour was sold to bakers in 45 kg bags - a more manageable size to transport
Photograph courtesy of the McIntyre family collection


Hely Brothers used special timber for their tool handles – hickory, imported from the USA, and Australian spotted gum. It was the next best thing to hickory for making tool handles as it possesses superior qualities for absorbing the force of impact. 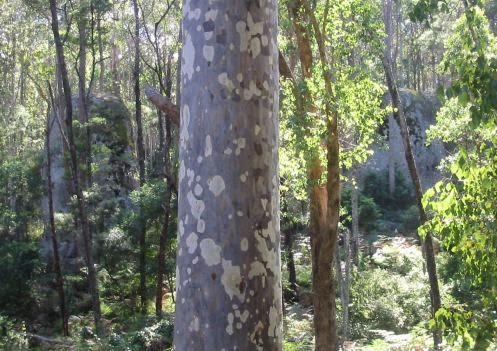 
A constant supply of offcuts was provided free by Hely Brothers to Cann’s to fuel their wood ovens.

‘It was good for us, and good for them’, Michael Hely, the last Managing Director of Hely Brothers, told me.

Opposite Cann’s was a vacant block where the wood was stacked to dry out. Apprentice bakers barrowed wood to the bakery door, ready for the first fires to be lit at 3.30 am.

Ten horses were stabled in a paddock at the back of Cann’s, to draw the baker’s delivery carts. 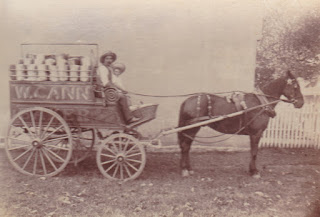 At Christmas, the large ovens were pressed into use to bake Christmas hams for staff of suppliers and businesses that were part of Cann’s network. For a nominal charge, Cann’s bakers encased the hams in dough made from McIntyre’s flour. Each ham had a small metal tag with its owner’s name, supplied by Hely Brothers, so each cooked ham found its rightful owner. 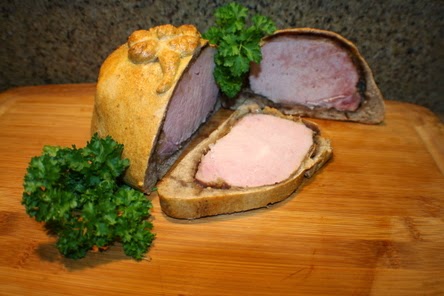 Cann’s Christmas fruit cakes were famous – Jim Walker told me they were kept to mature for 12 months. Could this be so? 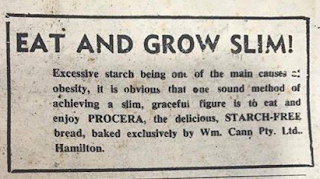 Hely Brothers closed in 2000, not because of lack of demand for its products, but because handle class timber became impossible to source within an economic range. McIntyre’s flour mill changed hands twice in the 1980s, but the 1989 earthquake put an end to the mill’s 90 years of operation in Hamilton. While William Cann [1] died in 1919, aged 64, the bakery continued to serve the people of Newcastle until the 1960s, with bread ‘of exceptional quality, well baked, light flavoured: none but the best flour is used in the baking…the supplies are always fresh.’ (The Catholic Press, 28/8/1919). 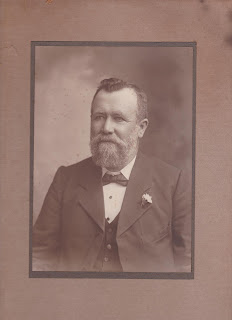 These days, quieter businesses have taken over the northwestern end of Hudson Street. It’s almost sedate. 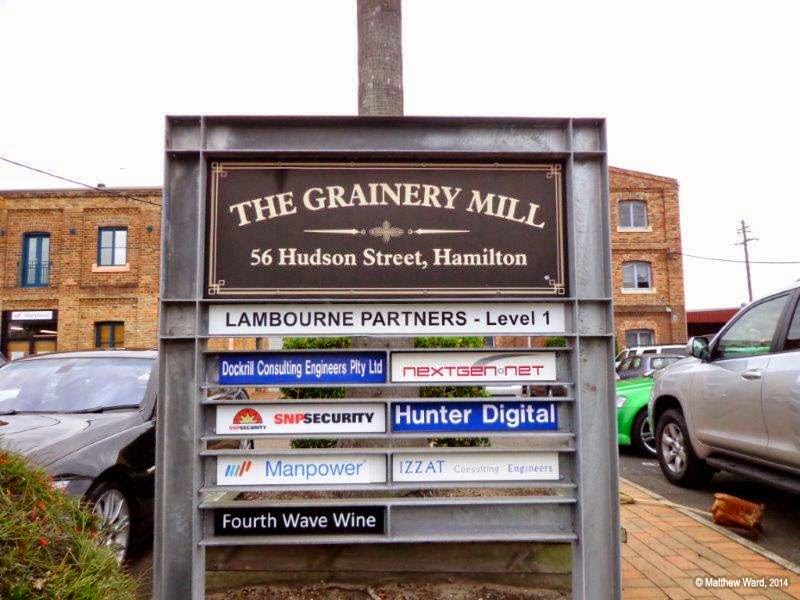 The Grainery Mill is one of the redevelopments on the site of McIntyre’s flour mill, 2014
Photograph by Matthew Ward

I found Jim Walker helping out at Sunbow Roofing, one of the businesses now on the old flour mill site. Jim had had odd jobs as a young boy, well before he became an apprentice baker – as a ‘lolly boy’ at Herbert’s Theatre, Islington spruiking Jaffas, Jubes, and Fantales; and selling papers on the running boards of the trams on the Mayfield line. His mother was the sole support of her three children. 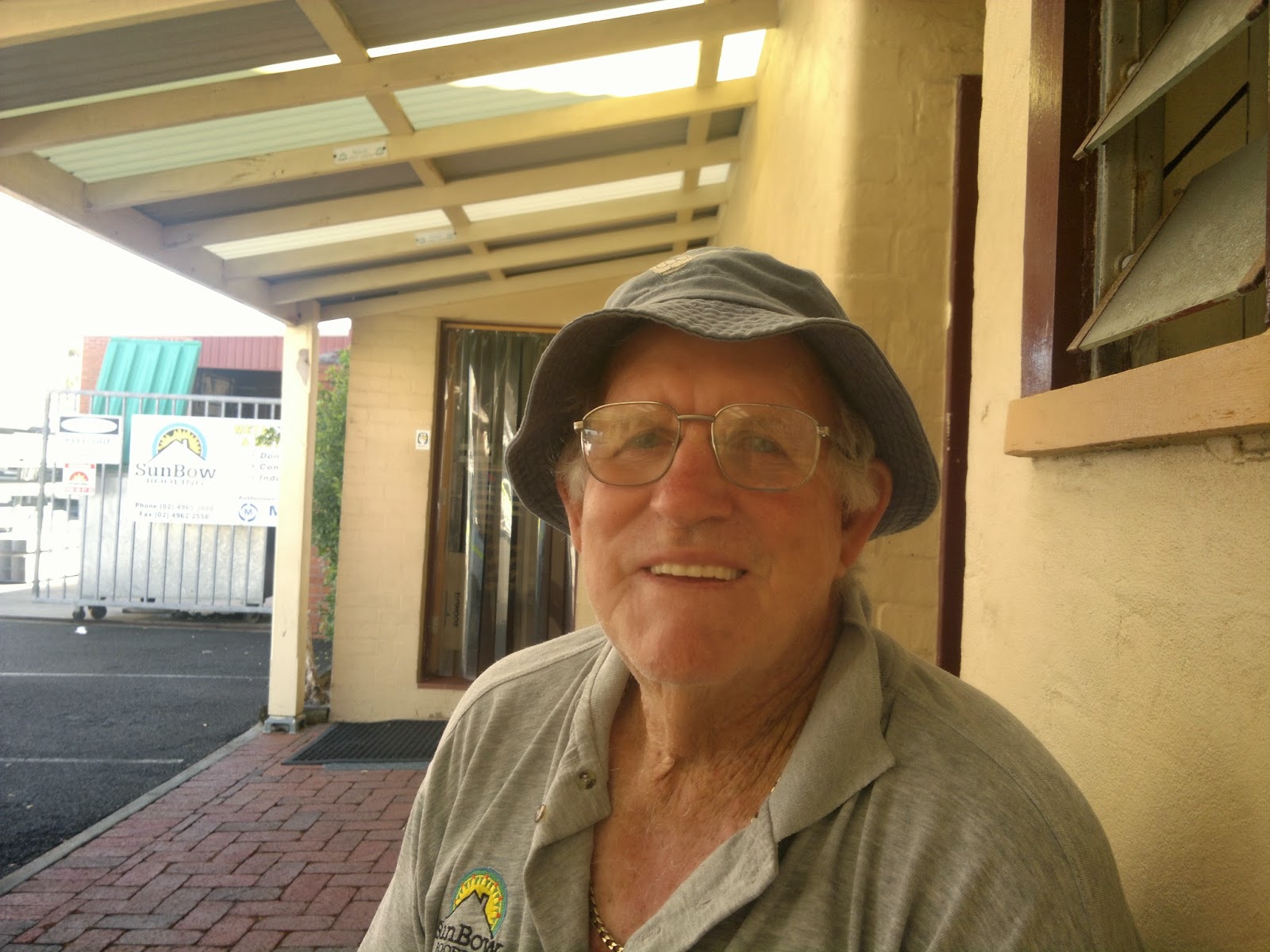 The last word goes to Jim, who wonders how anyone these days can complain about being bored. His advice:

‘If you’ve got nothing to do, pick up a broom. There’s always something to sweep up.’

That was the spirit of the workers of Hudson Street, when it hummed.

Workshops in writing, drawing, making and more are run here, with profits going to fund social impact programs in Newcastle.

Aleeta says they were inspired by this Hidden Hamilton blog post on Hudson Street and chose to name their business accordingly. Pocket Design was commissioned to create a logo and strong brand for the new business, reflecting its energy and vibrancy.

‘The Australian Spotted Gum (a major timber source used by Hely Brothers to make tool handles) was the perfect reference we needed to create a logo and mural which respects the history of the street and welcomes new beginnings.’ 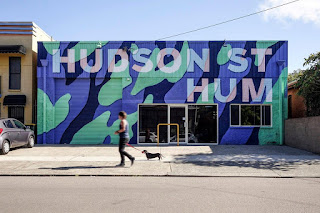 Thanks to Michael Hely  for the photo of early company letterhead and information; to Neville Chant (former Hely Brothers Company Secretary and Director); Jim Walker (apprentice baker at Cann’s c. 1950s, and Mark Humphries, owner of Sunbow Roofing. Information from the earlier post on the Hamilton flour mill was provided by Marie McIntyre. 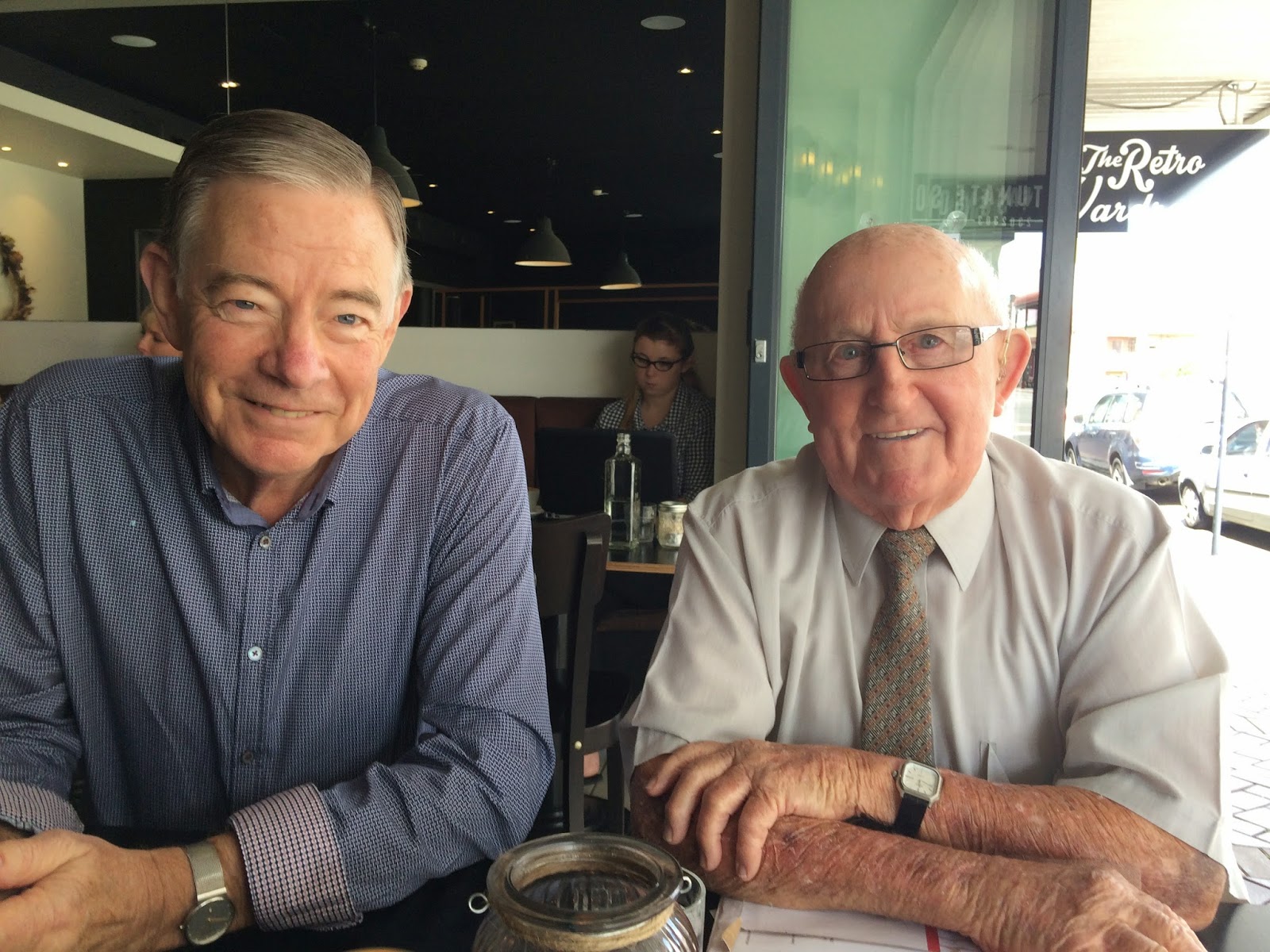 
[1]  In 1904, when Peter McIntosh retired from partnership with Charles McIntyre in the Hamilton flour mill, William Cann became a partner, along with JR Hall, a prominent Newcastle warehouseman.