If you think Hamilton has more than its share of pubs today, it is nothing compared to the late 1800s.

Denison Street (or Winship Street, until it was renamed in 1855) was the main thoroughfare through the mining settlements, leading from Cameron’s Hill towards Newcastle.


It is easy for me to explore the past of Denison Street because my street intersects it. However, I was surprised to learn that had I been living here in – say – 1890 – there would have been no less than 10 hotels within about a kilometre, on Denison Street alone.

I found this proliferation quite confusing, so I set out to pin down just where they’d been and what remains of them today. Once again, I’ve had invaluable help from Peter Murray. [1] 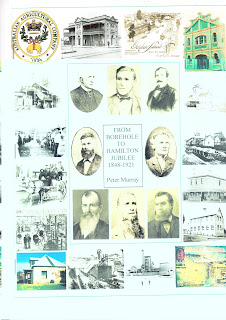 First, it is important to appreciate that in those early days, hotels were not just drinking establishments, although "drunkenness" was pretty evident. Hamilton’s inns and public houses were focal hubs in the community, places outside the home where men (no women allowed inside) could socialise. Most homes were just not suitable for visiting or social gatherings.


When people joined in social and sporting activities offered by a hotel, they mixed with a broader cross section of the community than they would otherwise meet at church, or in their lodges or friendly societies. This helped break down some of the barriers that separated what could be quite narrow, clannish groups.


In my effort to rediscover the hey-day of the Denison Street hotels, I started close to home. Come with me on my trek from Happy Flat to Cameron’s Hill.....


On the corner of Denison and Turner Street, The Universal Hotel was opened in 1880. Separated from it by a shed, was The Globe Hotel, a two storey weatherboard building which opened in 1877 and had a bowling alley.


On the corner of the next street, Lawson Street, a man called Robert Cherry built a fine two story building called Cherry’s Terrace (1873). This became the Hamilton Hotel, and it had a bagatelle licence (a game something like pool). Robert Cherry was one of Hamilton’s first Aldermen

These three hotels can be clearly seen in the next photo. The Universal Hotel is in the foreground in excellent detail, then the Globe after a small shed. Hamilton Hotel (Cherry's Terrace) is the next two story building. 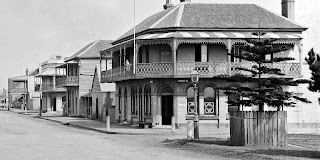 The Universal and The Globe have given way to a large block of townhouses, seen being built in the photo below. 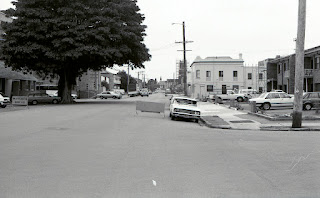 
The building that was Cherry’s Terrace/Hamilton Hotel can be seen in the distance, above. I wonder when that big tree was taken down?

The building is still in place today (below), no longer a hotel. Modified and extended, the verandas long gone, it is clearly recognisable. The date 1872 on the top has replaced the words Cherry’s Terrace. 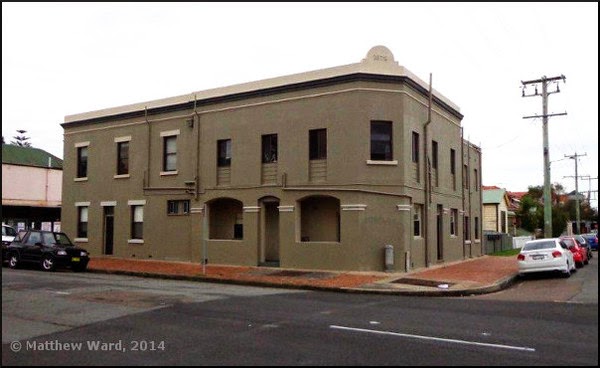 I can see this building from one of my upstairs windows, and often wondered about its past. Robert Cherry built a structure to last. He had learned the trades of tinsmith and locksmith, and in the mines was in charge of the pit ponies. What a life for these tough little horses, and for the men spending so much time underground. 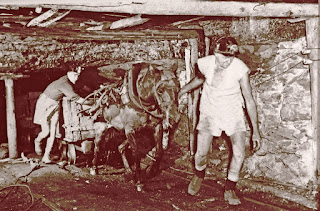 Here we are at the intersection of Denison and Beaumont Streets, and two more hotels face each other. The Miners Arms Hotel was originally the residence of Patrick Murray, a miner, and was converted to an 8 room hotel sometime between 1858 and 1865. [2] Hamilton’s third hotel, it had a handball court – handball was a very popular game - and an adjoining billiard room. The Borehole Brass Band used to meet at this hotel for practice. 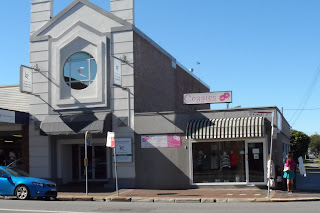 The site of The Miners Arms Hotel today


Across Denison Street, direct competition came from The Miners' Exchange, opened in 1880. Its amenities included not only a billiards/band room, a “ball alley” (for bowling and skittles) but also a cricket pitch at the back, for the Borehole Cricket Club. A popular Hamilton hotel continues on this site, The Exchange Hotel. 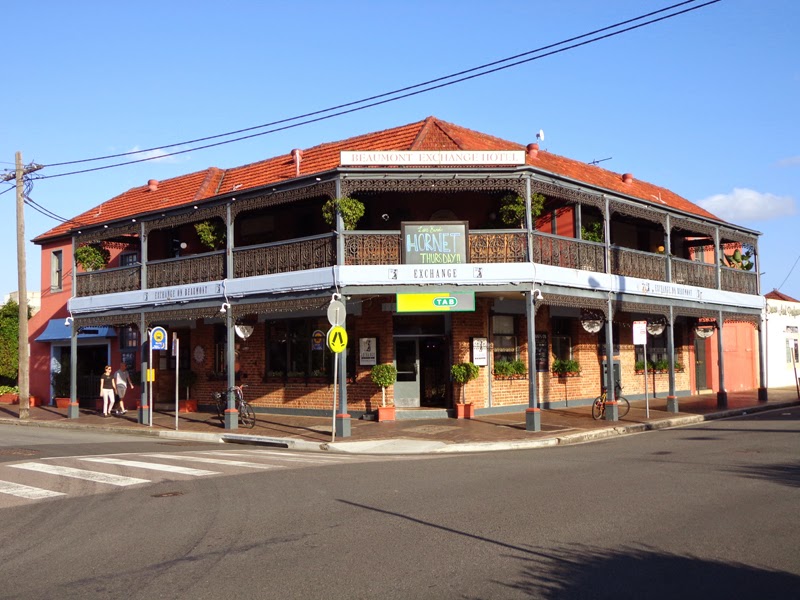 
Up the hill now, westwards, and it’s a couple of blocks before we come to the site of the next hotel. The corner of Steel and Denison Street was the location of the earliest hotel in Hamilton. Thomas Tudor (namesake of Tudor Street and one of the first Aldermen) had worked in the coal mines and later, been successful on the Victorian goldfields. He opened his first inn in Steel Street, with the odd name of “Help a lame dog over the stile”, shortened by the miners to The Lame Dog. In 1865 he moved the hotel to the corner of Steel and Denison Streets, naming it the Agricultural Hotel. It became known locally as Tudor’s Hotel. 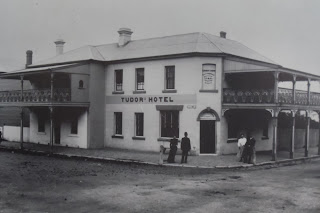 
Thomas Tudor was a keen sportsman - he’d been a professional sprinter and hosted many sporting events such as foot racing and handball, with betting attracting the crowds. As well as sports, the hotel was a venue for events as disparate as inquests and weddings. The photo below shows a function outside the hotel, spilling into Denison Street. 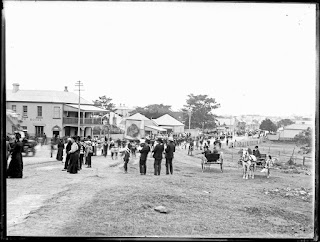 Tudor operated the first (horse) bus line between Hamilton and Newcastle – while no photo survives of his service, the picture below of the Adamstown one gives a good idea of what it must have been like. 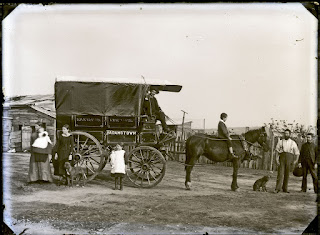 
Today, The Bennett Hotel continues the traditions of hospitality on this site, and holds the oldest continuous Licence in Hamilton. 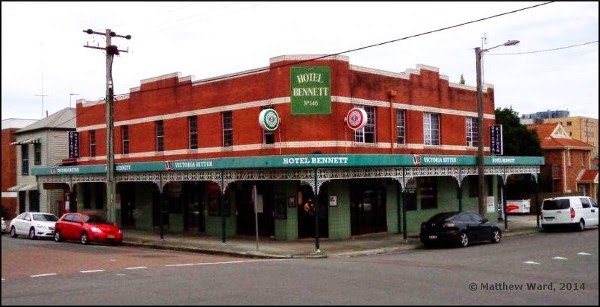 My last hotel on this sojourn along Denison Street began trading in 1859, and was the second hotel to open in Hamilton – The Queen’s Arms Hotel. It was on what was then known as Winship’s Hill, but later became Cameron’s Hill, after the hotel’s owner, James Cameron.

Cameron began as a farmer/butcher, but like Tomas Tudor, made his real money on the goldfields. He hosted sporting events, community meetings and balls – in the hotel’s ballroom. Cameron’s great passion was horseracing, including breeding and training, and he was President of the Newcastle Jockey Club for 25 years. I am told his hotel was a stop for the Cobb and Co coach service.

I have not been able to find a photograph of the long gone Queen’s Arms Hotel. A local resistent has told me it was situated on the western brow of Cameron's Hill. Below is a street view of its former location, on the best evidence I could find. 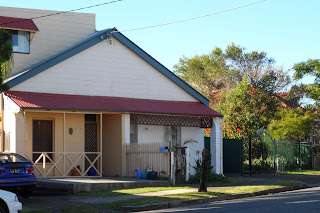 In writing about the Denison Street hotels, I have not touched on other landmark businesses that opened in the late 1880s, especially the Sydney Junction Hotel (1886) and the Hamilton Station Hotel. Completion of the Hamilton to Sydney rail link in 1887 meant the focus of commercial activity began to shift away from Denison Street towards the railway station and Beaumont Street.

We don’t know how long it took for patronage of the Denison Street hotels to decline. Only two of the ten sites that once boasted flourishing hotels in the late 1880s are still in the same business today, The Exchange and The Bennett Hotel. Was it the greater adaptability of the hotels closer to the new railway, as Peter Murray suggests?

This discovery tour made me wonder about something else, too. What is it that makes some buildings endure? As well as the two hotels, the building that was Cherry’s Terrace is still firmly in place, well preserved, albeit trimmed of its lacy verandahs. 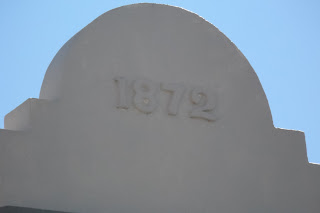