The Story of Donald's Corner


‘When you were growing up in Hamilton’, I asked  memoir writer Margaret Colditz, ‘where was the money?’

‘The money’, she responded without a second’s pause, ‘was in Donald’s Corner’.

George Donald [1] was what we’d call today ‘a mover and a shaker’. In late 19th century Hamilton, he had his finger on the pulse in business, civic administration, school and church. With that remarkable combination of vision, persuasiveness and practical skills, it is likely he also had charisma. He died aged 56 in 1887.

We first met George Donald in the post 'The Making of Hamilton' - he was Hamilton's  first Mayor. 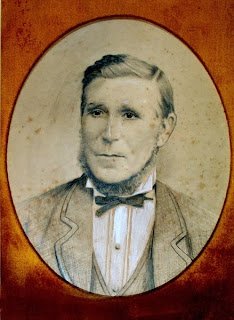 It was his drive and determination that made the Incorporation of Hamilton a reality. This meant Hamilton could levy rates, using the collected funds to improve the environment and circumstances in which people lived. We know he must have been an important civic leader, because there is a thoroughfare named for him, Donald Street, and an imposing fountain in his honour in Gregson Park.

What else can we glean about the man, his influence and his power in Hamilton’s earliest days?

George Donald was Scottish, like a large proportion of early immigrants to this locality. He arrived here in 1859 at the age of 28 to work in the mines. Seizing an opportunity, he became manager of the Hamilton Cooperative Store, an offshoot of the Borehole Cooperative Society. 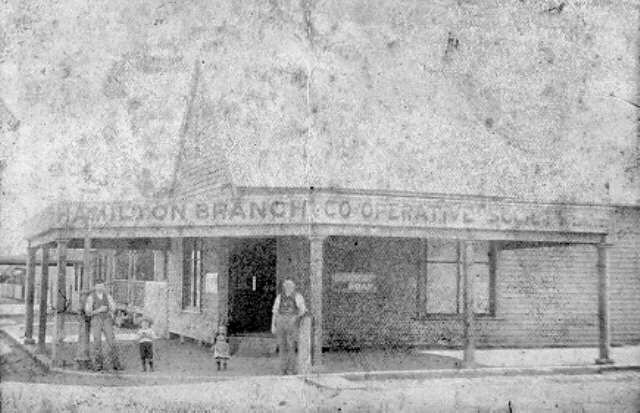 
The Cooperative Store inadvertently provided George Donald with the on-the-job training needed to set up on his own. In 1865, just 6 years after his arrival, Donald established a grocery store on the corner of Beaumont and Tudor Streets. This would have been competition for the Cooperative Store.

Donald did well, later adding an ironmonger and chemist to his  family grocery business. 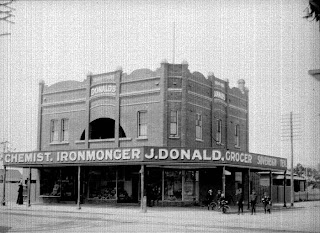 
George Donald's land extended across two sites on Tudor Street, between Beaumont and Murray Streets. Over time, as evident in the photograph below, the building on the landmark corner site was extended and remodelled, with other businesses leasing space. 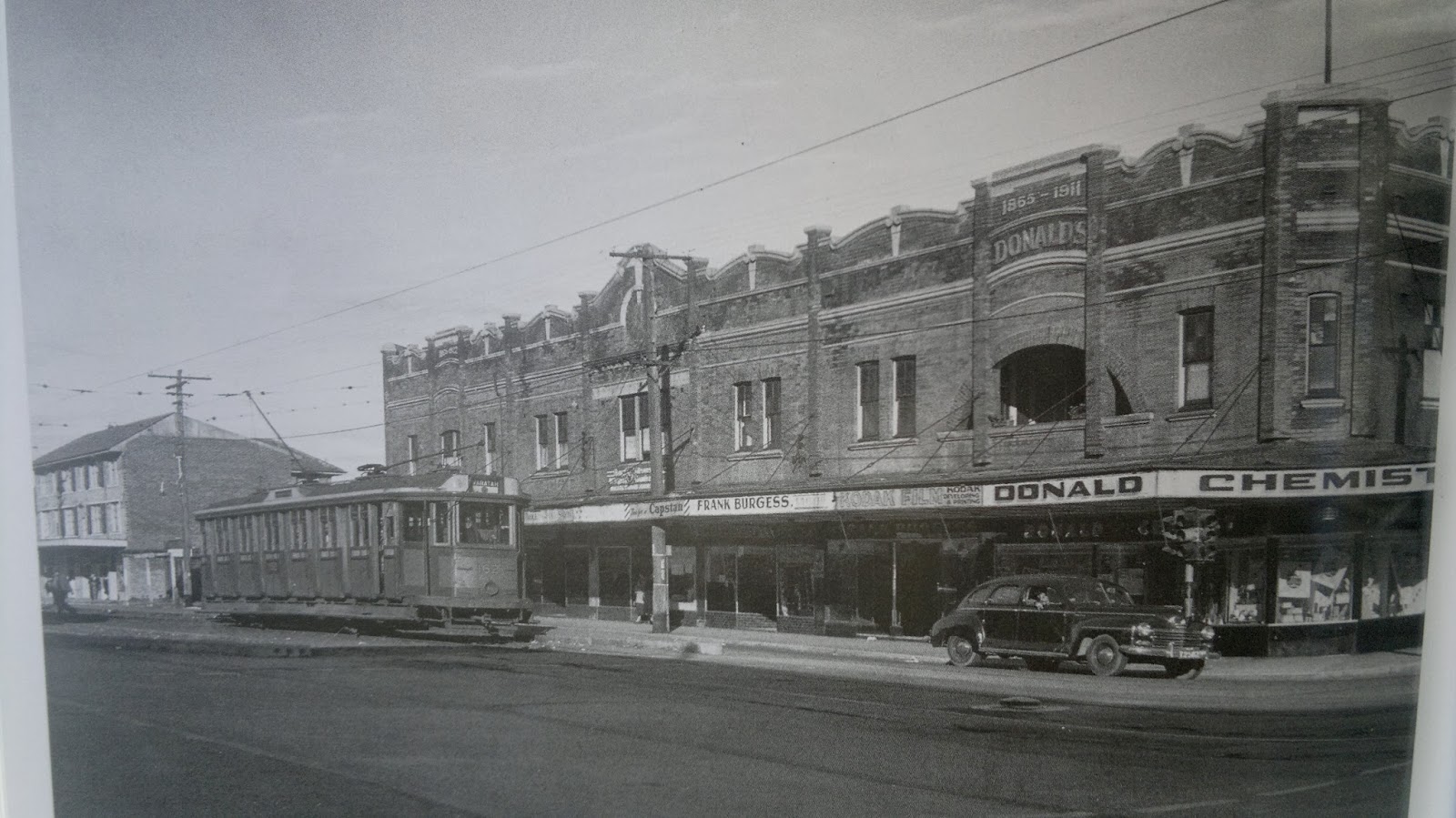 
George Donald and his wife Margaret had seven sons and three daughters. With a growing family, George Donald was active in Hamilton Public School affairs. Clearly not afraid of over commitment, he served for periods of time as Secretary of the School Board, and of the Mechanics Institute.

A striking example of George Donald’s drive and initiative was the impetus he provided for the formation of the Hamilton Scots Kirk. [3]

While a small wooden structure built in 1859 on the corner of Denison and Milton Streets was thought to be the first purpose built church in Hamilton, the Presbyterians worshipping there experienced scandal and schism. That’s another story. Between 1866 and 1868, the church was left without a Minister.

Many Hamilton Presbyterians still travelled to churches in Newcastle on Sundays. In an interesting gesture, the AA Company provided free horse drawn trolleys as transport for Presbyterians and Methodists. When this free service ceased in 1880, George Donald decided to take action.

No doubt using the lobbying and administrative skills acquired as three times Mayor (1872-76), he successfully pursued Hamilton’s claim as a separate Presbyterian parish. By 1882, the parish had installed its own minister, Reverend William Gray. When the old church in Denison Street proved inadequate, George Donald was instrumental in securing the present block on the corner of Tudor and Murray Street for the new church. On a trip to England he negotiated with the AA Company for an exchange of the former site for the new block of land.

The foundation stone for the new Scots Kirk was laid on 29 January, 1887 just several weeks before his death aged just 56. Although suffering ill health dating from his last term as Mayor, George Donald was able to make a visible and enduring difference to his community. A memorial plaque in his honour is on the southern wall of the Kirk.

The Scots Kirk is modelled on the design of Dunfermline Abbey in Scotland, where George Donald was born. On the outside, it appears a modest traditional church building of its time. Inside, be prepared to be surprised by the drama and beauty of ten stained glass windows around its walls, with Rose, Alpha and Omega windows above the choir gallery . [4] 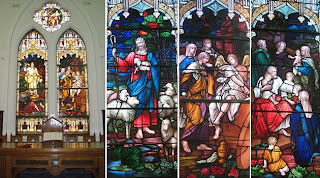 
And then the earthquake...

Although the details are obscure, it appears that after his sudden death, members of the large Donald family continued the businesses George Donald had established. The photograph below, taken sometime before the 1989 earthquake, shows a substantial corner building and diversity of tenants.

Remember, George Donald had started out on this site in 1865. 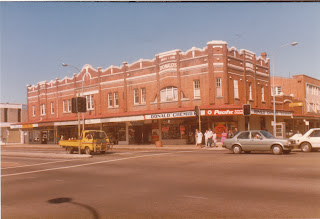 Donald’s Corner before the 1989 earthquake (n.d.)
Photograph from the collection of Mavis Ebbott

The Newcastle earthquake in 1989 severely damaged the buildings on Donald’s corner  but the Newcastle Council prevaricated on its demolition. Eventually, approval was granted. Before the earthquake, occupants of the original two storey buildings had included Donald’s Chemist, a milk bar, the Etna restaurant, a florist, dress shop, barber and estate agent. [7]


We know that by 1989, Bob Donald was operating the original Donald's Chemist. When he began to look for new premises, he found ready vendors close by in the Mitsios brothers, Con and John. They had run the Niagara Cafe on the opposite corner from 1956, for 35 years.

The Niagara Cafe is another Hamilton icon, remembered by many Novocastrians  from as early as the 1920s to the 1980s. It was founded by the Karanges family - Greek immigrants now with five generations spread across Australia.[5] An excellent article about the Karanges family can be read here.

Memoirist Margaret Colditz – and many other Novocastrians – remember the early days of the Niagara Cafe. She writes:

Milkshakes came eventually, however – who doesn’t remember the anticipation of taking possession of one of those fingertip-chilling aluminium containers?

Above the Niagara Cafe was a ‘gambling den’. One of at least three illegal betting spots on Beaumont Street (another was at the Mook family’s fruit shop and home – read more here) it was largely left alone by police. Interestingly, it was not until off-course betting became legal through TABs that police began to crack down on illegal SP betting.

When he relocated his pharmacy across Tudor Street, Bob Donald kept one of the cafe booths as a tribute to the building’s heritage. The booth was eventually moved because of space demands, but the step remained as part of the front entrance until half was tiled over to make a ramp for accessibility. Craig Jeffriess  shared this local history about the Niagara Café on the Lost Newcastle Facebook site. The step was white marble and had 'Niagara Cafe' inscribed on it.

A coffee shop has now returned to the corner, a franchise of the popular Gloria Jean’s. 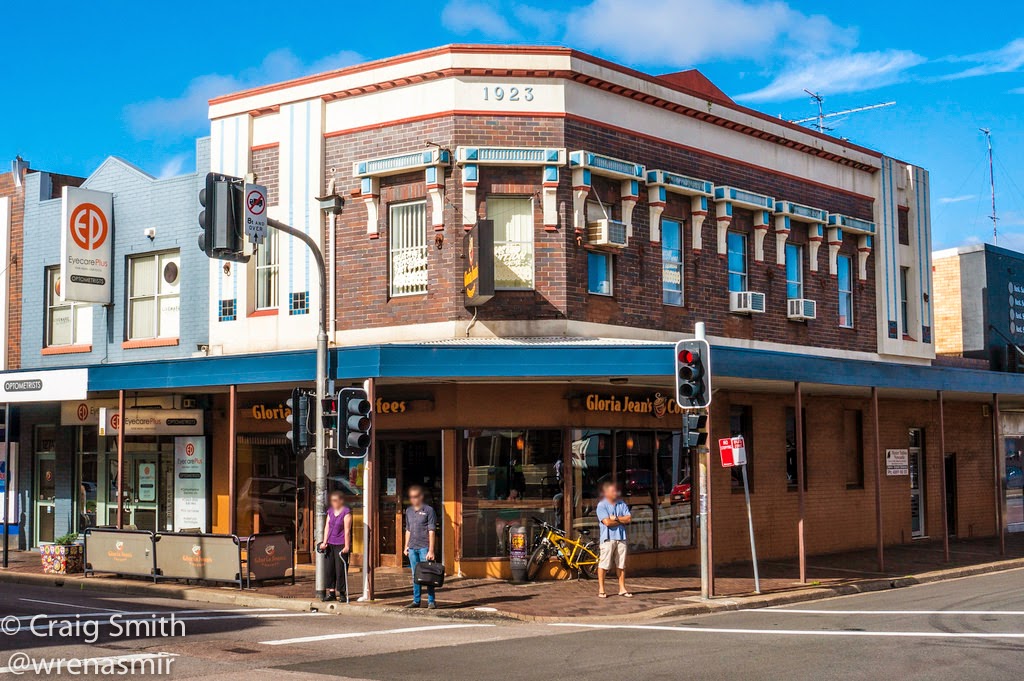 Northeast corner of Beaumont and Tudor Streets, once the site of the Niagara Café and Bob Donald’s All Night Pharmacy (2014)
Photograph by Craig Smith

Back on the original ‘Donald’s Corner’, there were no takers for this landmark site throughout the 1990s. The site lay vacant for a decade. 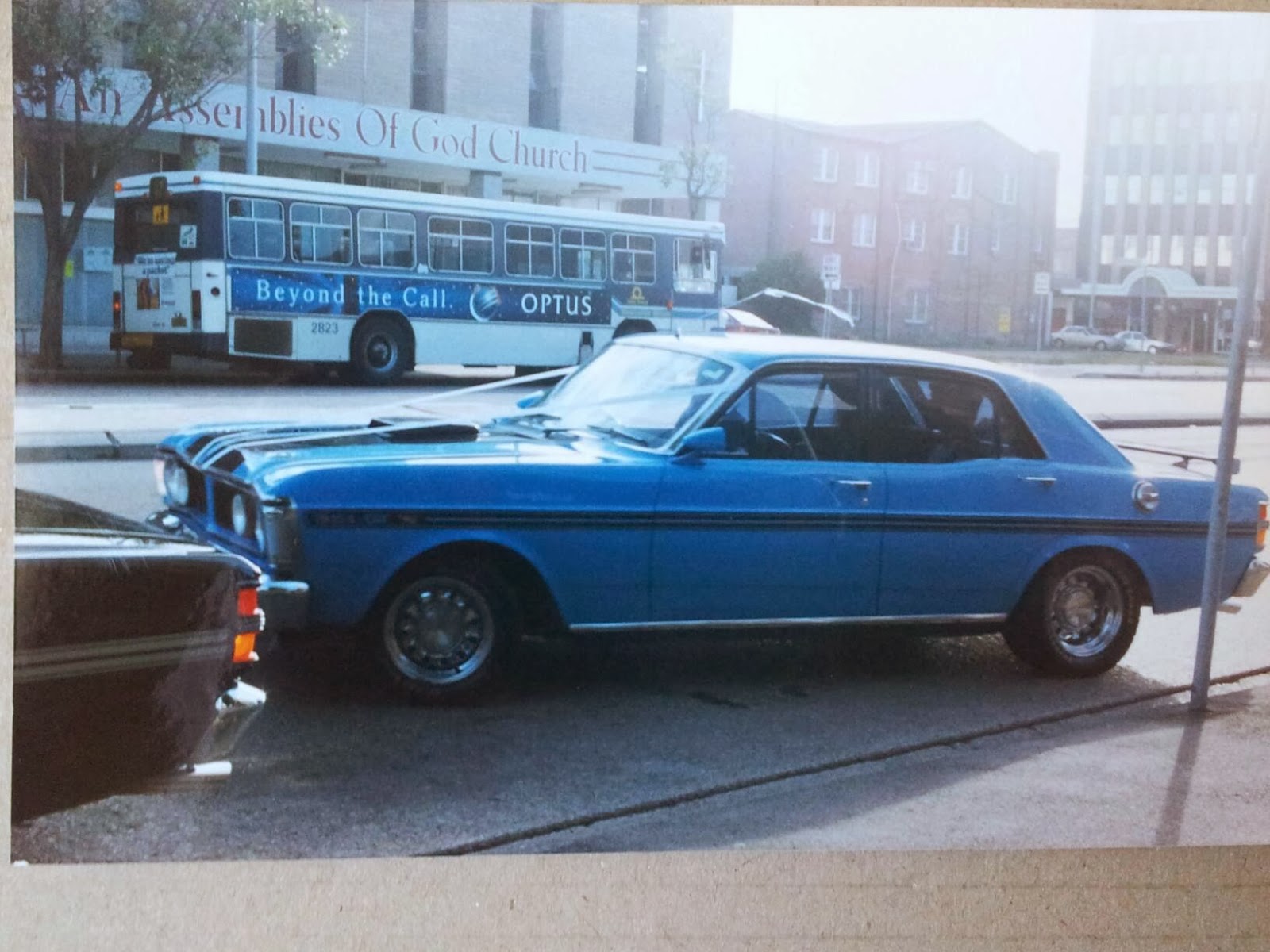 
It took the initiative of three local businessmen - Steve Foteff, Van Jovanovski and George Yanis - to give this prime space a new life. As he travelled to other cities, George Yanis had noticed how apartments were emerging as an alternative to hotel rooms. He had already built a block in Donald Street. Read George's family story here.

Nearly ten years after the earthquake, Newcastle City Council approved plans for a new apartment building, the first of its kind in the Hunter region. The original plans had been for three storeys but a Council officer pressed for five for the prime corner site. Five storeys were approved.

The Boulevard on Beaumont was built in 2000 across two sites on 1049 square metres of commercial space. It offers 32 suites - studio and two bedroom – each with kitchen, laundry, and sitting area. A four star facility with bar and restaurant, it was refurbished in 2010 and is now a part of the Quality Suites hotel group. 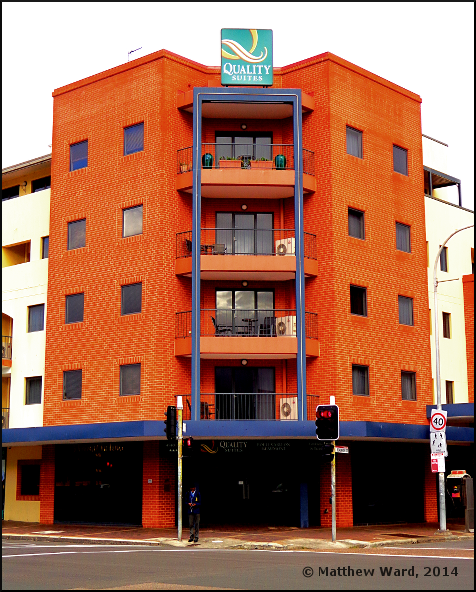 Once again, after devastation and a decade of not knowing its future, Donald’s corner has been restored to its status as a Hamilton landmark. 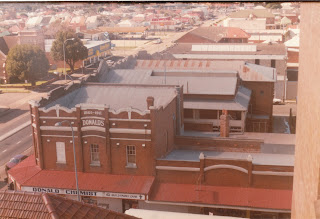