"Crushed Between Two Coal Skips in the Borehole Colliery, Hamilton"


Ten stark, simple words, in an email sent to me by Hunter historian, Fr Brian Roach.

Ten words, carrying the story of a terrible death, a family tragedy and the weight of more than a century’s collateral damage from the coal industry in the Hunter.

Two days later I was looking at the names of 1,795 miners on the Memorial Wall at Aberdare, a small mining community an hour’s drive west of Newcastle 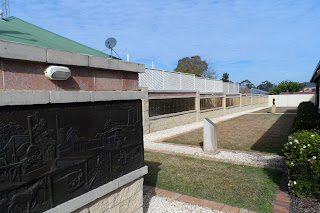 
The Memorial honours miners killed in the course of their work in the NSW Northern District, from Sydney to Grafton in the north, and west to Gunnedah.

Covering the period from 1801 to 2011, it may be incomplete. This is not only because of poor records from the early 1800s, but also because many more miners died as a result of dust diseases or lingering injuries.

Like a bright reflective mirror, the bronzed wall stretched the full length of the garden. On this chilly winter morning, I caught the scent of fading gardenias bordering the memorial garden path as I searched for and found just two names – John Roach -

It was the story of Richard Nicholls, shared with me through the Lost Newcastle Facebook site by his great great grand daughter Rhonda White, that started me on this journey. 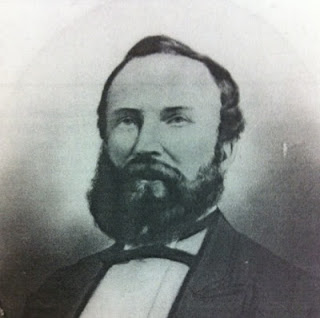 Richard Nicholls (n.d)
From the collection of Rhonda White


Richard, his wife Catherine and six children lived in William Street, Hamilton for 22 years, from 1875 to 1896. Prior to coming to Newcastle, Richard had been a publican. House blocks around William Street were first released for sale in 1871 – perhaps Richard had been able to save up and buy one of these in 1875. He would have been 37.

It was the pure sweetness in her face that struck me, when I first saw this photograph of Catherine, Richard’s wife and Rhonda’s great great grandmother. 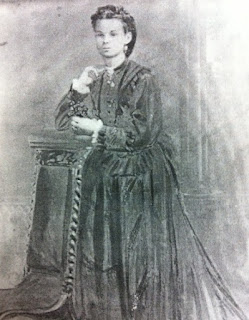 
From the collection of Rhonda White


Following the death of her own mother in England, Catherine and her two sisters had been sent by their father to Australia on the ship Africana in 1865. Catherine was 14 years old. The three girls were placed in the care of their maternal grandfather in Sydney.

In 1892, Richard lost his second wife. At the age of 42, Catherine succumbed to “phthisis” – a Greek word for the deadly disease tuberculosis, known colloquially as “galloping consumption”. This infectious disease flourished in overcrowded conditions with poor sanitation.

Hamilton Municipal Council was still struggling with the challenge of providing all its residents with safe ways of disposing of human waste (“nightsoil”), as well as clean water.

Catherine was unlucky. The tuberculosis bacillus had been identified a decade before she died, and around the time of her death, effective treatments were being developed. Who knows whether she had any possibility of accessing such care?

Richard was left with the six children. We don’t know how he coped, working long arduous days underground, but by this stage the older children would have been able to help. Most likely a couple of them would have had jobs too. 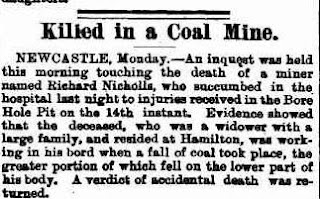 
From the collection of Rhonda White

Richard was 58 years old when he was crushed by a fall of coal in the AA Company’s No. 2 Pit at Hamilton. 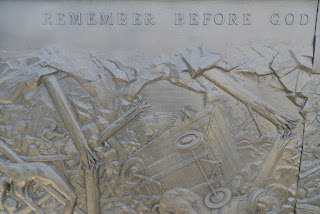 A Mining Accident
Detail from the bronze frieze at the Miners Memorial Wall, Aberdare 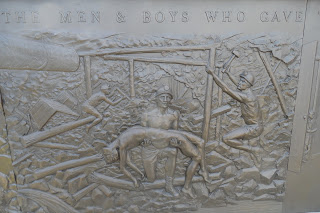 We don’t know for sure, but it is likely Richard had worked in the mines most or all of his life. By 58, he would have been a tough and experienced worker. Given the hazards of the industry, perhaps he had done well to survive this long. 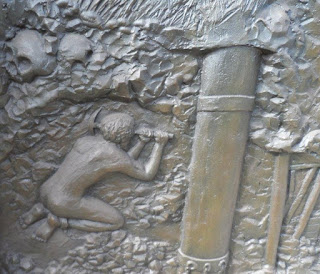 Rhonda can trace the family’s residency in William Street to 1896, the year Richard died. Nothing is known about what befell the family immediately afterwards. The youngest child would have been 10, the oldest about 24. Rhonda’s great grandmother was 17 when she became an orphan.

At least Catherine’s death might have allowed some time for the family to adjust the loss that loomed ahead. When I see a media report about a sudden death – someone who went cheerfully off to work in the morning as usual, but never returned alive – I can’t help putting myself in the shoes of those left behind.


Who came to the little house in William Street that night, to tell the family a terrible accident had befallen their father and he had been taken to hospital?

After his death next day, did relatives and family rally around? We know that these early mining communities were often tight knit groups, and that the Friendly Societies were important sources of support. I try to imagine how the days following their father’s death unfolded for the children, left bereft of both parents now.

What happened to the house in William Street? Did the older children take on the younger ones, or were they placed in the care of relatives or others? Where did they all find a place to live?

Their last anchor had gone, their strong, hard working father.

Rhonda’s family was struck twice, with the death of her other great great grandfather Reuben Davies at Hetton Colliery in 1911. Yet the family, somehow, has survived through the generations and is now bringing its history to light.

The United Mine Workers Federation continues to work hard to improve safety and conditions for its members. The bronze plaque on the Memorial Wall concludes:

“We can never forget that the real price of coal is the blood and bones of our members, along with the heartache and pain inflicted on thousands of families and friends who lost their lives in winning coal”. 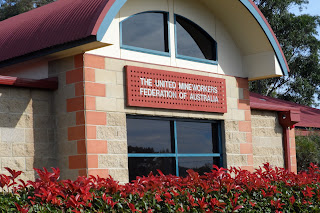 The Memorial Wall can be found in the grounds of The United Mineworkers Federation of Australia, 67 Aberdare Road, Aberdare.

Thank you to Rhonda White, for story and photographs, and to Fr Brian Roach.