A community celebrates its stories

It wasn’t until I took my place near the lectern, ready to speak, that I saw the crowd that had been tucked around the corner, out of my line of sight. 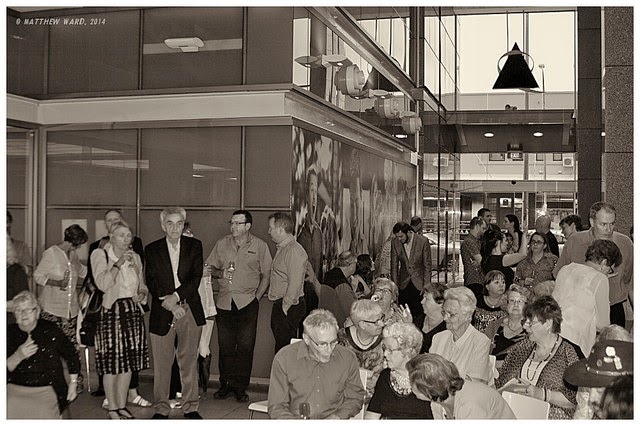 Gathering for the launch of ‘Hidden Hamilton'
Photograph by Matthew Ward


Momentarily, I was shocked at how many people had gathered. I’d been immersed in signing books, focused on a queue of people that just kept on replenishing itself. 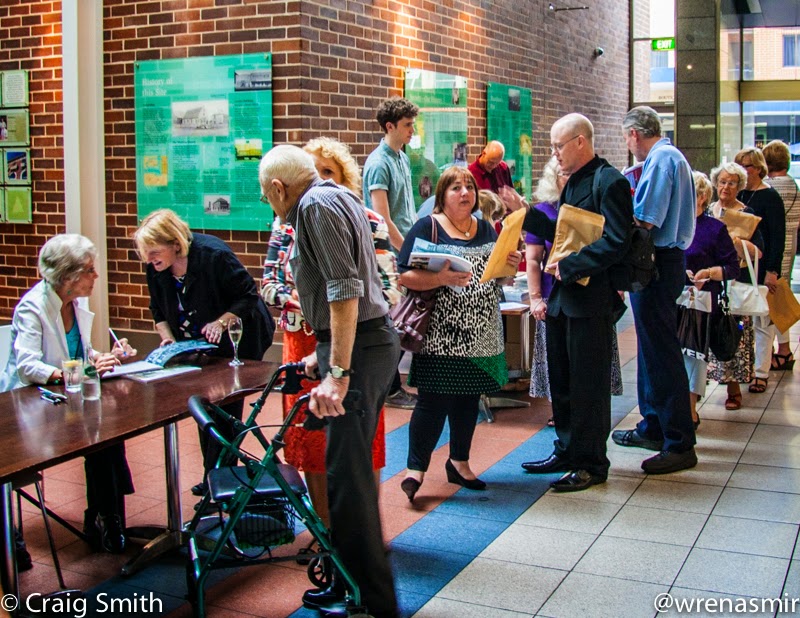 The Three Bean Espresso café was a perfect venue for the launch. At once intimate and expansive, its chameleon spaces wrap themselves around small and large groups as needed. History is on the walls and under the flooring, telling of the earliest Wesleyan Chapel uncovered during renovations for the Greater Building Society.

Almost every story in ‘Hidden Hamilton’ was represented by someone in the room that evening. As well as people who starred in stories, there were many descendants of others no longer with us. 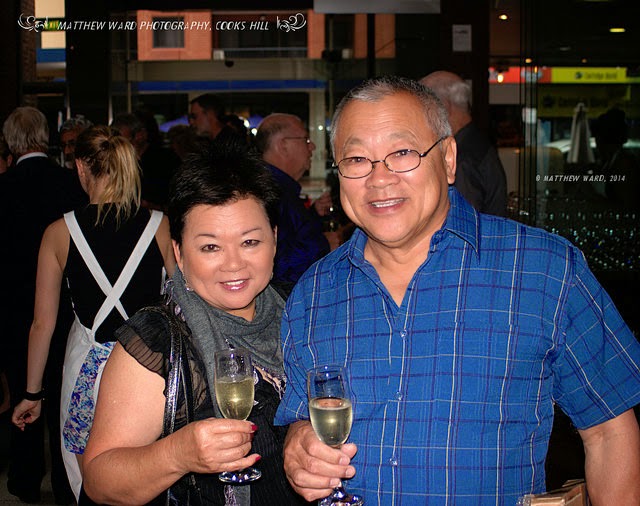 Celebrating a family: Terea Purnell and Stephen Lee, daughter and son of legendary jitterbug dancer and skater of the 1940s and 1950s, Phyllis Mook
Photograph by Matthew Ward

Invitations had been sent to everyone who had contributed stories, information or photos to my blog and book, or who had helped and encouraged me in my quest to discover my suburb. Some guests had travelled long distances, even returning from holidays for the event. That enthusiastic crowd signified how many people had a share in what I had created.

Hidden Hamilton was no longer mine, but ours. 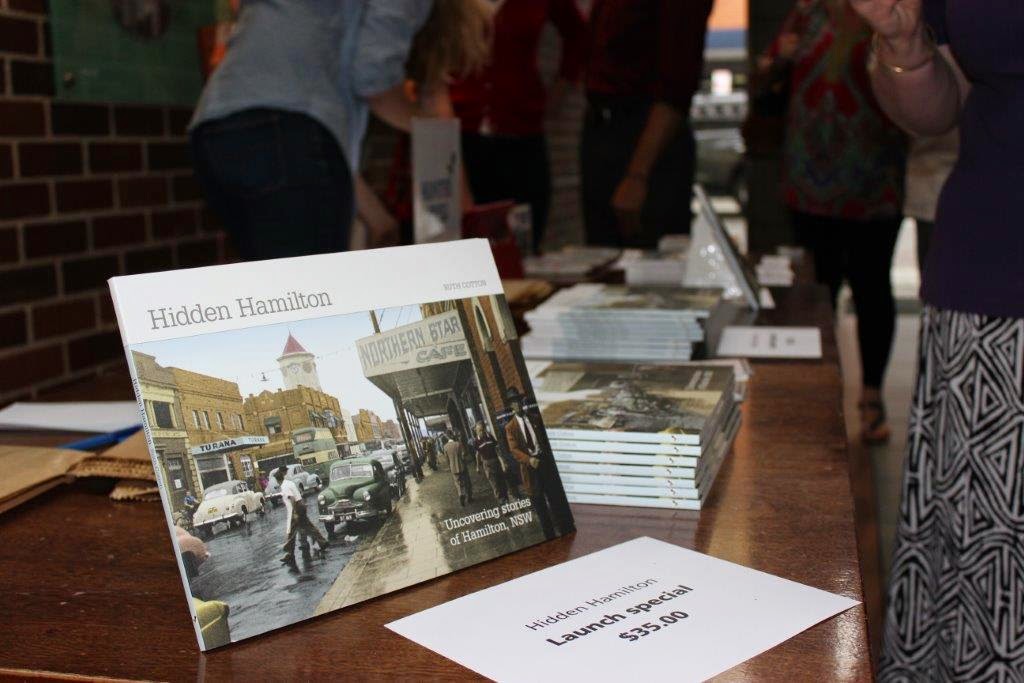 The finished product: books on sale
Photograph courtesy of the Greater Building Society


I named three living treasures of Hamilton’s history that night. Ada Bizzari, who with late husband Lorenzo operated the Northern Star Cafe for 18 years from 1974; Silvia Saccaro, who with her late husband Rigo ran the Gelateria Arena for 20 years from 1969. 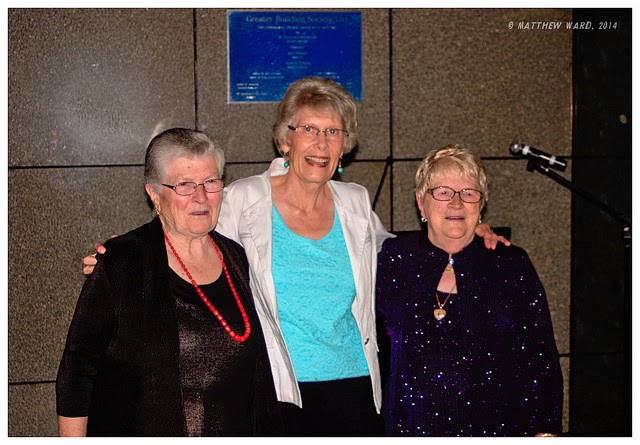 
And then a last minute discovery, and a very last minute inclusion in this book - Mervyn Roberts, the only surviving partner of Jim’s Dairy Delite Bar. 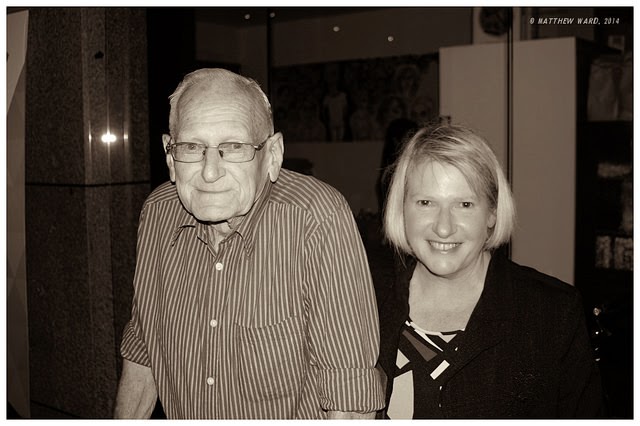 
What an honour to have these feisty survivors with us still. How much have I learned from them!

The stories in ‘Hidden Hamilton’ are enriched by anecdotes and snippets of information from the Lost Newcastle Facebook page, founded by former ABC journalist Carol Duncan. Launching 'Hidden Hamilton', Carol spoke eloquently of her journey creating the site, and tapping into a wellspring of passion for disappearing Newcastle. 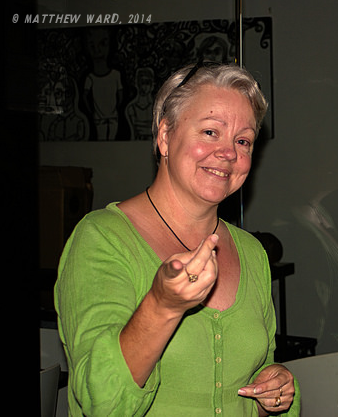 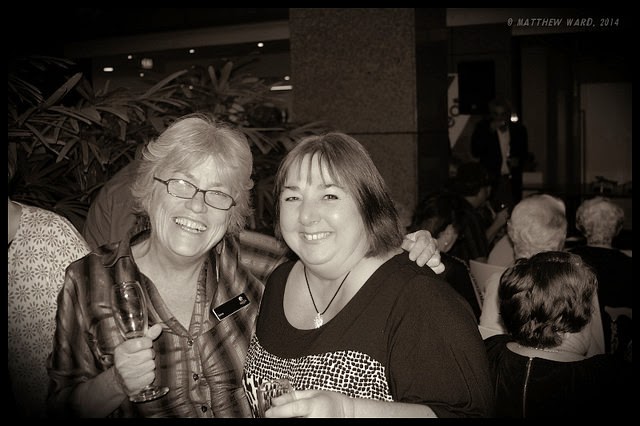 I stumbled into blogging because I wanted to share what I was discovering about Hamilton, about what was hidden, or in danger of disappearing. In time, I realized I was doing something for the community, not just myself.

When I needed high quality images of present day Hamilton for the book, Matthew Ward and Craig Smith stepped up. They met for the first time at the launch, and of course – admired each other’s work! 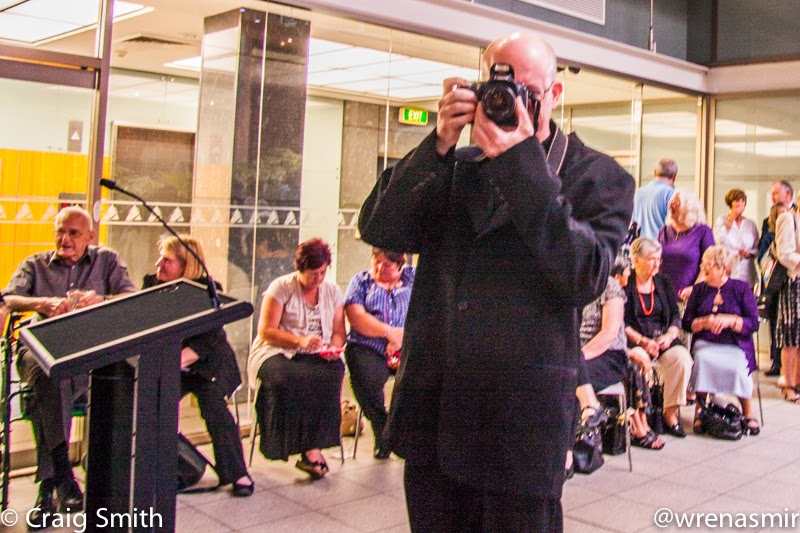 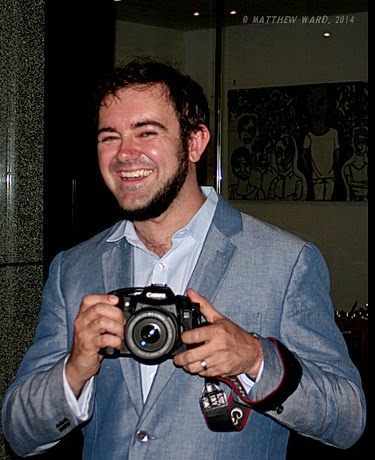 Newcastle’s cultural institutions were behind the project  – the University of Newcastle Cultural Collections, The Newcastle Museum, The Newcastle Region Library. The Hamilton business community believed in  what I was doing – after all, I’d talked about it enough – and provided financial support for the launch.

People who know so much more than about local history than I ever will, got me out of trouble on more than one occasion – people like Peter Murray, Doug Saxon, Ed Tonks  and Mavis Ebbott. 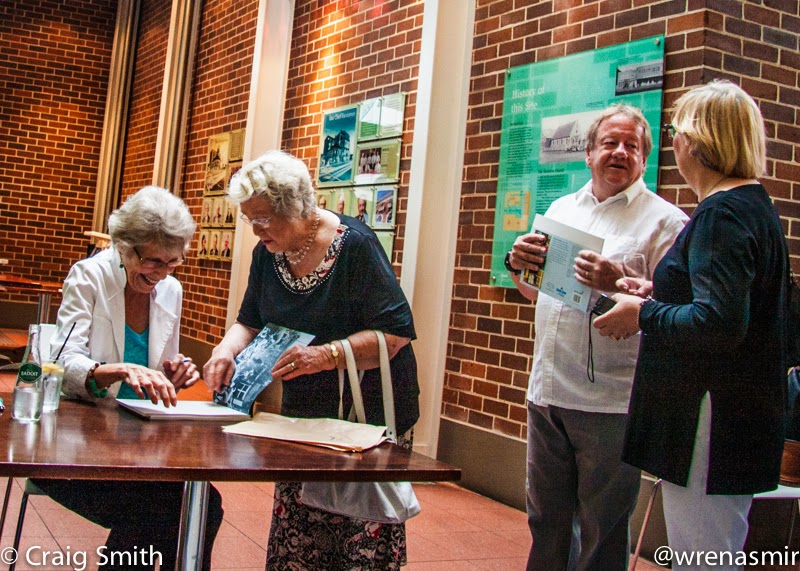 Local historian Mavis Ebbott has her copy of ‘Hidden Hamilton’ signed
Mavis once led regular history walks around Hamilton
Brian and Anita Agland, who feature in the Epilogue, are at the right
Photograph by Craig Smith


If all this sounds like a team effort, it really was.

Yet even more teamwork involved collaborating with Mark MacLean and Christine Bruderlin, of Hunter Press. When we began, Christine warned me that producing a book like this was the most technically complex of publication projects. She was absolutely right – but the end result is worth it.

I would not, and could not, have achieved 'Hidden Hamilton'  without them. 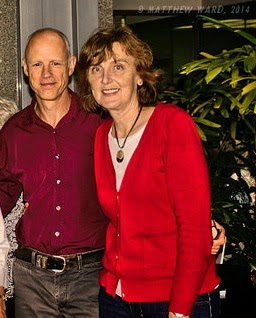 Professionals to the core - Mark MacLean and Christine Bruderlin, of Hunter Press
Photograph by Matthew Ward

Every project needs a champion. ‘Hidden Hamilton’ has Lynn Mangovski – a Hamilton resident and senior executive in the head office of the Greater Building Society. We wanted to produce a book that was both high quality and affordable, and the Greater’s sponsorship has made that possible.

My greatest reward has been to witness the joy this book has brought to so many people.

Soon after the launch, I attended  a routine appointment with my local GP. Immediately, he told me he'd seen my book. I’d never mentioned it to him.

‘How did you find out about it?’ I asked.

‘My patients keep bringing it in to show me,’ he replied.

I asked if that was because they were in the book.

‘No, no,’ he said. ‘They are just so proud to have something written about Hamilton!’

With Hunter Press, I would like to warmly thank the following local businesses:

Hamilton Chamber of Commerce for sponsoring the launch of Hidden Hamilton.

Other local businesses for additional sponsorship of the launch –

The Greater Building Society for sponsoring publication of Hidden Hamilton.