Search for the station master's house

Since I first discovered the trove of online digital images available through Newcastle’s cultural collections[1] I have been fascinated by the photograph of the Hamilton station master’s house. Damaged and discoloured with age, the cottage with three people standing in front had an other-worldly quality. I wondered where exactly it was – perhaps it still existed – and who those individuals were.

Two years later, when researching the story 'From ship's mate to Hamilton station master' I had a breakthrough.

Brian Archer, who had grown up in Hamilton, had contacted me after the publication of ‘Hidden Hamilton.’ His great grandfather was Harry Nesbitt, one of Hamilton’s earliest station masters (1909-1916). Brian had given me some excellent photographs of Harry and his family.

Harry had quite a characteristic appearance – tall, and lean, with a narrow head and thick head of hair, and a substantial moustache.

Gathering historic images for the blog post, I pulled up the Ralph Snowball image of the cottage, hoping to find a date. I immediately recognized the man in the photograph - Harry Nesbitt. Off it went to Brian, who was just as excited as I was, and agreed with me. He identified Harry, his wife Katherine, and one of their daughters. 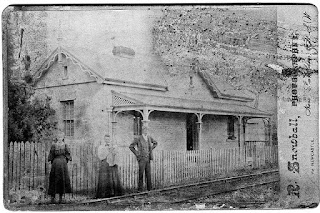 Hamilton Station Master’s Cottage, Hamilton NSW (n.d.)
The people in this photograph had previously not been identified. However, they are believed to be
Harry Nesbitt, his wife Katherine, and one of their daughters
Photograph by Ralph Snowball, courtesy of Cultural Collections, University of Newcastle, Australia

Where was the house? Perhaps the Lost Newcastle Facebook community could help.

Two cottages closely associated with the railway station emerged in response to my posting.

The first was the Gatekeeper’s Cottage, next to the railway bridge which carries motor vehicles over the line at Maitland Road. 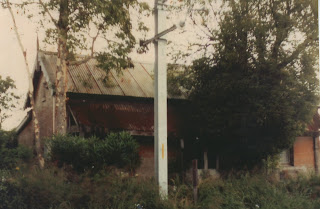 Rob McMahon knew the old cottage well – he’d grown up beside the railway line, living there with his family from 1962 to 1990. It had long ceased to be used by the gatekeeper, whose job would have been to open and close the gates on the level crossing that preceded the overpass, every time a train passed through.

‘I have lived in Hamilton my whole life and at 53 have no desire to live anywhere else. I can’t tell you how much I loved growing up here. I lived on the railway line in a very old house that was called the Gatekeeper’s Cottage.

Rob developed a love of trains that has never left him. As the steam train hauling oil tanks from Wickham struggled to negotiate a curve in the tracks close by, Rob would call out, ‘Hey mate, chuck us some coal!’ The fireman would direct shovels full of coal into the gutters, from whence the boys would collect it and take it home to mum to fuel the cooking stove.

He told me this on a bright September afternoon, as we walked to the eastern end of the parkland that now abuts the railway line to see both houses had once stood.

The Gatekeeper’s Cottage was demolished after the Newcastle earthquake, in 1990. 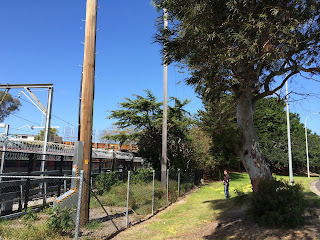 Hard up against the tracks - Rob McMahon on the site of the Gatekeeper’s Cottage, Hamilton, 2015
The site is now parkland adjacent to Hamilton Station

Next, the station master’s house.

A couple of members of the Lost Newcastle community located  the site some way east of the No 1 platform of Hamilton railway station. I thought that would place it within the same narrow strip of parkland that Rob and I were traversing, but on the Beaumont Street side of the Gatekeeper’s Cottage.

The probable site of the station master’s house is now grassed and scattered with planted trees, including a paper bark. 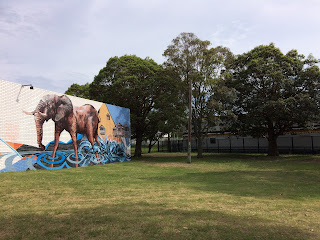 Site of the Station Master’s Cottage, Hamilton 2015
A giant elephant decorates the building that is 8 Donald Street, Hamilton

Who would guess that this innocuous parkland holds a secret – a piece of Hamilton’s railway history? Two houses, where railway men once lived ‘on the job’ with their families – but only as long as the job lasted. Two houses – where large families flourished, kids foraged for coal, and learned to love trains.