The pulling power of a high media profile was obvious even in the Newcastle of the late 1930s. When ‘sweetheart of the airwaves’ Elma Gibbs resigned to get married in 1942, thousands packed the Town Hall for her farewell. When she married Charles Puddicombe, a Newcastle Sun journalist, at Wesley Church, Hamilton, the press of people was so great that as she left the church, she ‘had to be carried to her car over the heads of the spectators’. [1]

The stellar ascent of Hamilton-born Elma Gibbs (1904-1973) began as a child elocutionist, performing in eisteddfods and pantomimes at towns along the north coast of NSW. What next but to become an actress? And later, a ‘Lady Announcer’ at Radio Station 2KO in Kotara, Newcastle, where she shone for almost a decade before marriage and children claimed her attention.

Elma’s career is fascinating enough in itself, as she was an exceptional young woman with skills that equipped her brilliantly for work on stage and radio. Her story springs to life though because of a collection of quality photographs, many taken professionally as publicity shots for 2KO, that have been treasured by Elma’s daughter, Caroline Morris. [2] They take us right into the magic of her glamorous world. 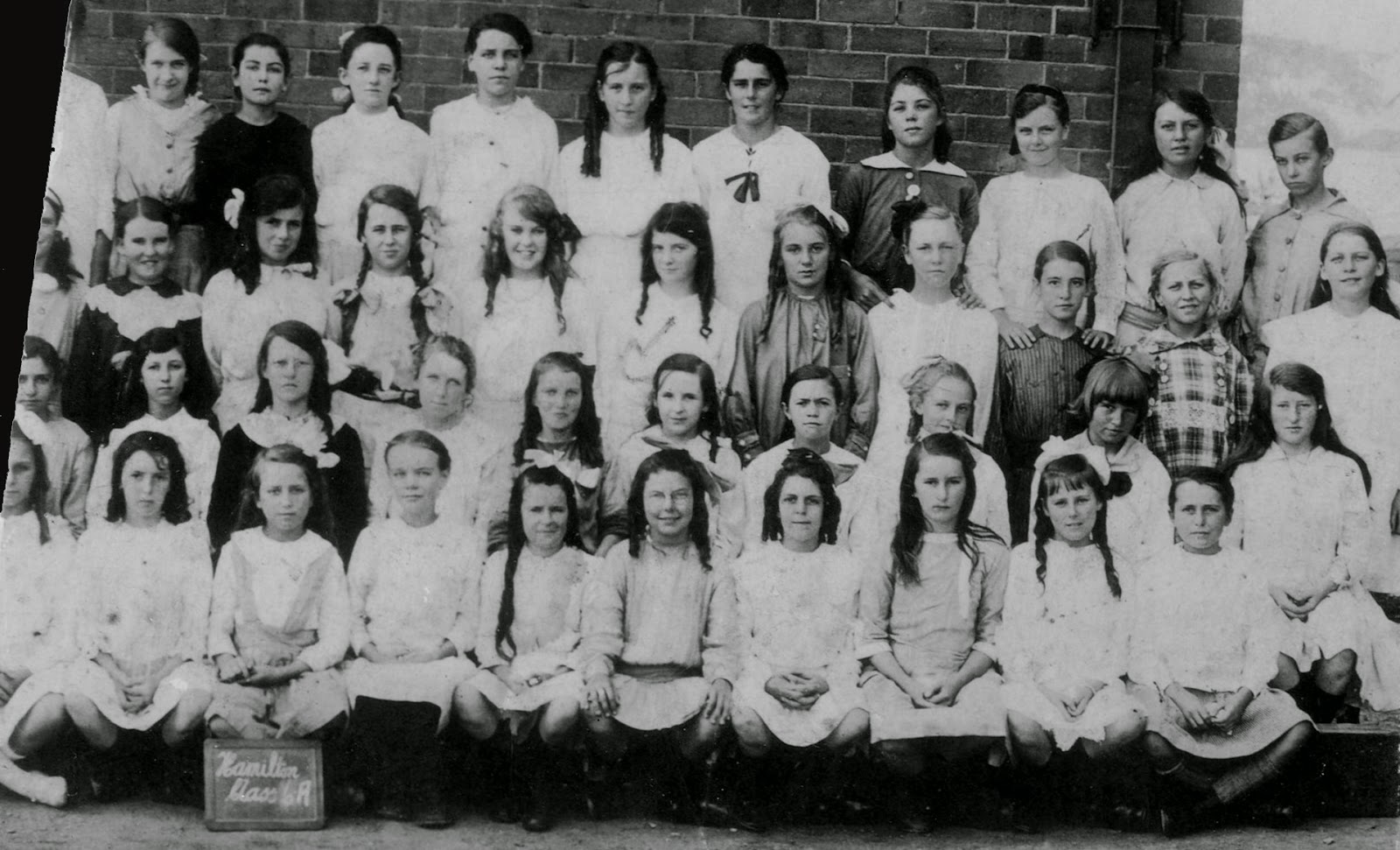 Class 6A c1916 Hamilton Public School
Elma Gibbs is in the back row, third from the right
Photograph from the personal collection of Caroline Morris

Elma learnt elocution and music as a child and performed in eisteddfods and in pantomimes, often with her sister Aphra. Travelling as far north as Lismore, she received a medallion from the Lismore Musical Society, in 1922. At home, she acted and sang in the Newcastle Dramatic Operatic Society. 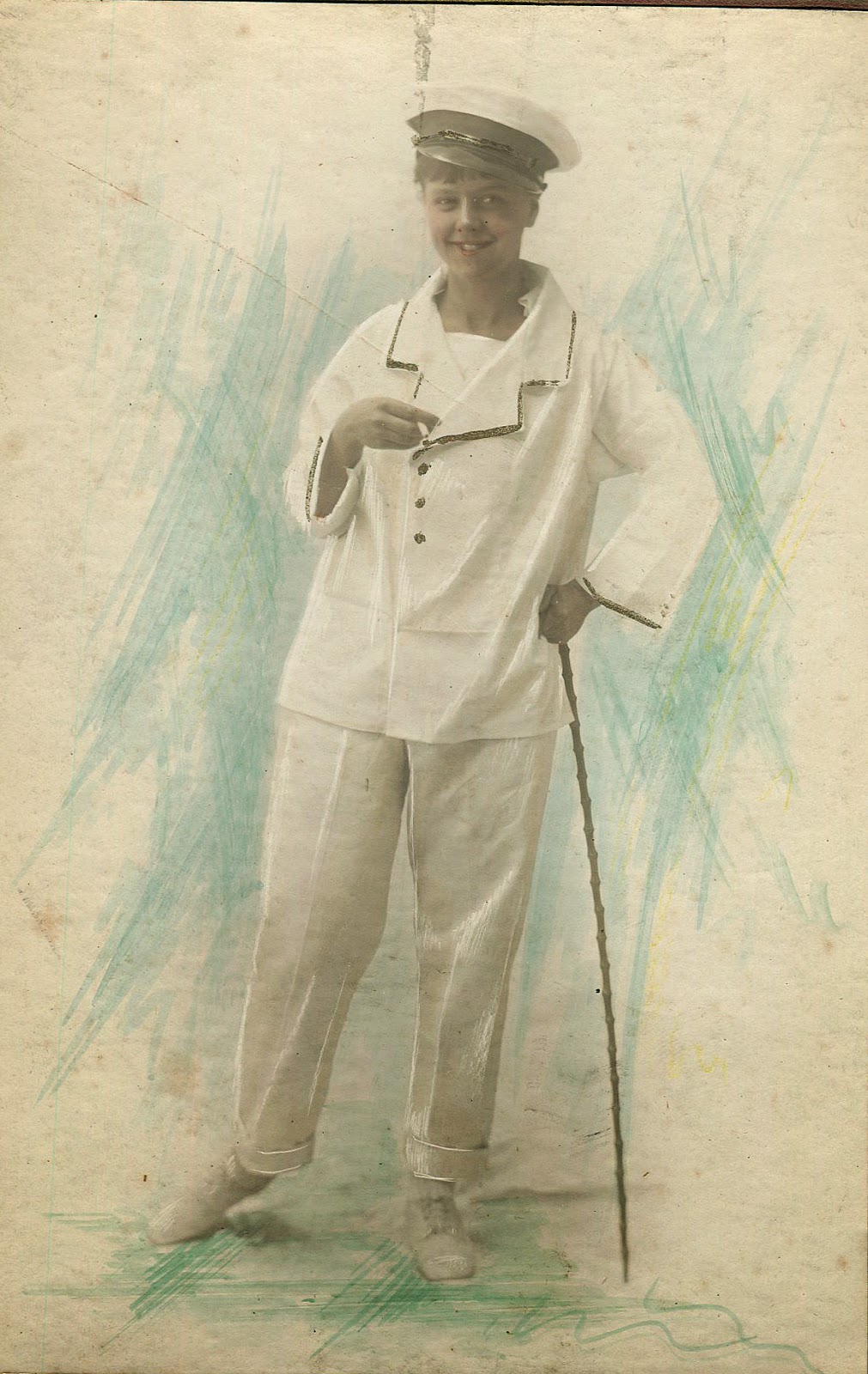 Elma Gibbs in pantomime costume, 1919
Photograph from the personal collection of Caroline Morris

I can imagine the excitement in the Gibbs household when Elma received a letter from the Managing Director of J C Williamson Ltd, asking her to ask her parents if they would allow her to join their new Comic Opera Company. They wanted her in the Chorus for a new production; she was to have an understudy; attend singing lessons and be paid three pounds nineteen pence per week. 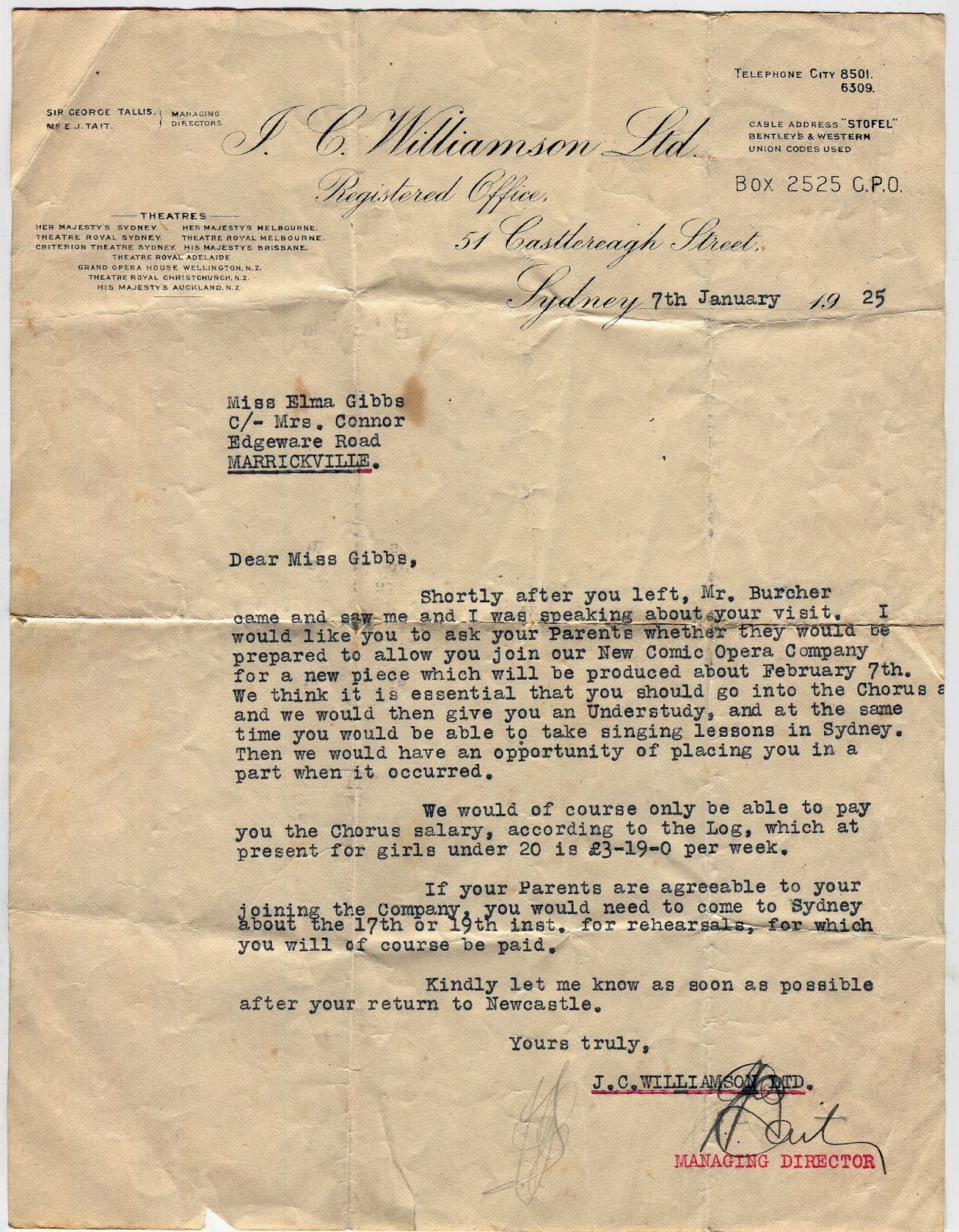 Over the next 8 years, Elma performed with the New Comic Opera Company in Sydney, traveling to Melbourne, Adelaide, Tasmania and New Zealand. 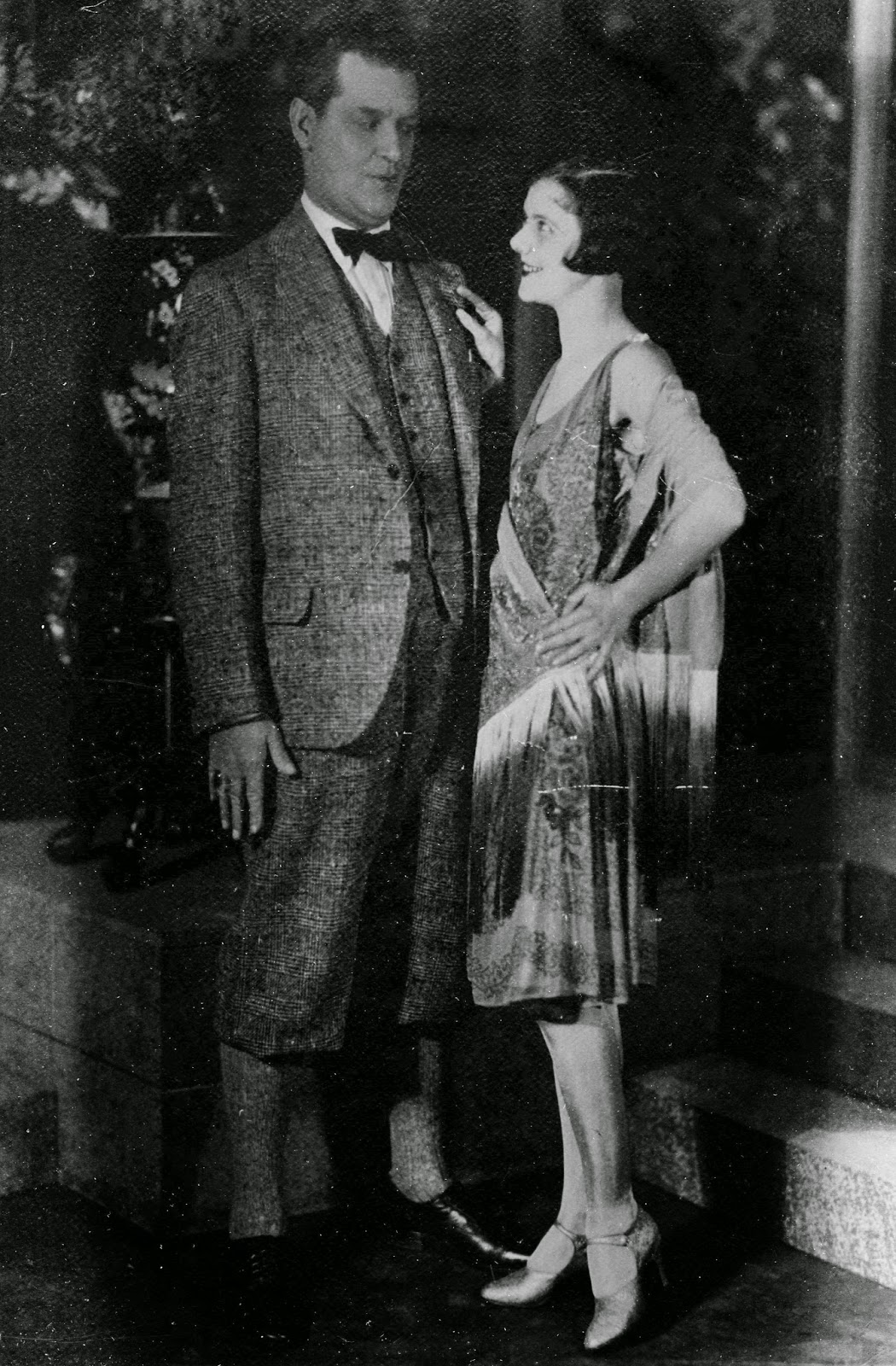 In Adelaide, Cradle Snatchers had been ‘freely rumoured’ to be too daring for the city’s theatregoers, and the script subsequently ‘watered down’. [4]


In Melbourne, the church-based United Social Questions Committee attempted to have performances of Cradle Snatchers cancelled, on the grounds that the play was ‘degrading to the sanctity of marriage, and was so suggestive in its inferences as to be unsuited to the ladies of Melbourne theatregoers.’ [5] The Chief Secretary, Mr Prendergast, read a police report that said the play was too farcical to be taken seriously, and that in their opinion, the degree of offensiveness of the play depended on the state of mind of the audience. The
Committee’s attempt to protect the sensitivities of Melbourne ladies failed. 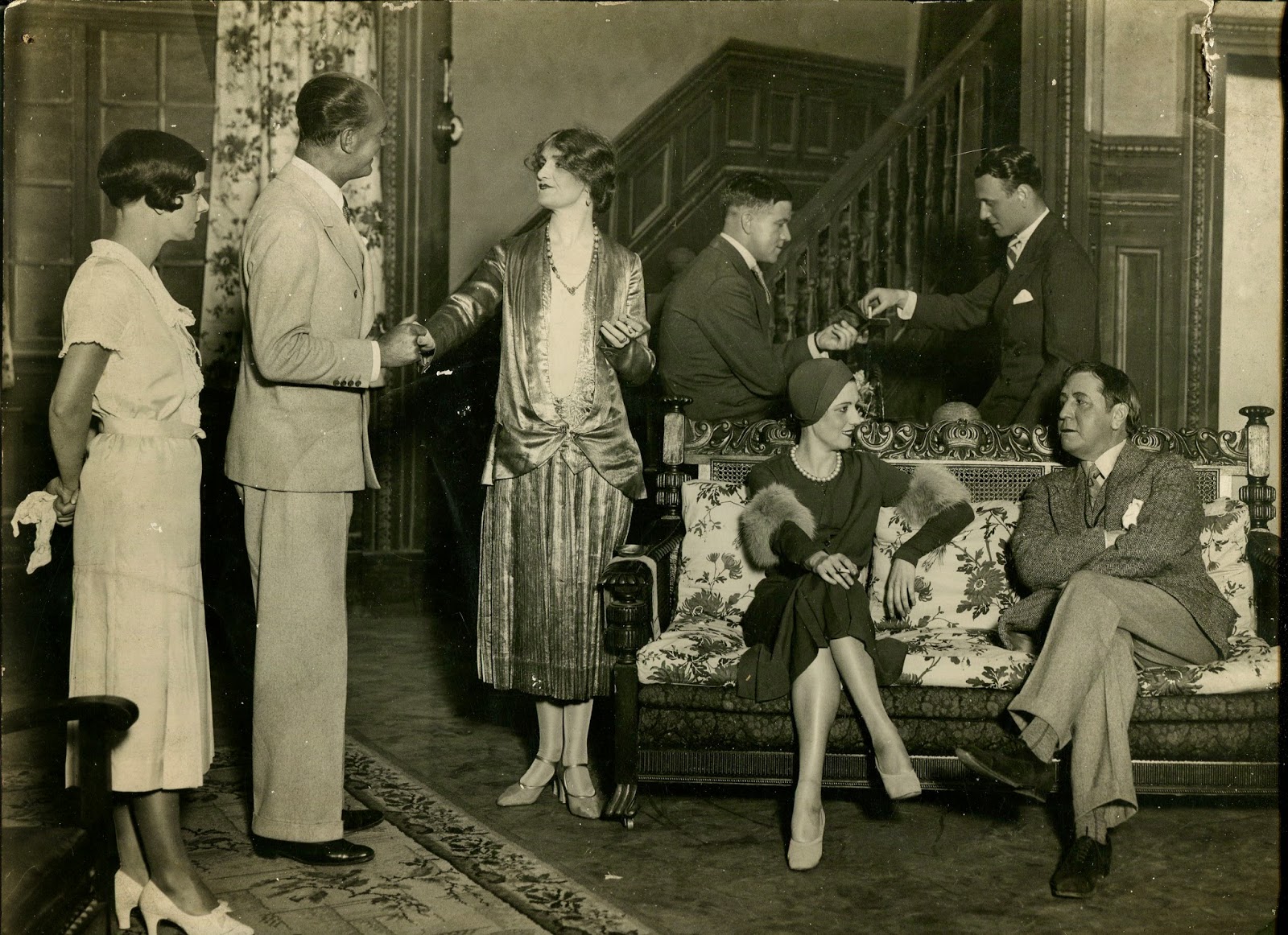 Elma Gibbs in Noel Coward’s play Hay Fever at the Melbourne Tivoli, 1931
Elma is on the far left, wearing a white dress and white shoes
Hay Fever was the first of Noel Cowards’ comedies to be professionally staged in Australia
Photograph from the personal collection of Caroline Morris


A new career beckoned Elma in 1933, when radio station 2KO [6] based at Kotara in Newcastle, advertised for a Lady Announcer. She applied, and was successful. 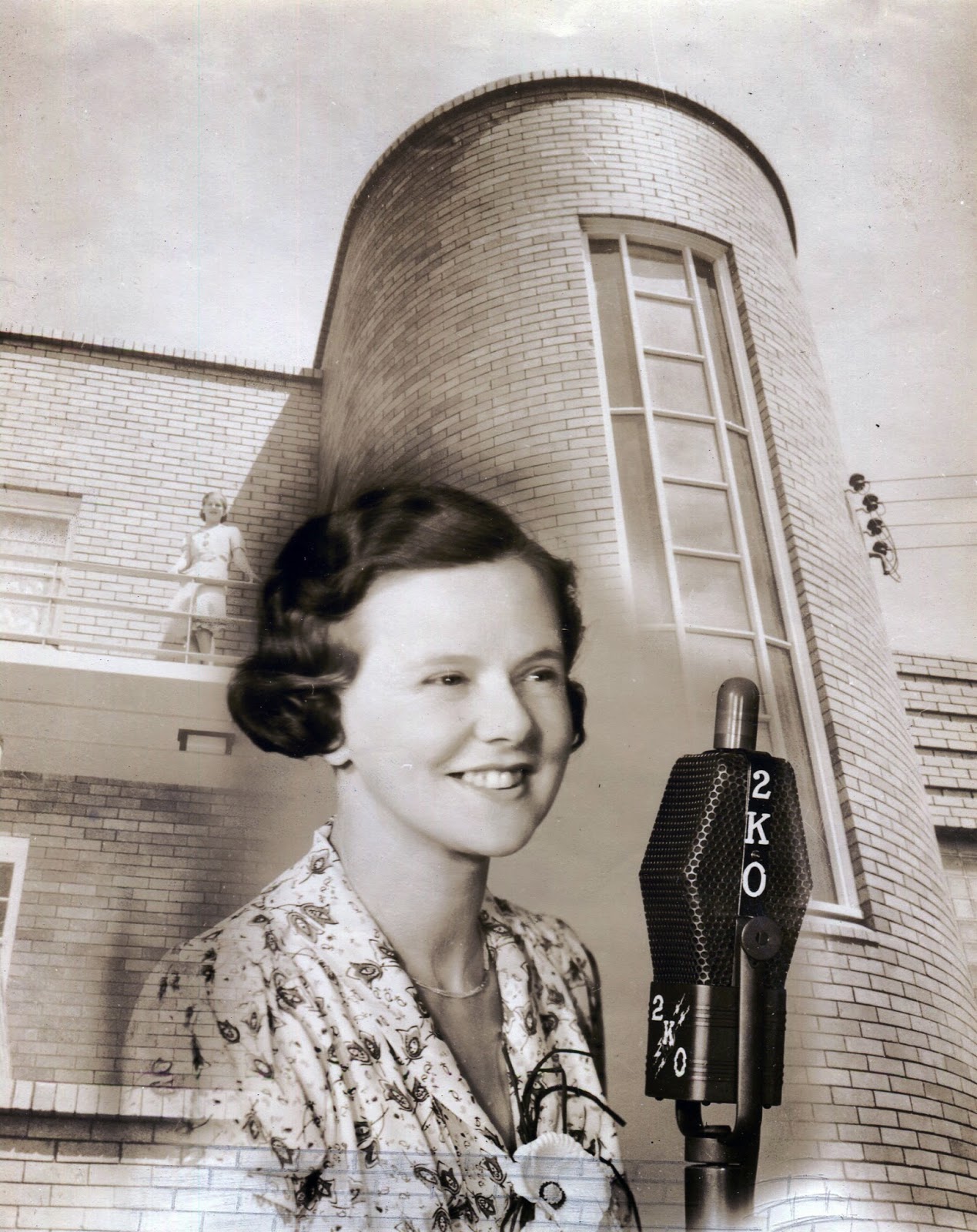 
Elma compered the Correspondence Club, or the OA Club (‘Our Affairs’). Listeners would use nicknames and send in pieces of information, and others would comment. At Christmas time they all sent each other cards and presents. It sounds like a forerunner of talkback radio. 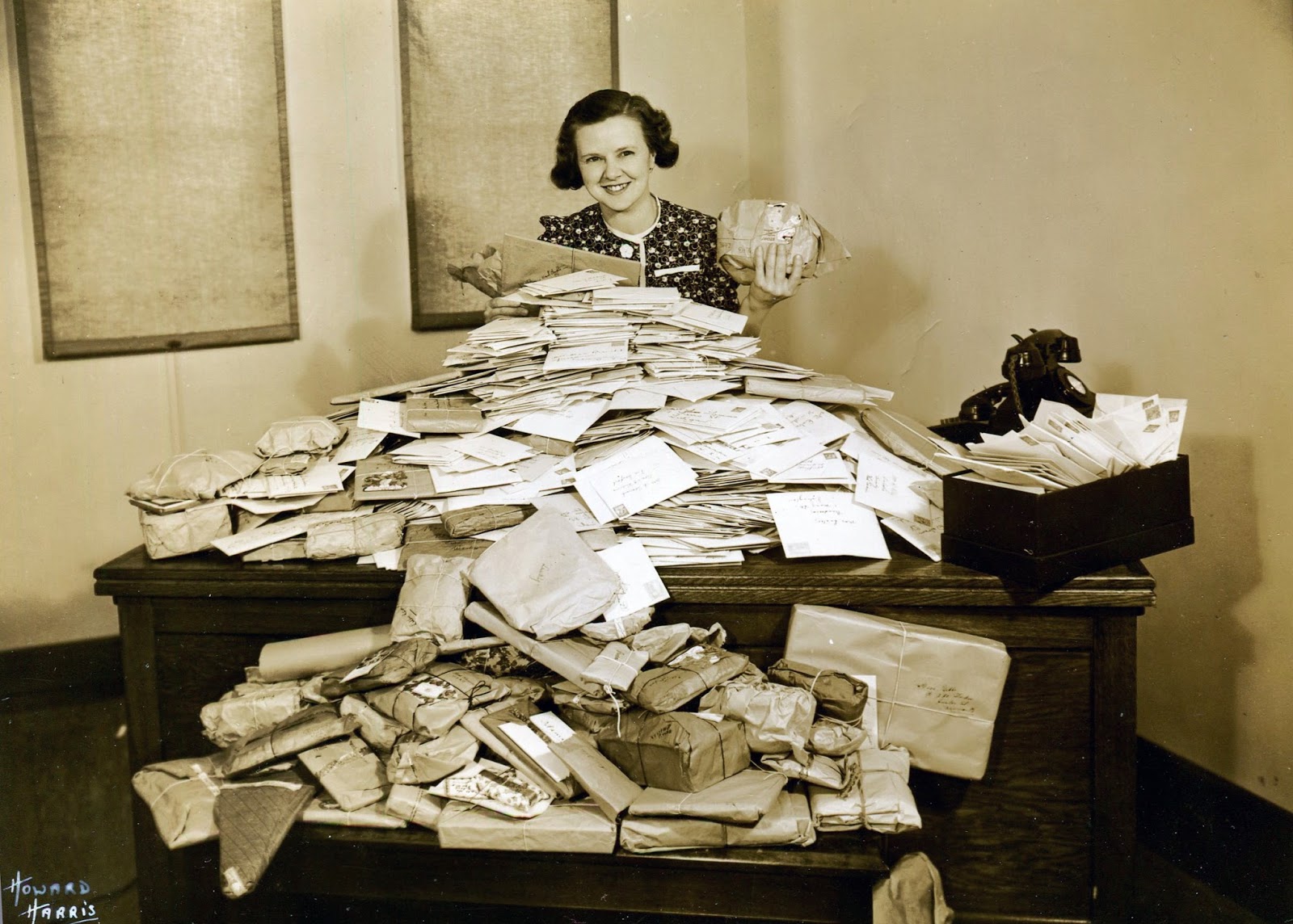 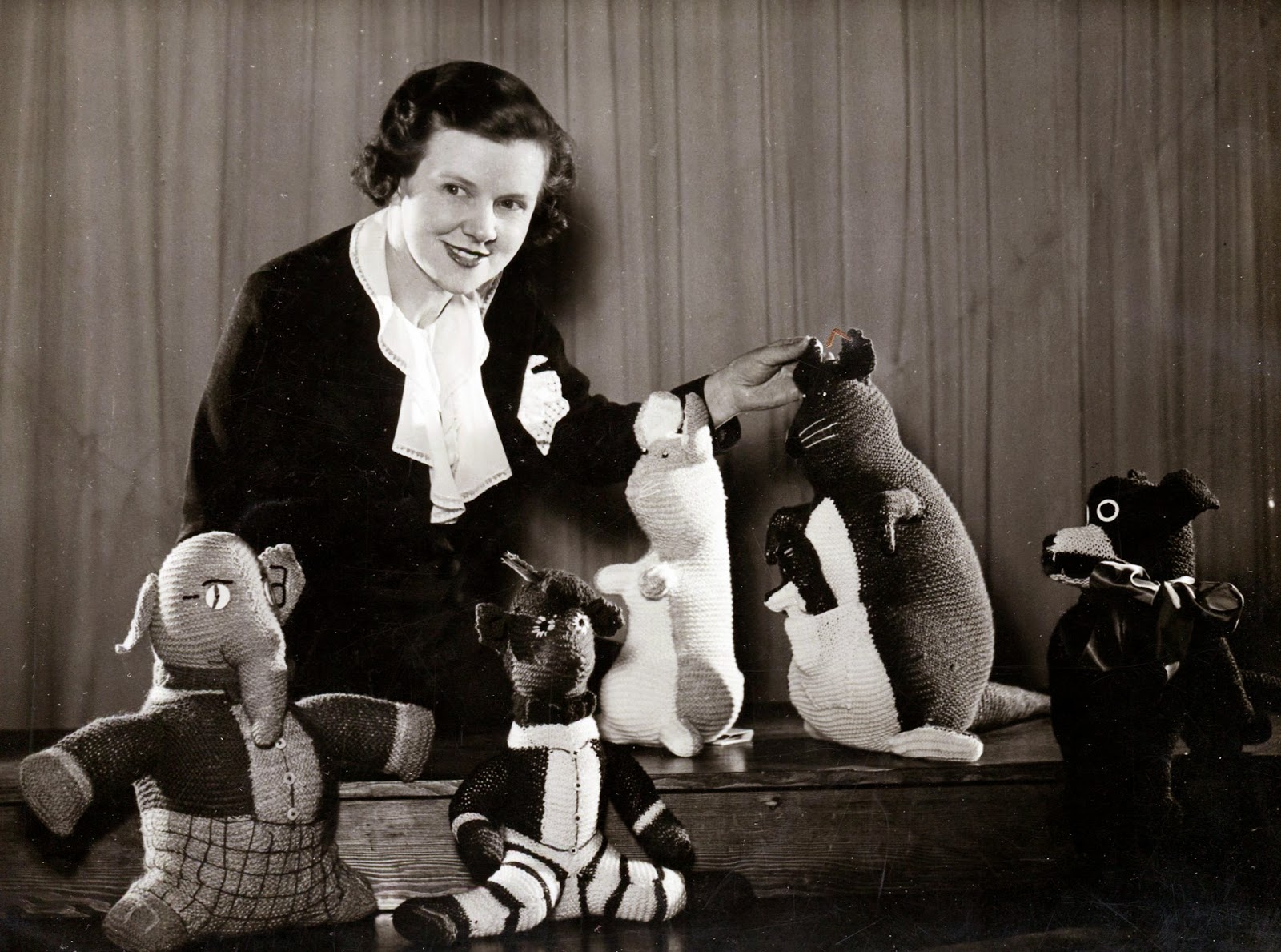 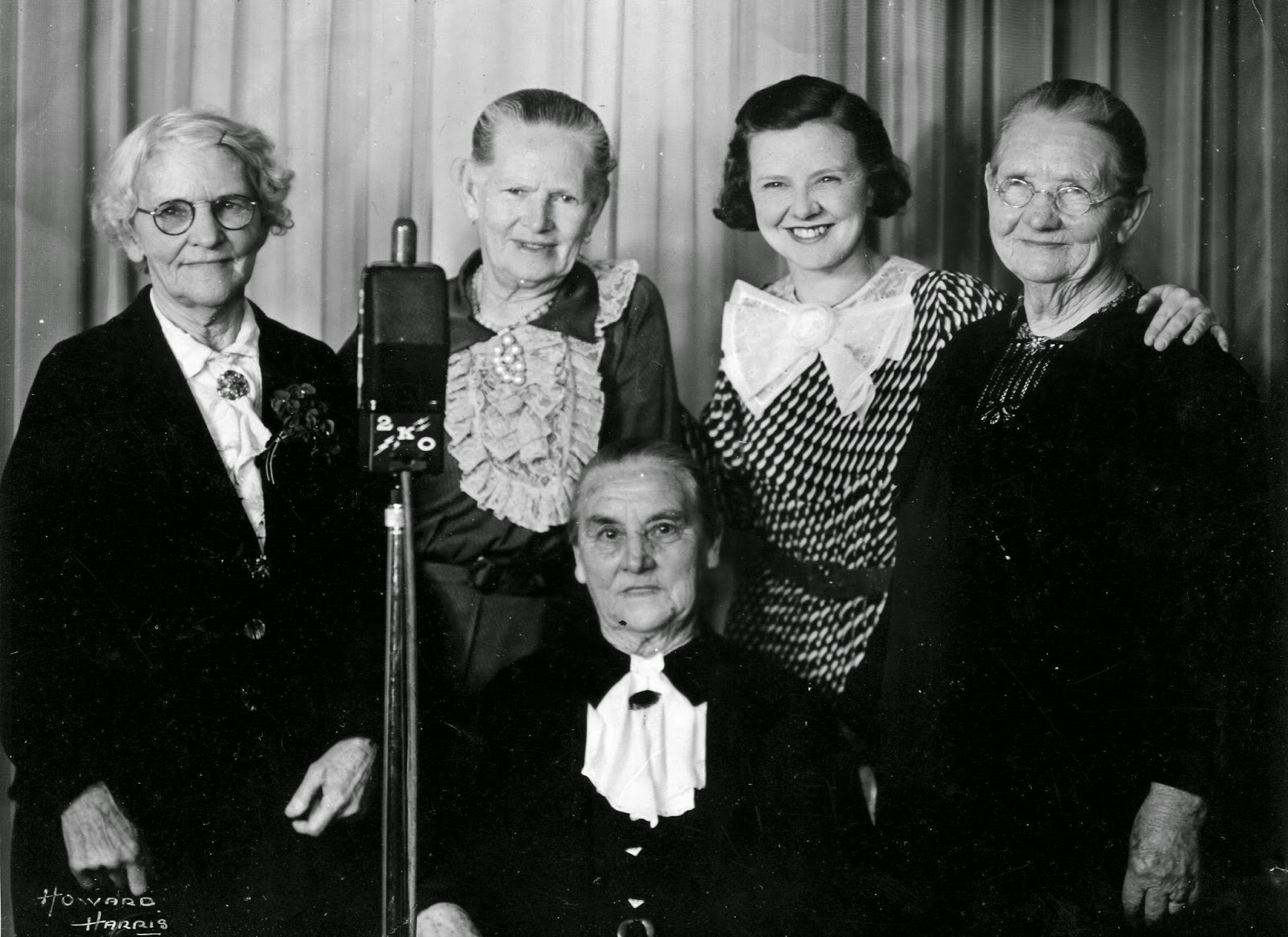 Grandma’s Hour drew in many older women, not just grandmothers
Photograph from the personal collection of Caroline Morris

Clearly, Elma’s huge personal following made her a publicity asset for the fledgling radio station. In the late 1930s she made a public relations trip south for 2KO in a very smart car bearing her initials. 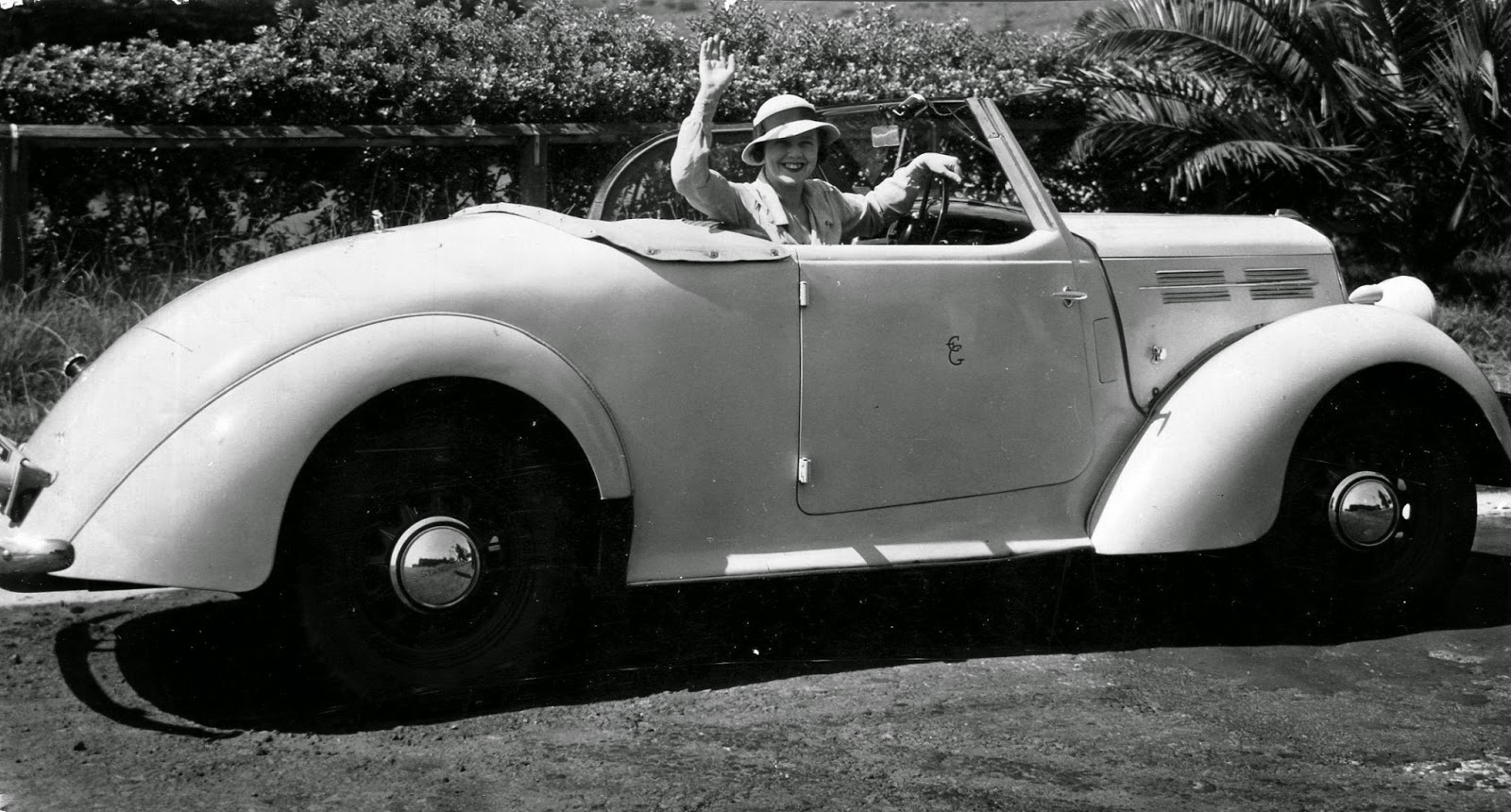 Written on the back of the photo:
Headin’ South
Elma Gibbs says Cheerio Newcastle as she heads the old chariot for Melbourne (‘shame on you, that’s a libel’, says Elma). We like the embroidery on the door Elma – in fact the whole dam outfit looks very ‘sportin’.
Image from the personal collection of Caroline Morris

In 1940, Elma Gibbs was one of four candidates in the Patriotic Fund Queen Competition  to raise funds for the war effort. Representing the Cheerio Club, Elma raised £2308 representing 553,932 votes. 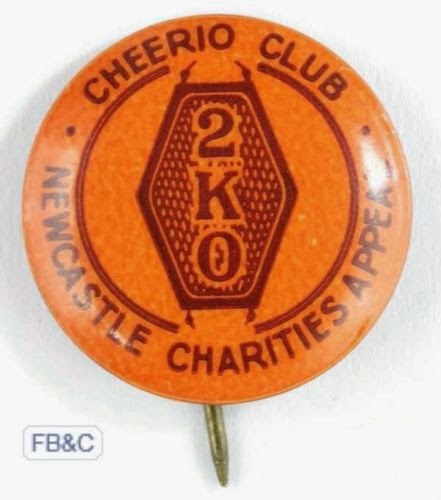 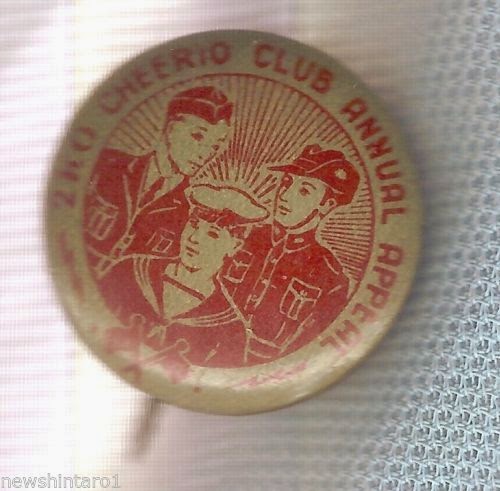 A 2KO Birthday Album celebrating ten years of service from 1931-1941, showcases the station’s announcers, including Elma Gibbs. Conducting ‘Sessions of Interest to Women,’ the power of her salesmanship on behalf of advertises is highly praised, and she is described as -‘a…lady who brings an intensely human touch to a very exacting task.’ [7]


Elma would have been 38 when she married Newcastle Sun journalist Charles Puddicombe on 17 January, 1942. It was the end of her radio career. Daughter Caroline Morris is not sure if 2KO asked her to resign or if it was her own decision. The day before the wedding, a farewell reception for Elma Gibbs at the Newcastle Town Hall attracted thousands of women and children. 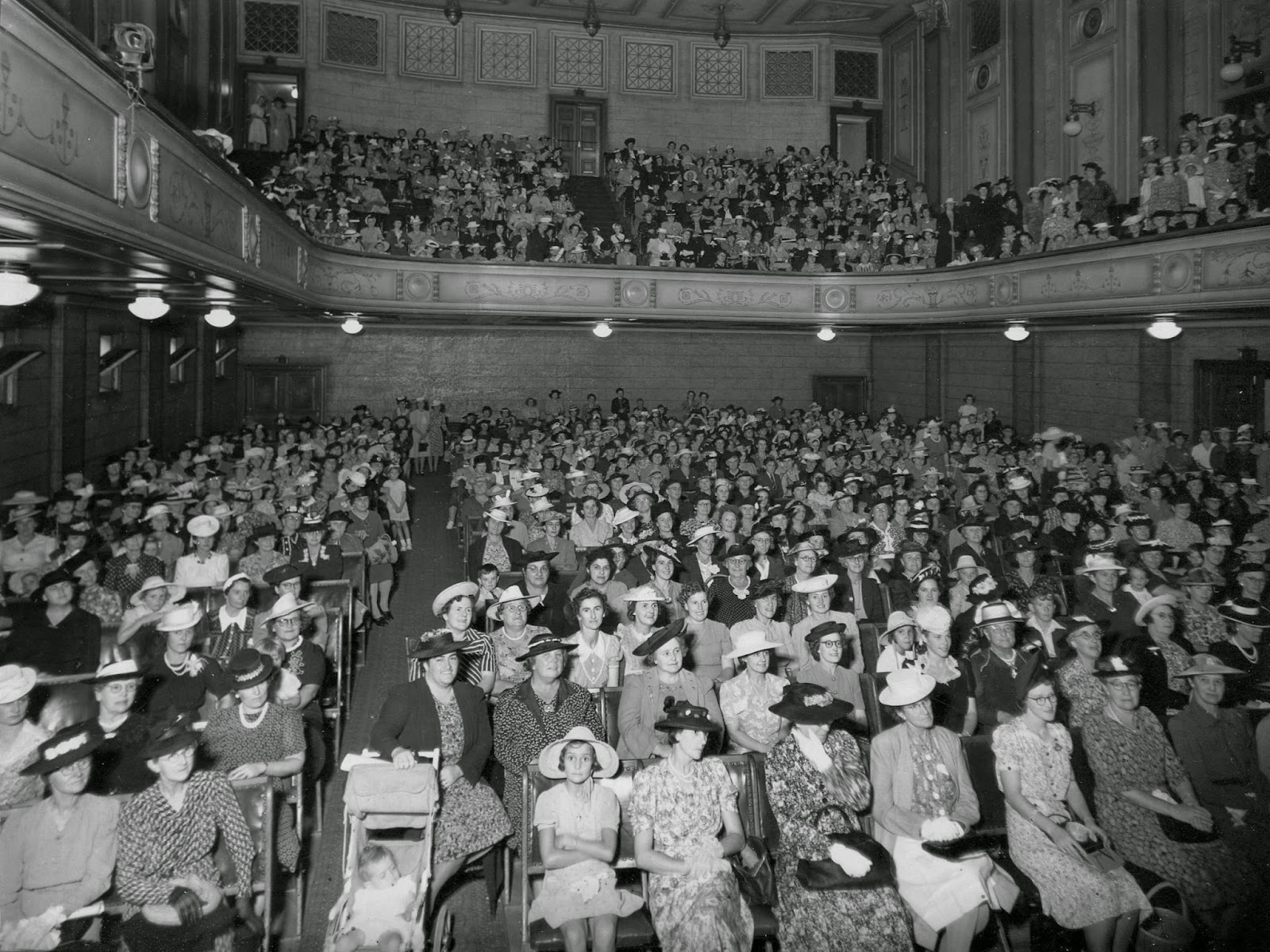 Not a seat spare in the Newcastle Town Hall, as thousands of fans farewell 2KO radio celebrity Elma Gibbs, 16 January 1942
Photograph from the personal collection of Caroline Morris


World War II was still raging. Yet how important it must have been to celebrate a happy event such as this, the marriage of such a popular and well loved radio host. 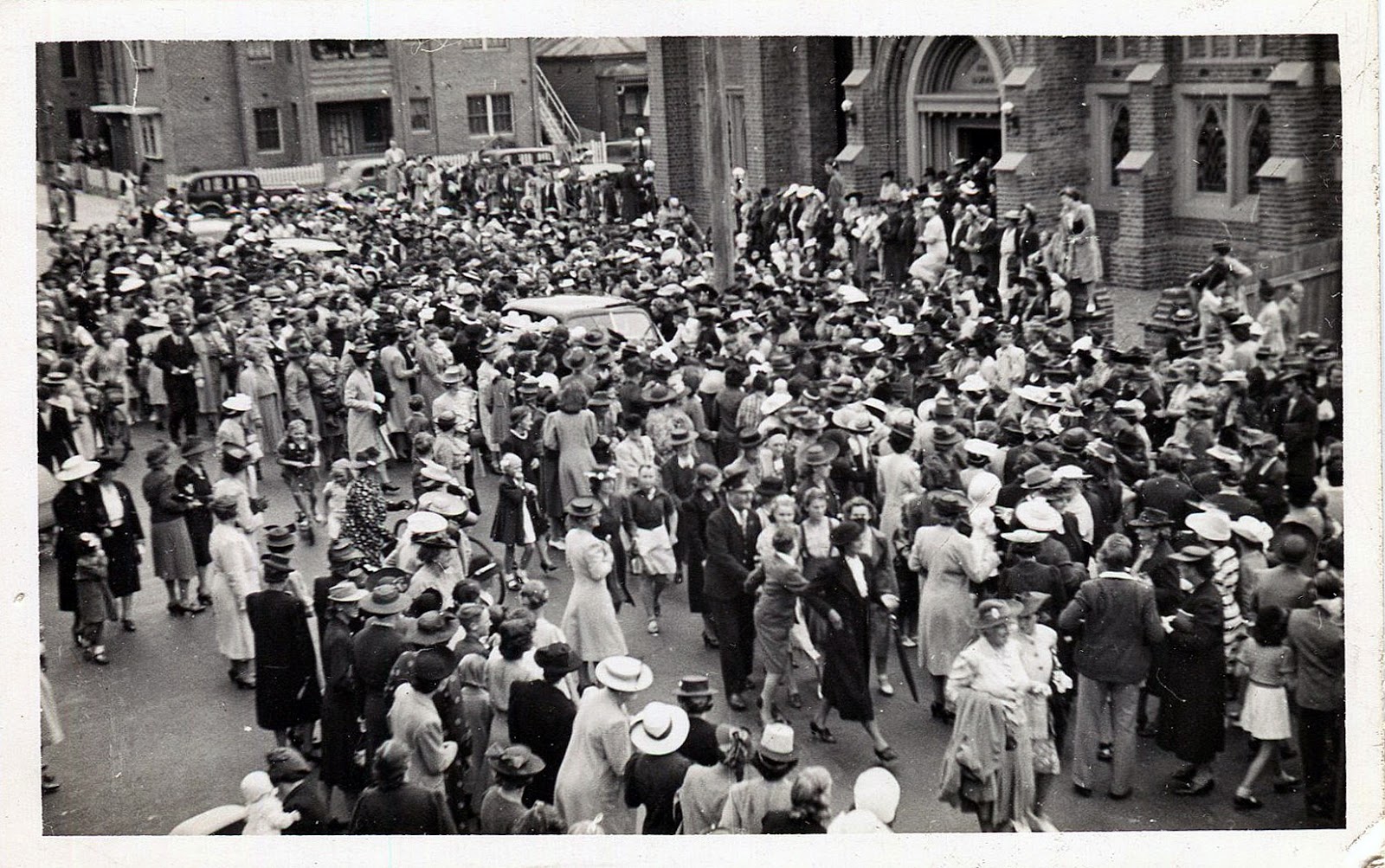 Guests and spectators packed the forecourt of the Hamilton Wesley Church and spilled into Beaumont Street for the marriage of Elma Gibbs and Charles Puddicombe
17 January, 1942
Photograph from the personal collection of Caroline Morris


In what was called the wedding of the year, ‘the press of people around Wesley Church at Hamilton ... was so great the bridal party had difficulty entering the church. The bride was enthusiastically cheered when she reached the church and as she left after the ceremony. ’ The report says that Elma had to be carried to her car over the heads of the spectators. [8] 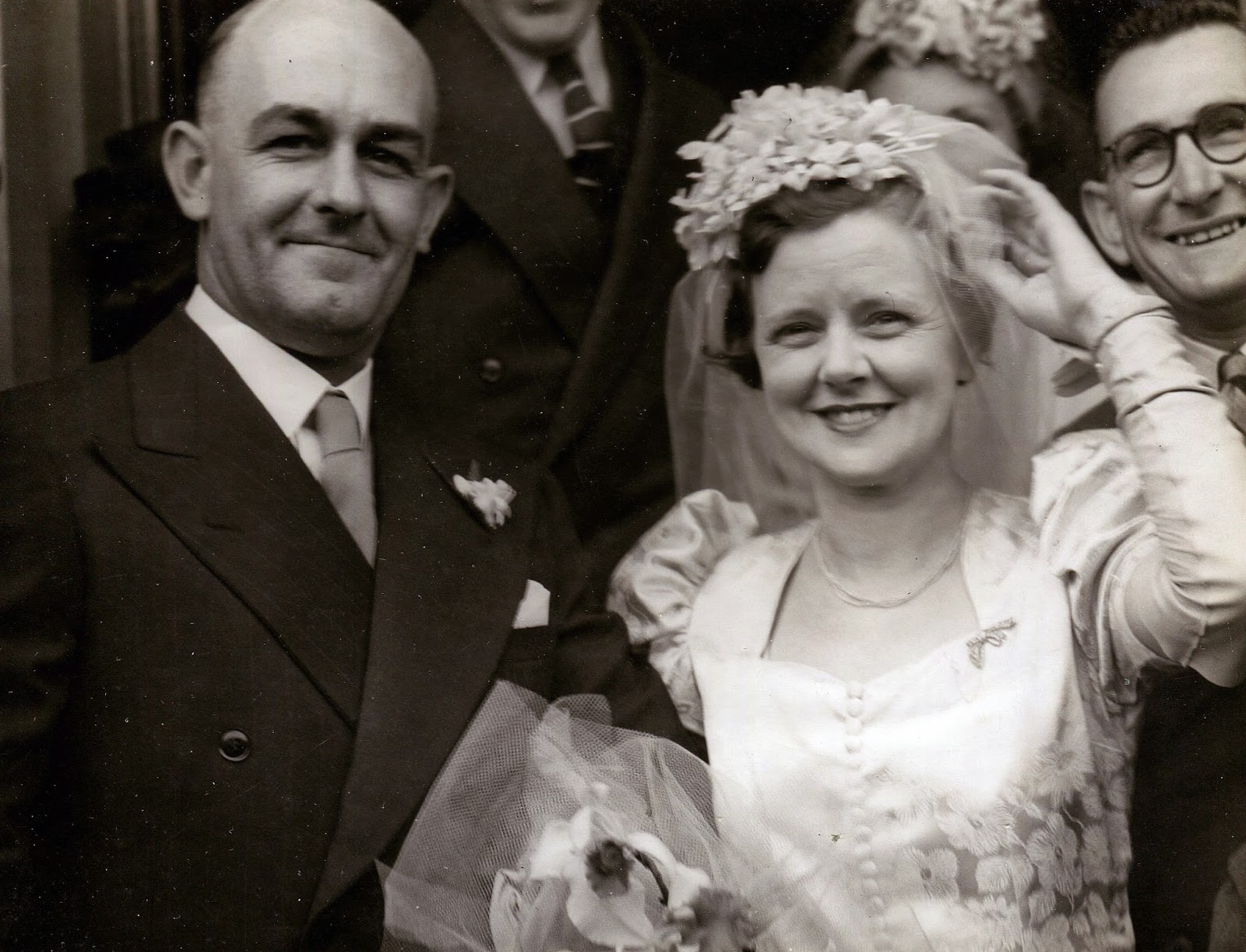 Charles Puddicome and Elma Gibbs after their wedding ceremony, 17 January 1942
Photograph from the personal collection of Caroline Morris

That seems to have been the end of life in the public eye for the popular and talented Elma. With Charles she had three children – Caroline, Charles (who lived only 24 hours) and David. While she did some occasional and part time work, such as compering fashion parades, Elma did not resume her brilliant career. Yet sand never forgot those who helped her. In 1960 she organised a reunion to celebrate the 70th birthday of her former Hamilton music teacher Mrs E J Oliver Jones. 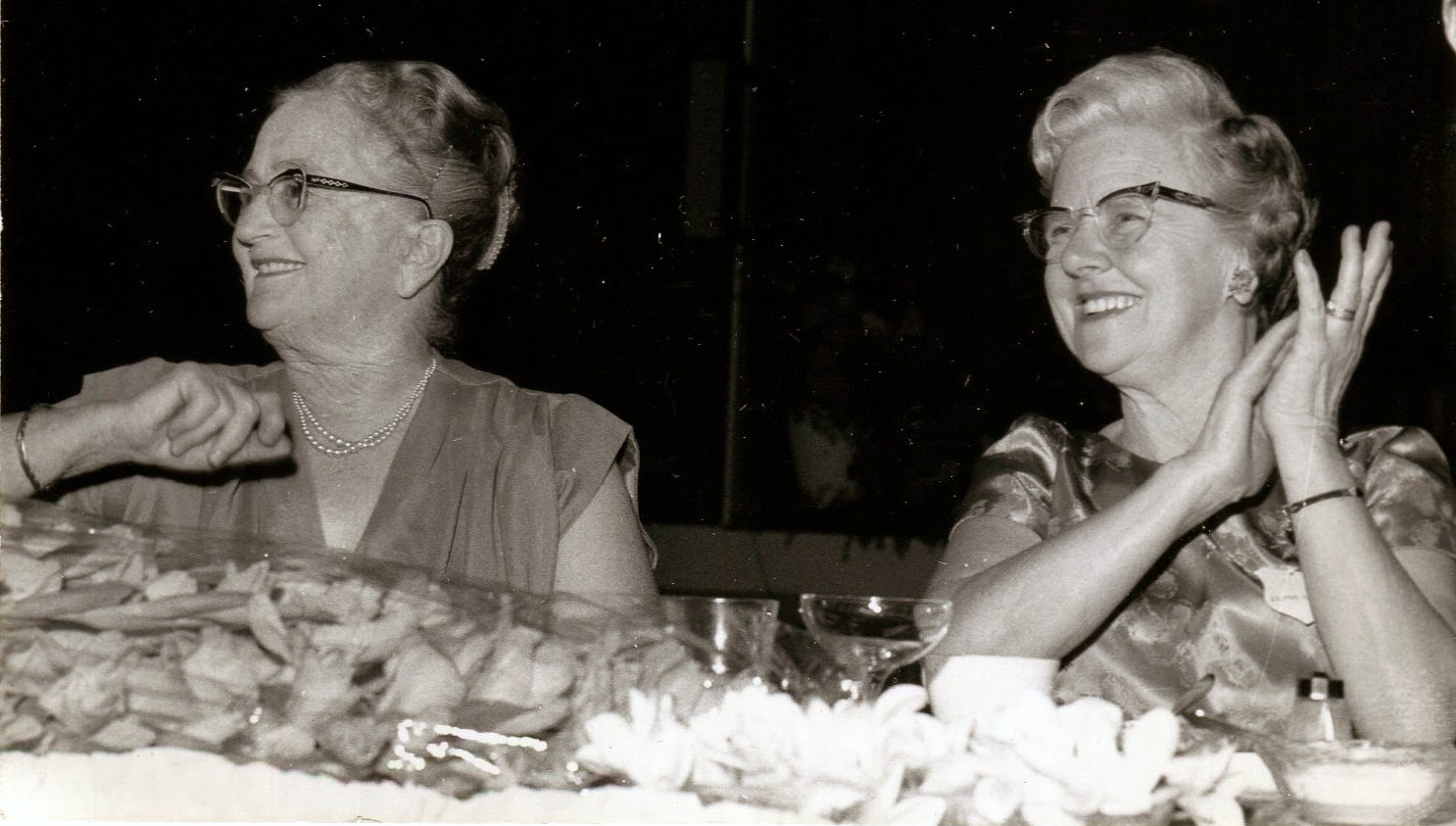 Mrs E J Oliver Jones and Mrs Elma Puddicombe, 1960
Over 200 former students and choristers attended the reunion to honour
their former teacher
Photograph from the personal collection of Caroline Morris

And in her home, Elma Gibbs always had her radio tuned to 2KO. 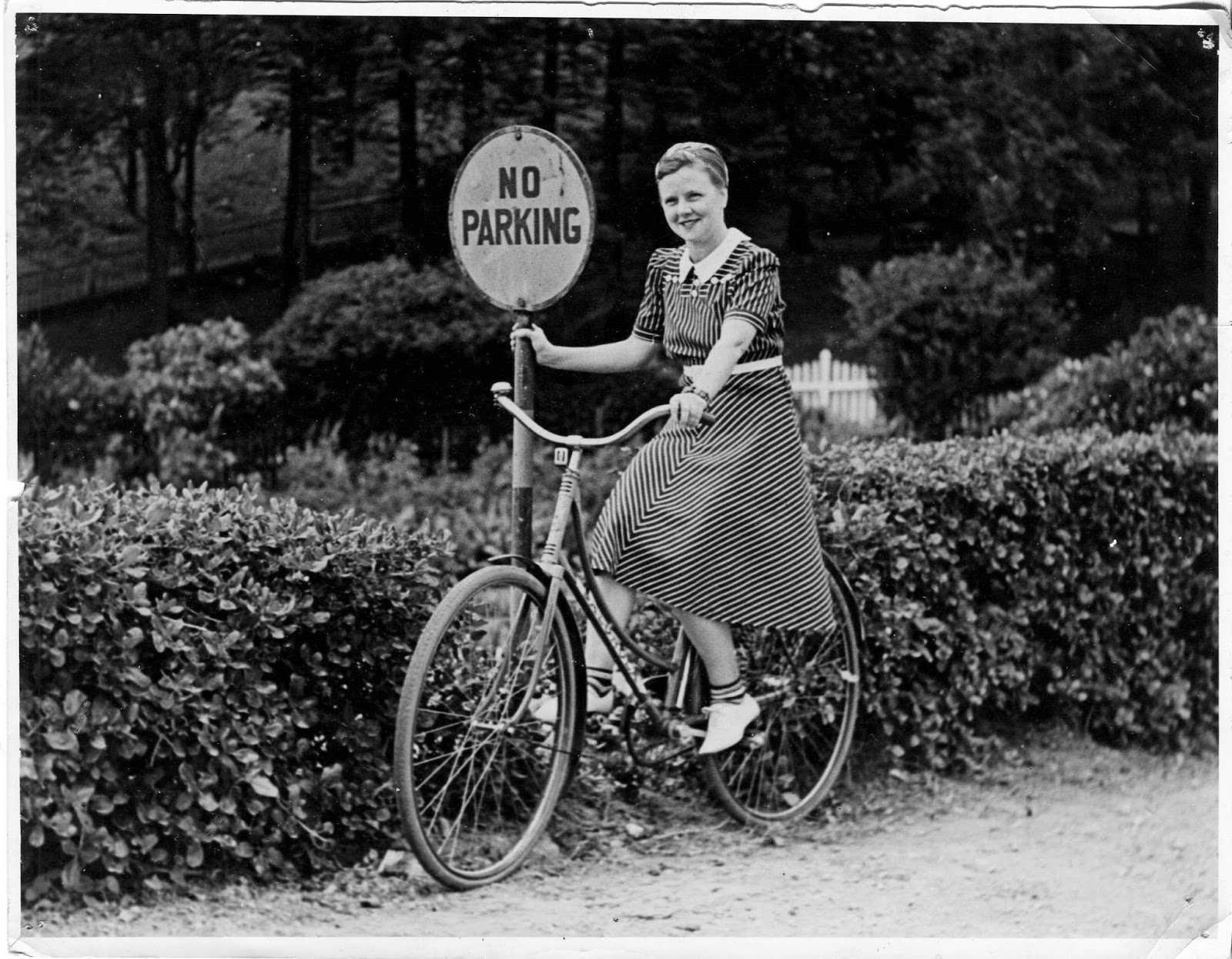 Thank you to Caroline Morris for sharing her mother’s story and photographs, and to historian Jude Conway for facilitating our connection.

[1]  Newcastle Sun, Monday 19 January, 1942
[2]  The photographs of Elma Gibbs and notes on her career were passed to me by Newcastle historian Jude Conway, with permission of Caroline Morris.
[3] Harry Gibbs worked for Frederick Ash for some 60 years. Harry and Caroline had 7 children, three of whom died in 1902. Elma’s older brother Stanley, and younger sister Aphra lived.

[4] The Advertiser, Monday 17 October, 1927 p 17
[5] Sydney Morning Herald Thursday 18 August, 1927 p 13
[6] 2KO was founded in 1931 by Allen Fairhall (later Sir Allen) in Kotara and was licensed to the Newcastle Broadcasting Company. The independent station launched from the backyard of a resident's home, with the licensee's dining room being the only studio the station had at the time. Within ten years 2Ko had grown from Australia’s smallest to one of Australia’s leading stations, becoming its fifth and most progressive market.