How Hamilton got its Name

At one time or another, most of us have knocked our city council.
Yet the story of Hamilton shows vividly how the origins of local councils were rooted in the desires of ordinary men and women for a healthier, safer and more attractive living environment for their families.


I like to think of this as the original grass roots/self–help movement.

Novocastrians are familiar with the Australian Agricultural Company (the AA Company), which was integral to the early development of Newcastle and some parts of the Hunter region. Here is one monument to the Company in Learmonth Park. 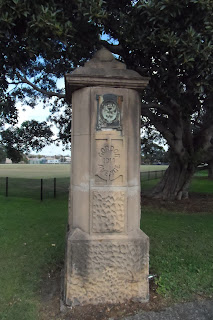 The Company was set up in London in 1824 with capital from a group of prominent shareholders – such as members of the House of Commons and Bank of England directors.

This well connected group was given an enviable leg up in business – the right to select a million acres of land in NSW for agricultural development, and a monopoly to mine coal in NSW. The mining monopoly lasted from 1828 until 1847. Its extensive assets enabled the Company to become very powerful, and it is listed on the ASX even today.

The AA Company seems to have acquired something of an unfavourable reputation [1] in relation to the way it used its power, exploiting its employees, both in the coal mines and on its large pastoral holdings. Jesse Gregson, a long time Superintendent of the Company, wrote a book to redress this perception. (Gregson Park was named for him). 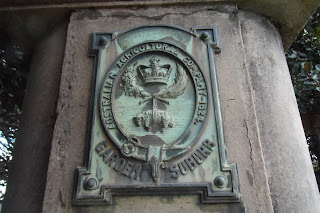 In this close up of the AA plaque in Learmonth Park, notice the unfortunate sheep being hoisted in a sling by two sheaves of wheat. Any idea what this means?

When convict assignment ended in 1838, the AA Company brought in most of its own labour, experienced miners from the coal fields of northern England, southern Scotland and Wales. 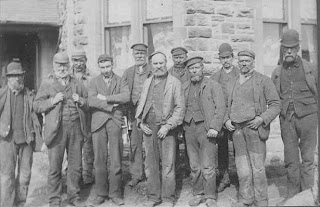 
These men knew their industry and were not afraid to strike for better conditions. In time, some were able to save enough to purchase land from the AA Company to build their own homes.

The new houses were a great improvement on those rented from the AA Company at what was said to be “excessive” rates. Rickety slab huts were two shillings and sixpence a week; one room brick cottages with a skillion (a separate lean-to cooking area) went up to four shillings. [2]These cramped, comfortless houses were often black with damp and dirt, and flooded every time it rained heavily.

This entrepreneurial spirit would soon be directed to improving the broader environment and circumstances in which the miners and their families lived.
Incorporation of the mining settlements as a municipality offered a way to collectively address the terrible state of the roads, provide sanitation, drainage and a clean water supply, as well as meet other challenges such as public health and the safety of the settlements.

It seemed the AA Company was not going to do anything, so it was up to the workers. A group of community leaders was starting to emerge – these men would become the first Aldermen, and leave their names on the streets of Hamilton.

Under the Municipalities Acts of 1858 and 1867, any group of 50 freeholders, leaseholders and householders could submit a petition for incorporation. A municipality was legally defined as an area of land, for the purposes of local government, no larger than ten square miles and with a minimum population of 500.

With a properly constituted Municipal Council, rates could be levied on landholders. This gave the Council the resources to improve the community.

After a public meeting, a petition was signed by 90 residents and forwarded to the Governor of New South Wales.

The request was granted and gazetted for incorporation of the township of Hamilton on 11 December, 1871.

There was a sting in the tail of this happy event. The powers that be apparently did not like the proposed name “Borehole”. They wanted to honour the AA Company’s Governor, Edward T Hamilton, so that’s what we got. 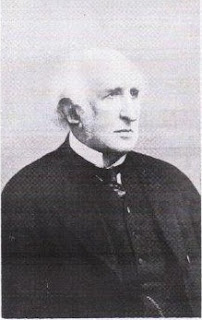 
Mr Hamilton looks rather a stern character – but still, I am glad our civic forefathers were over ruled on that one! "Borehole" just doesn't have the same gravitas as "Hamilton". What do you think? 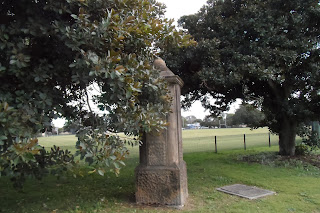 The second plinth  at Learmonth Park for the AA Company - in danger of becoming Hidden Hamilton?