It continues to await its future, concealed in a battle axe block behind 195 Denison Street. This compact nineteenth century residence was once the home of two AA Company Overmen and a Viewer (manager) of collieries.

In 1994, a chance discovery by a young postgraduate student cycling over Cameron’s Hill along Denison Street was to bring hope to this historic house. Vacant since 1963 and the passing of owner Charles Little, it was becoming increasingly derelict. 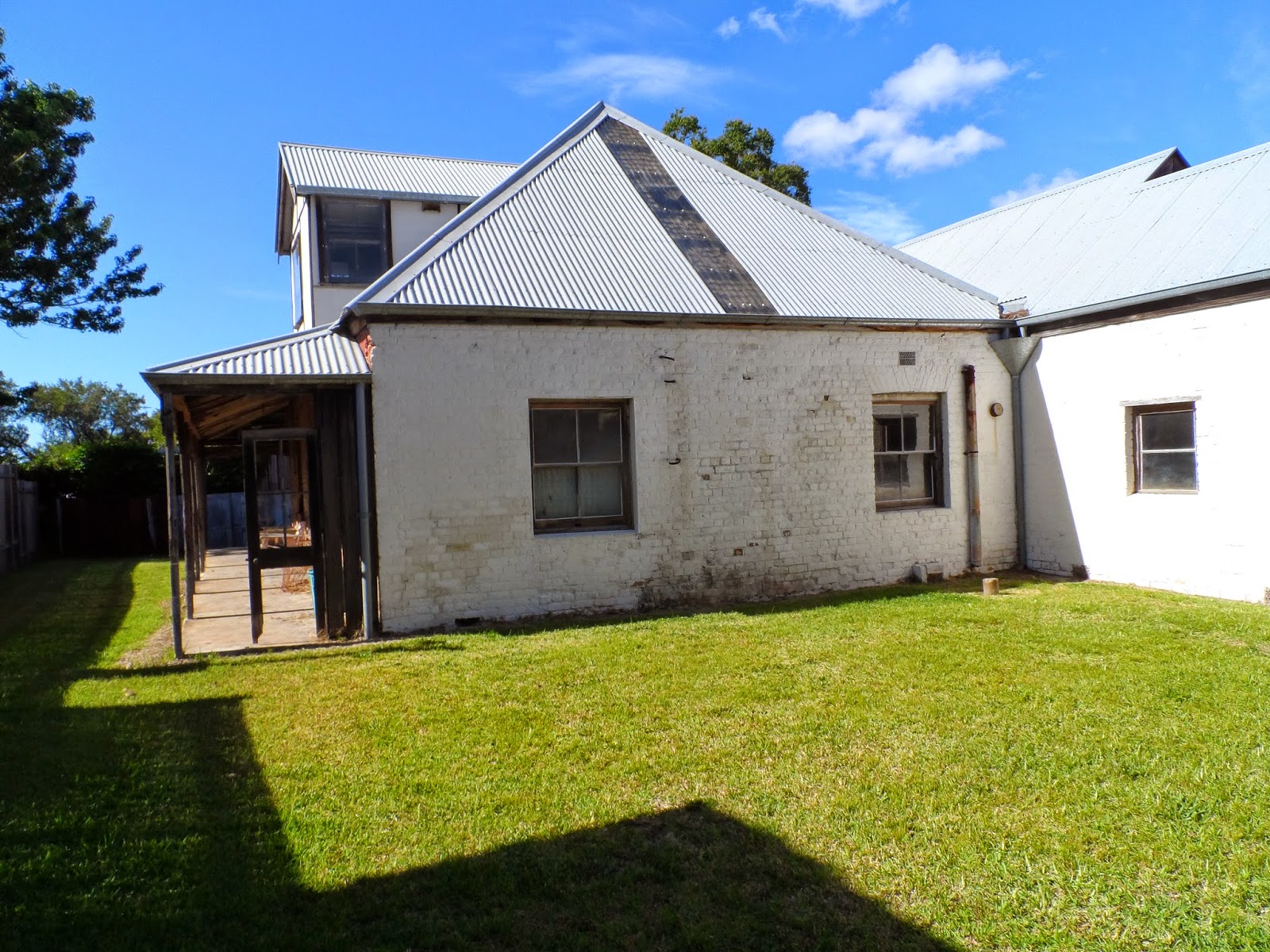 The Australian Agricultural Company (AA Co.) house, Hamilton, was built in 1849-50.
It stands as a rare reminder of Hamilton’s mining past (2013)

That young man was David Campbell. The house had come into the ownership of Mrs Naomi McCourt. Living nearby, she was a descendant of the Little family that had had a 140 year association with the house and surrounding land. When the AA Company no longer had use for the house, it was bought by William Little in 1914.

David emailed me after publication of my book ‘Hidden Hamilton.’ I knew he’d been the driving force behind moves to save the house. Now, he filled in some details:

‘The late Frank Eldridge [1] was a good friend to Naomi.  It was in his presence
that I first visited Naomi in her home.  I remember the joy with which I returned to the happy company of my late great aunt, in Skelton Street, after convincing Naomi and Frank of the significance of the house and surrounding property and of the possibility of securing (State government) funding. Frank, Naomi and I, despite the gap in age, became firm friends. I later met Naomi's daughters, Heather (RIP) and Jenny’.

Then began the process of preparing a funding submission to the Heritage Branch of the NSW Department of Planning; in this Brian Suters, principal of Suters Architects, was instrumental. Ran Boydell, now of Galashiels in Scotland, wrote much of the Heritage Assessment. David wrote the historical background.

The result was a happy one – funding was secured to enable the house to be purchased in 1995 by the Newcastle City Council on behalf of the community. 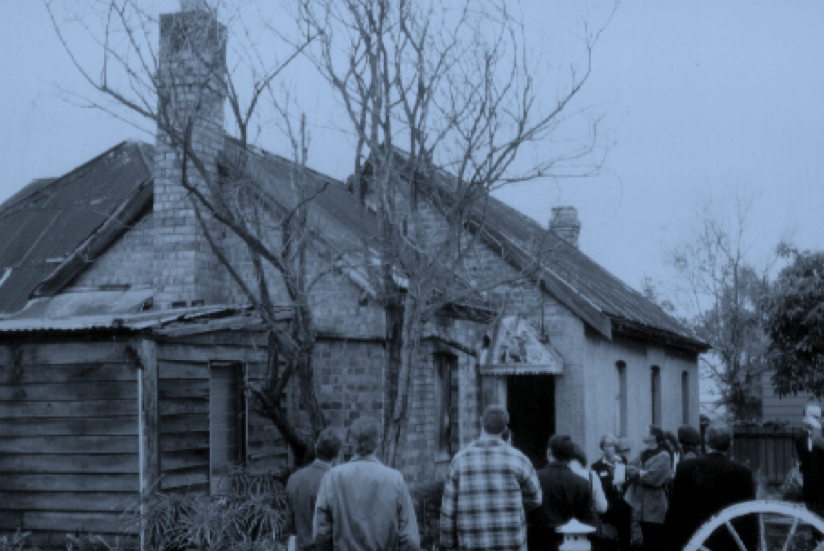 However, restoration work did not begin for some time. David remembers that some break-ins occurred, and a couple of clocks were stolen from the lounge room, along with an Edison phonograph. 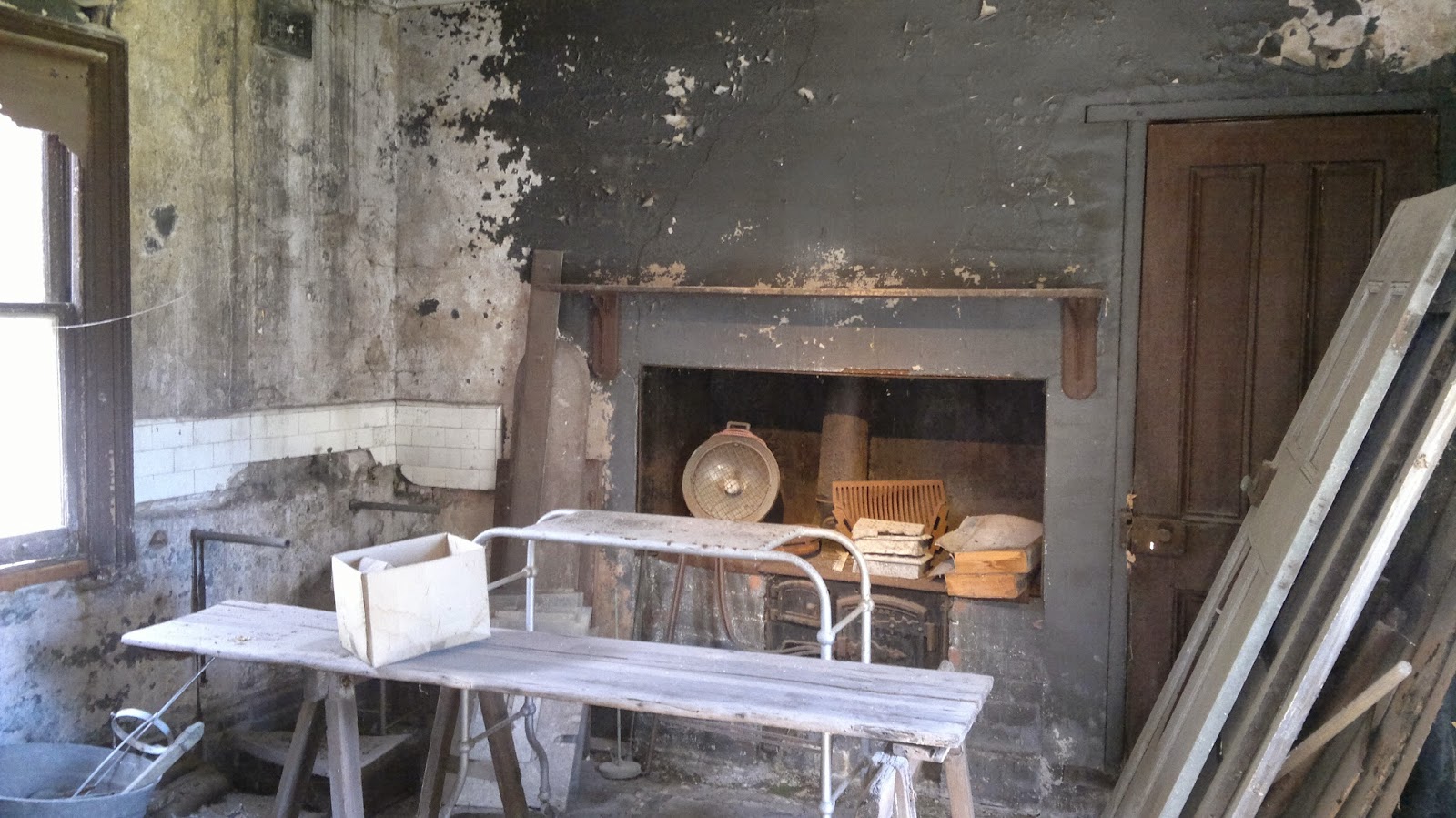 The kitchen in the AA Company house looks abandoned (2013)

‘Naomi gave me my own key to the house; Frank Eldridge and I tried to seal the holes in the roof, with Frank holding the ladder while I ventured onto the roof, complete with bicycle helmet in case I slipped off what were then some pretty wonky roof coverings. I used to regularly call in on Naomi on my bicycle and empty the foam vegetable cartons that Naomi had placed to catch some of the water that poured into the back rooms through the corroded box gutter’. 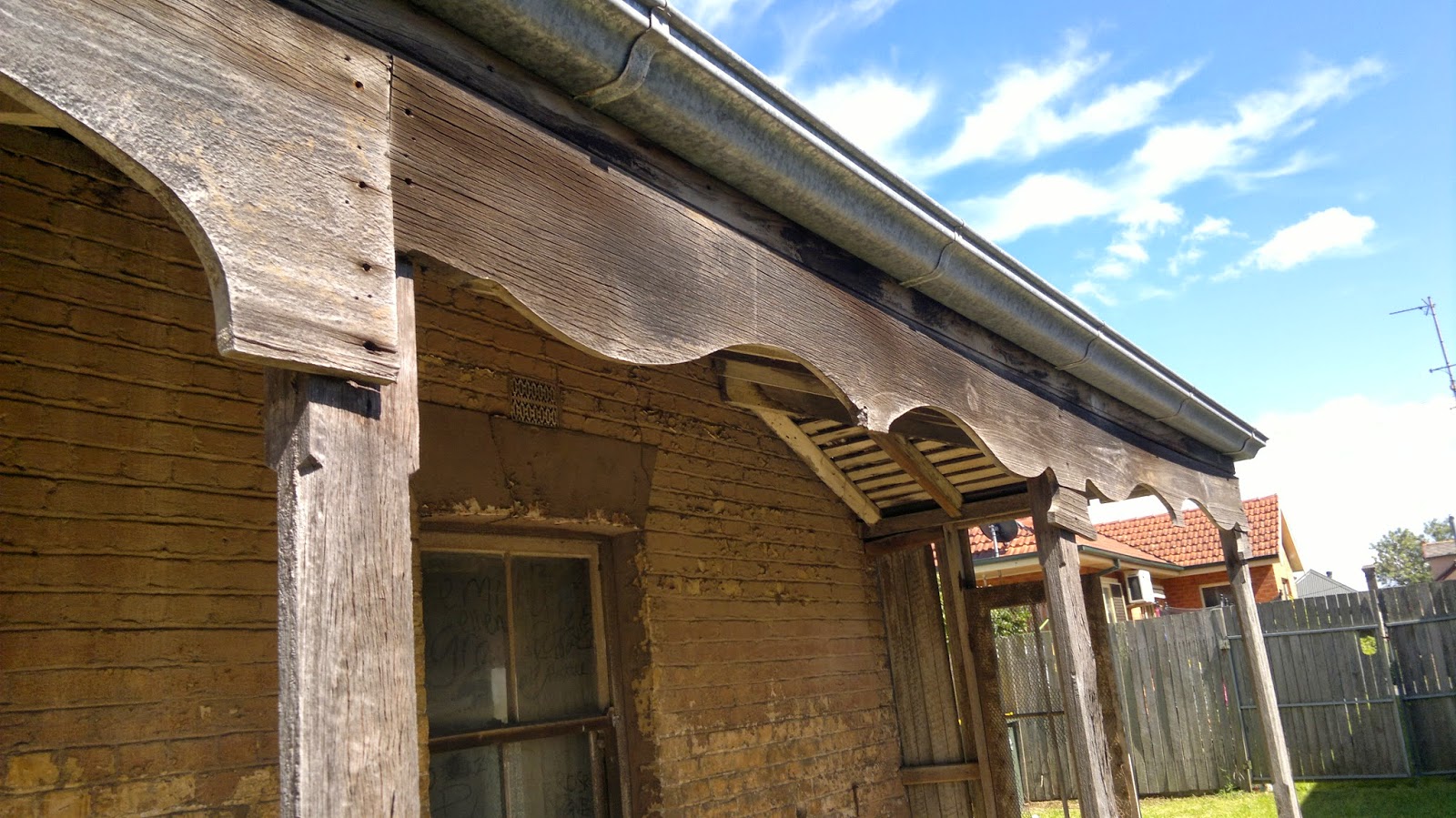 The historic AA Company house is now secure and water tight, but 20 years on, its interior condition is too fragile for it to be opened to the public. I count myself very fortunate that in 2013, Council Heritage Officer Sarah Cameron showed me through the house, with Naomi’s daughter, Jenny Pritchard. Jenny, fifth generation descendant of the Little family, was visiting Newcastle from her home in Moree. 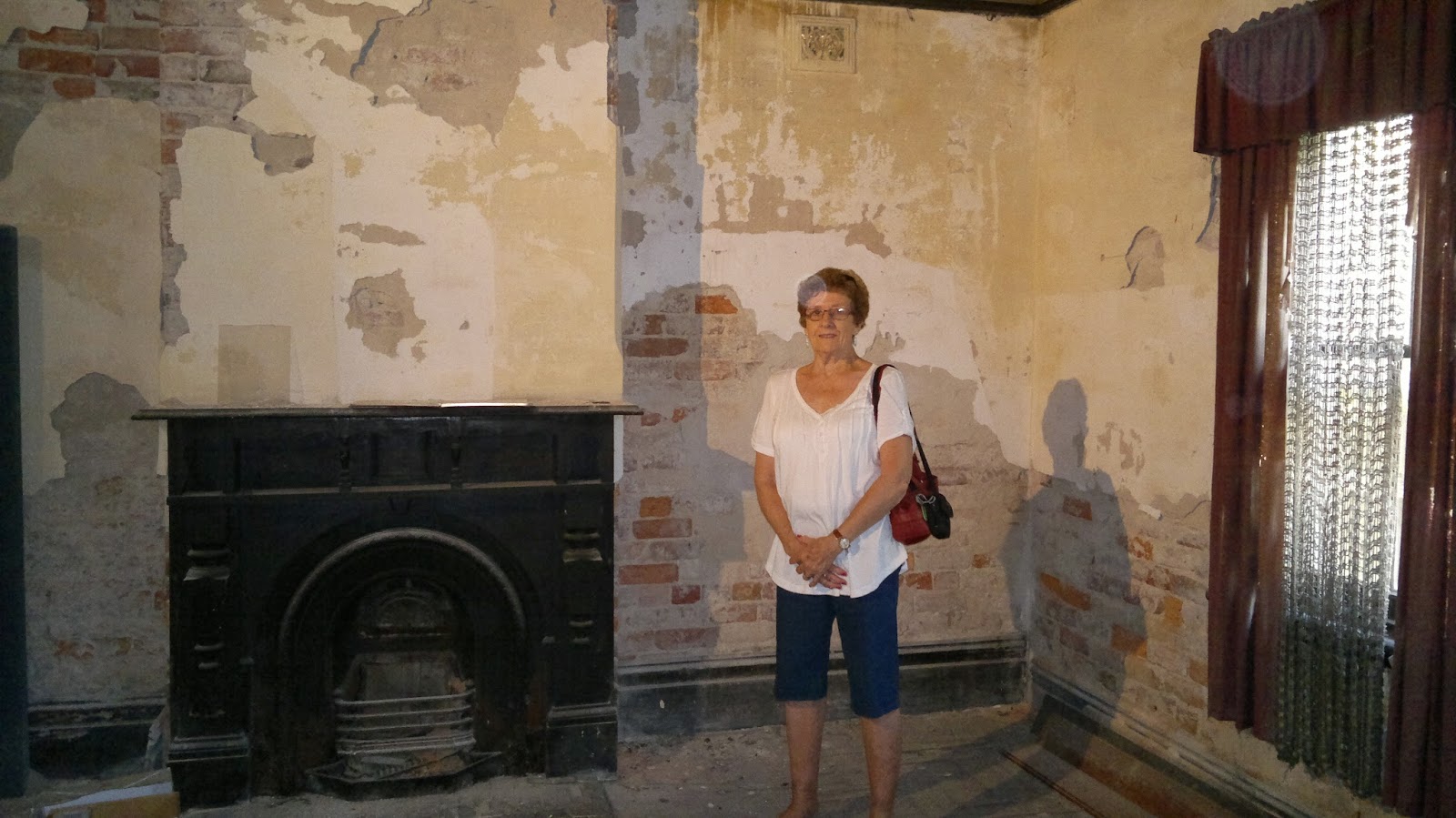 Today the house is in limbo. A conservation plan has been completed, but funds are a challenge.

It was David Campbell’s vision and ability to mobilise others to work together that originally saved this rare intact example of a nineteenth century mine Overman’s residence. 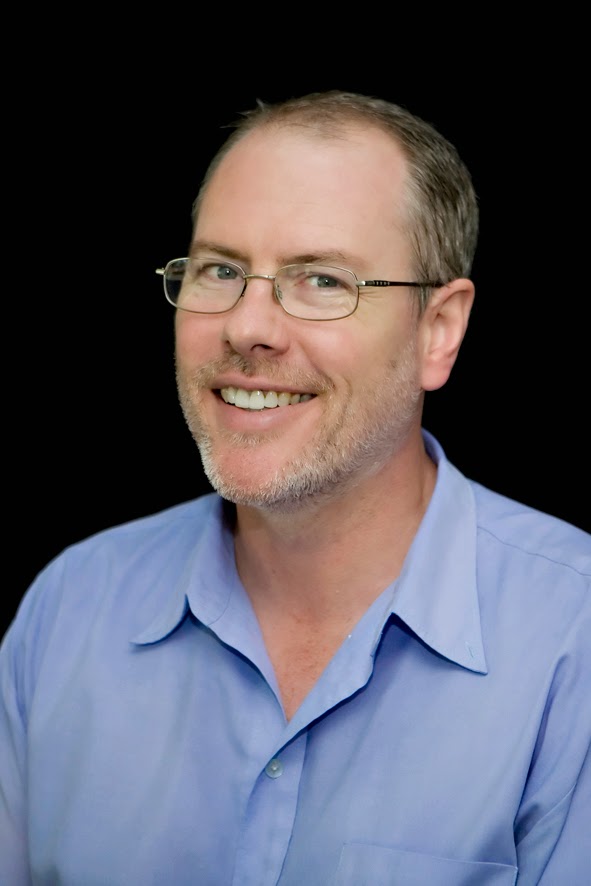 Is there someone else out there with imagination and drive who can ensure this hidden piece of Hamilton’s history is not only preserved, but also appreciated and enjoyed? The house waits, but for how much longer? 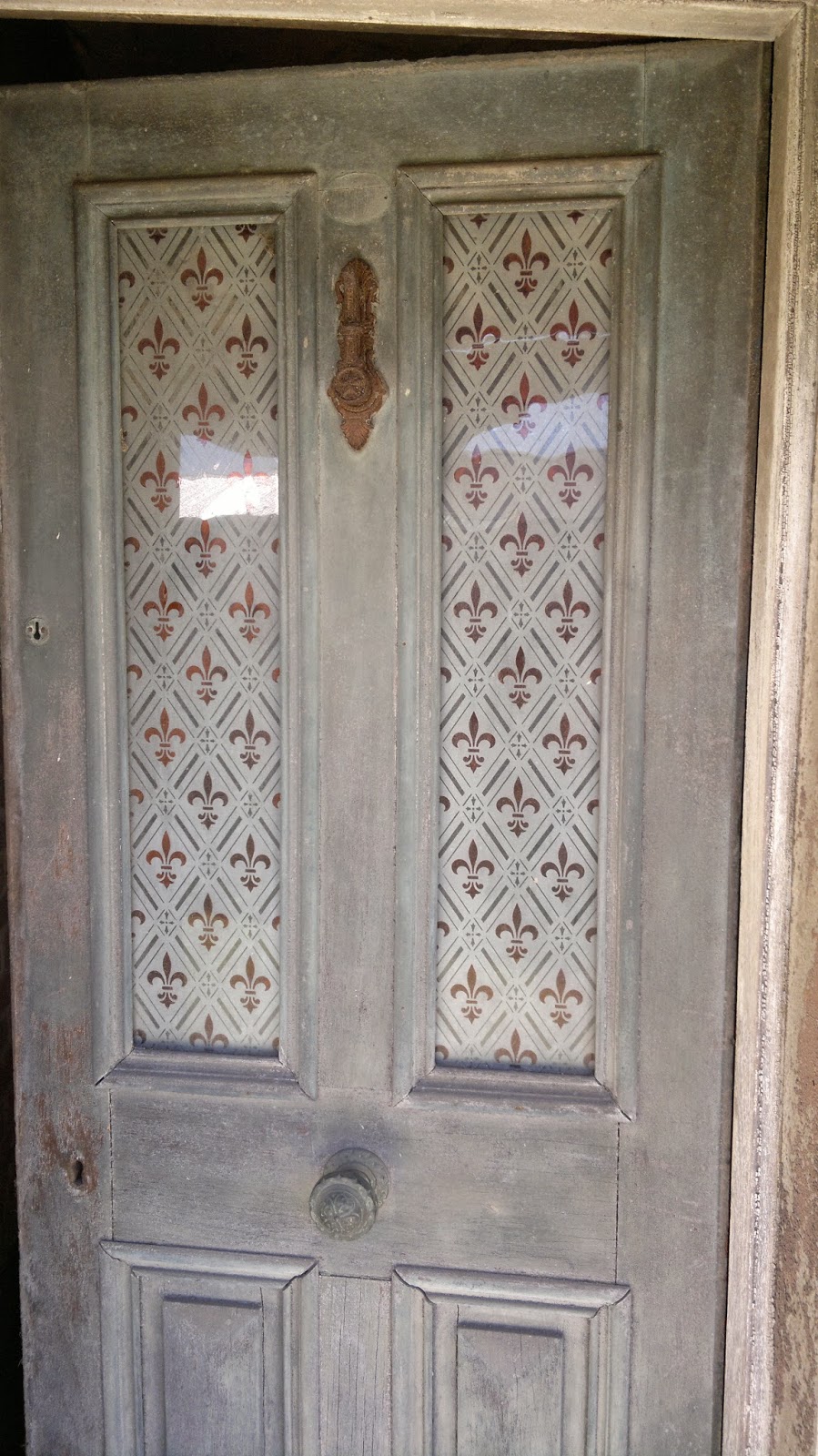 In August 2016, the AA Company house was put up for sale by the Newcastle City Council. Purchase by a qualified buyer was approved in May 2017, with a positive covenant to implement the Conservation Management Plan. A portion of the sale proceeds are to go to interpretative plaques highlighting the history of the AA Company in Hamilton.

In August, 2017 this house achieved a special honour for Hamilton: it is now listed in the NSW State Heritage Register. This listing recognises its heritage significance to Newcastle and to the people of NSW.

Even though the AA house is no longer in public ownership, a private owner committed to its heritage, the proposed interpretive plaques and the recent NSW State Heritage listing secure its future as a tangible reminder of the mining origins of the suburb of Hamilton.

See more photographs and read the history of the AA Company house here.

Thank you to David Campbell for providing further information, and clarifying some historical issues regarding the AA Company house.