One bet each way - Tony and Clare Rufo

Over the past decade, Hamilton residents Tony (Antonio) and Clare Rufo have travelled regularly to San Donato Val di Comino, Tony’s ancestral home town in Italy. Accompanied by family and friends, they fill a dozen rooms in a large B&B, and revel in the festival atmosphere that takes over each August. The population triples, as people make the journey home from far afield. Not just within Italy, but from places popular with emigrating San Donatese like Boston, New York, Toronto, and Ireland, for a month of parties and celebrations.

San Donato is a picturesque medieval town with an ancient past, 110 km east of Rome. It is partly inside the 500 square kilometre Parco Nazionale d’Abruzzo, famous for protected species such as Marsican brown bear and the Italian wolf. 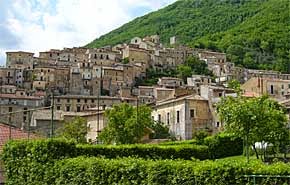 
Climbing up narrow, almost vertical steps from the town square to their homes is an everyday challenge for its 3000 residents; for newcomers, it’s a brutal initiation. 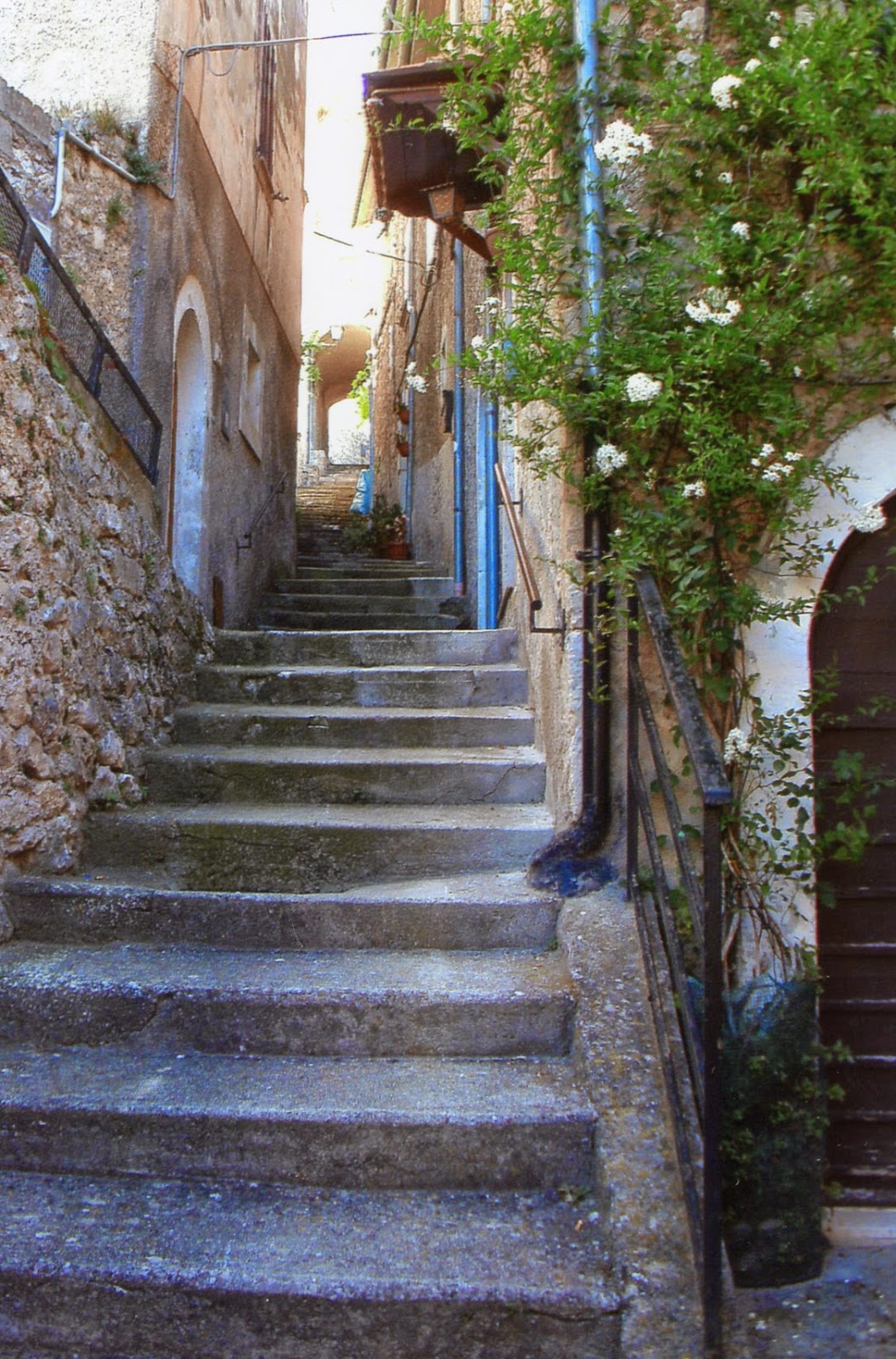 Tony left San Donato in 1962 when he was 18 years of age. Four of his 8 brothers and one of his 2 sisters had already migrated to Newcastle, Australia. Tony remembers the family being invited by the Australian government to join them, but his grandfather was reluctant to move at that time. After his death two years later, the family was free to leave Italy – Tony, his parents Andrea and Caterina Rufo, and the remaining siblings - although the sponsorship offer was no longer open. 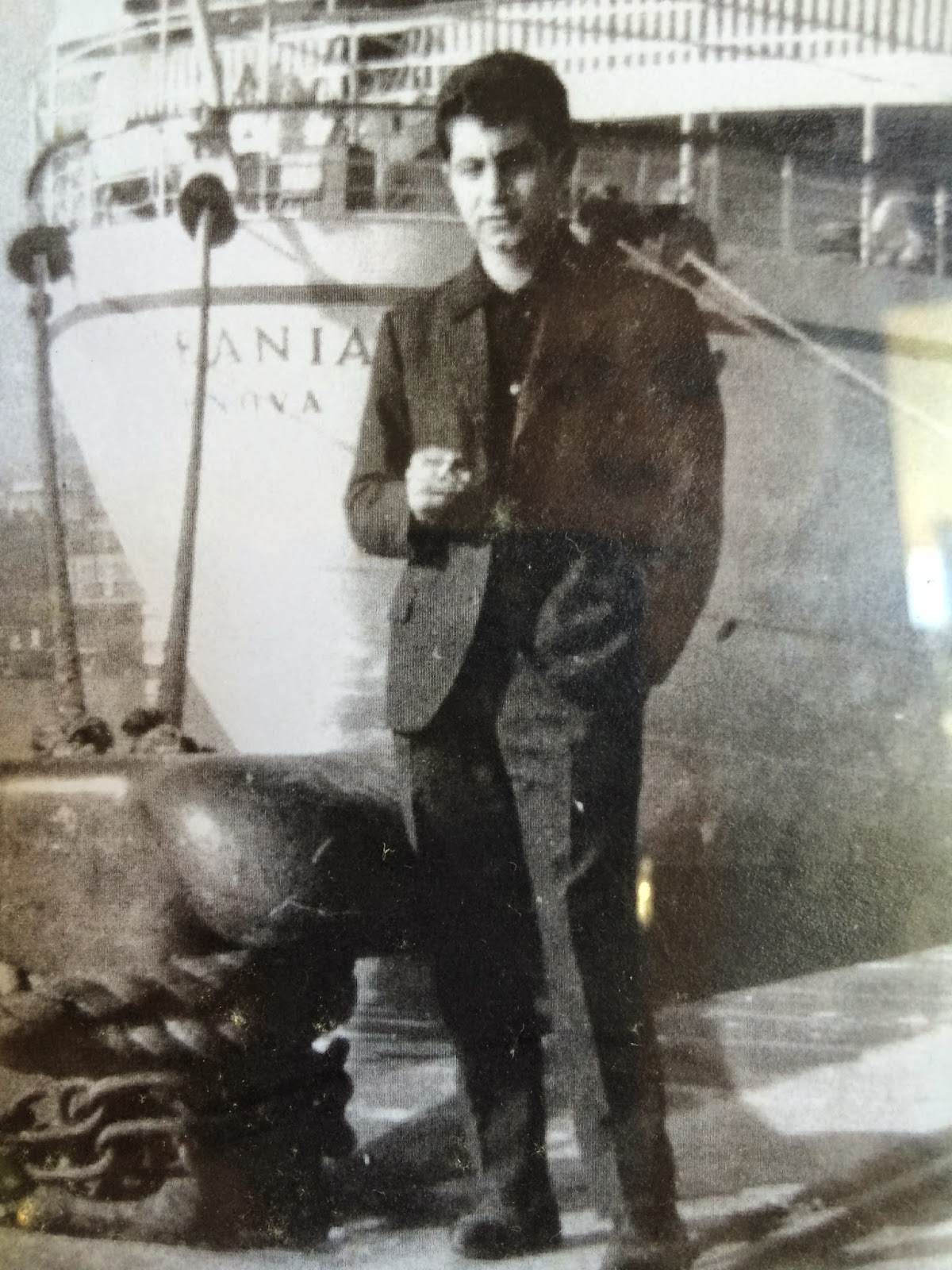 Antonio Rufo, ready to board ship bound for Australia, 1962
Photograph from the Rufo family collection


The large family, now reunited, established itself in Hamilton, in a house in Elcho Street. Tony had been learning the hairdressing trade after school in San Donato, and found work at Frank Morrin’s barbers shop in Hunter Street, Newcastle. He picked up English – there were classes for migrants, but he found the Western movies showing in the Regent Theatre (also known as Herbert’s) in Islington much more entertaining.

Frank Morrin eventually retired, and with his help, Tony was able to buy the business. In his mid-twenties, Tony married Clare O’Neill, a country girl with Irish heritage from Bellbrook, near Kempsey. Clare writes in her memoir:

‘The choice I made was to take my chances in the city. In 1965 I headed to Newcastle with stars in my eyes and ten quid in my pocket! I had landed a job with Rundles Manufacturing and Tailoring, and was over the moon….I was on my way.’ [1]

At Rundles she worked with one of Tony’s brothers. It was a short step then to Tony. Describing how her siblings settled closer to home, Clare continues:

‘As for me, well I said that I marched to a different drum…In 1969 I married Antonio Rufo, an immigrant from that old and worldly country, Italy. I was enraptured by the family oriented culture of his people. Their fierce loyalty to the little backwater that was their ancestral home matched my own. There was a common bond, an affinity I hadn’t experienced before.’ [2]


Tony and Clare settled in Hamilton, and are still there today. 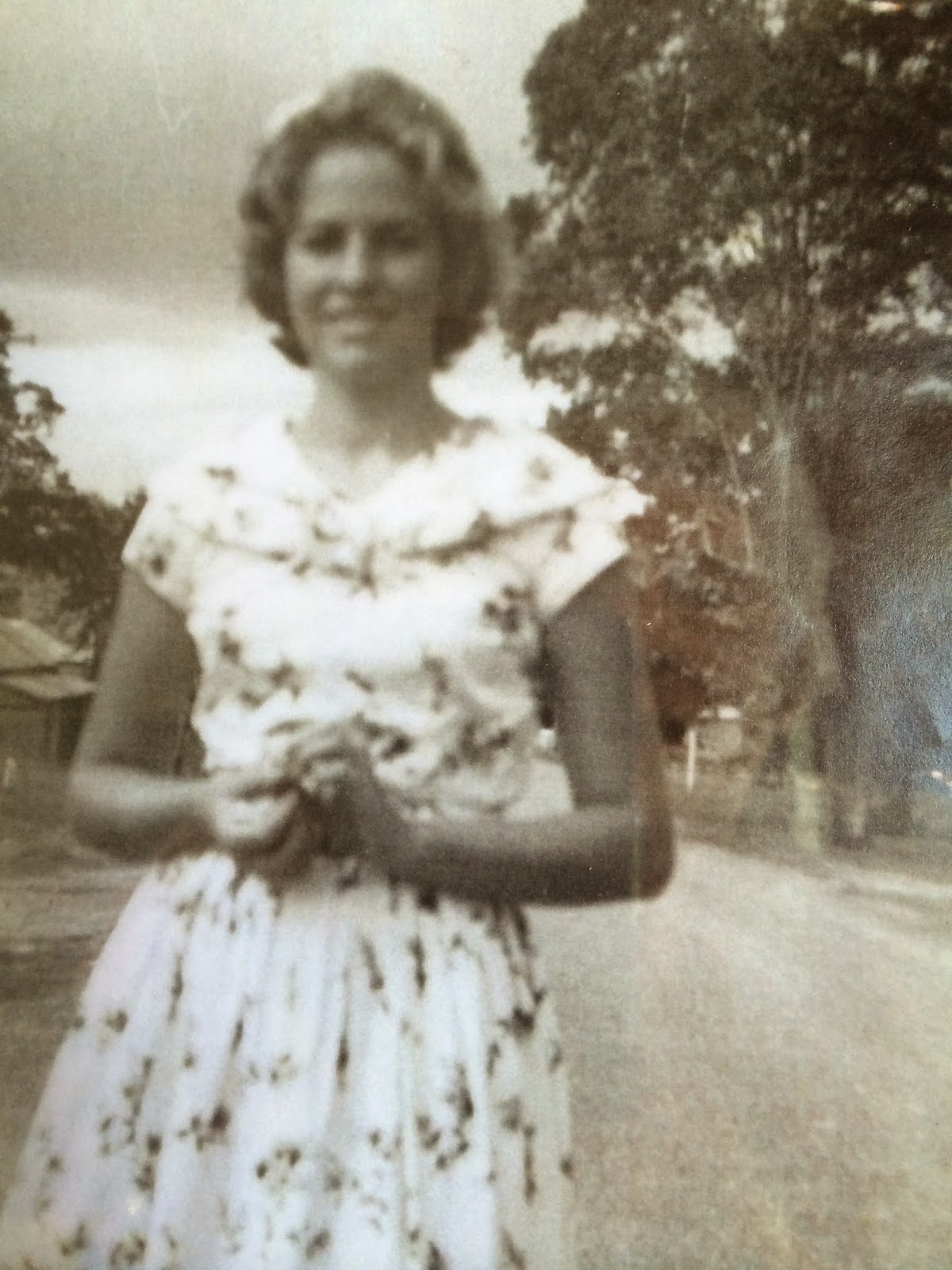 Clare O’Neill, aged 16 grew up on the banks of the Macleay River, NSW
Travel to Italy and the discovery of the importance of the history strengthened her spiritual connection with the landscape of her Australian childhood home
Photograph from the Rufo family collection


Clare is passionate about her husband’s homeland, loves their sojourns there, and wants to continue as long as they can.


I wondered if Tony’s parents would have preferred him to marry an Italian girl?

‘They don’t care about such things,’ he says.

‘The family is a league of nations,’ laughs Clare. ‘We have Dutch, Ukrainian, Polish, Portugese, Slovenian, an Australian, three Italians – and one brother is a priest!’ 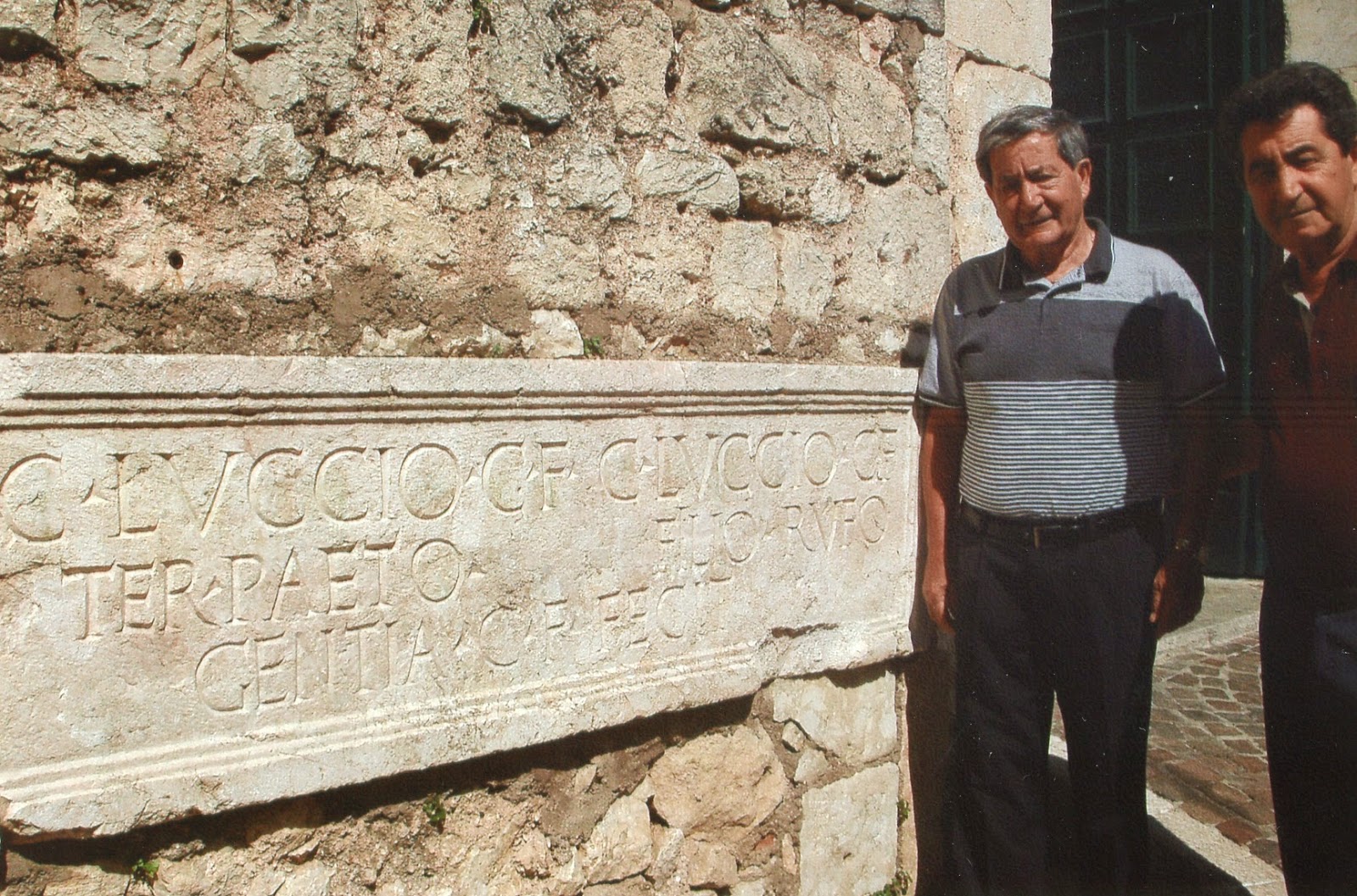 The Rufo family traces its lineage back as far as 700 AD
Tony and his brother Basilio Rufo beside a Latin inscription in San Donato confirming this, 2014
Photograph from the Rufo family collection

Tony’s grandparents made a hard scrabble living on the mountainous terrain outside San Donato, growing what they could for their own needs, and to barter. Olives, grapes for wine, tomatoes and other vegetables, and fruits such as figs were grown, but these days, the family land is no longer productive. The floor of the Val di Comino is a rich agricultural valley, with lush pastures. Its olive oil is reputed to be some of the purest in Italy, and used in the Vatican. 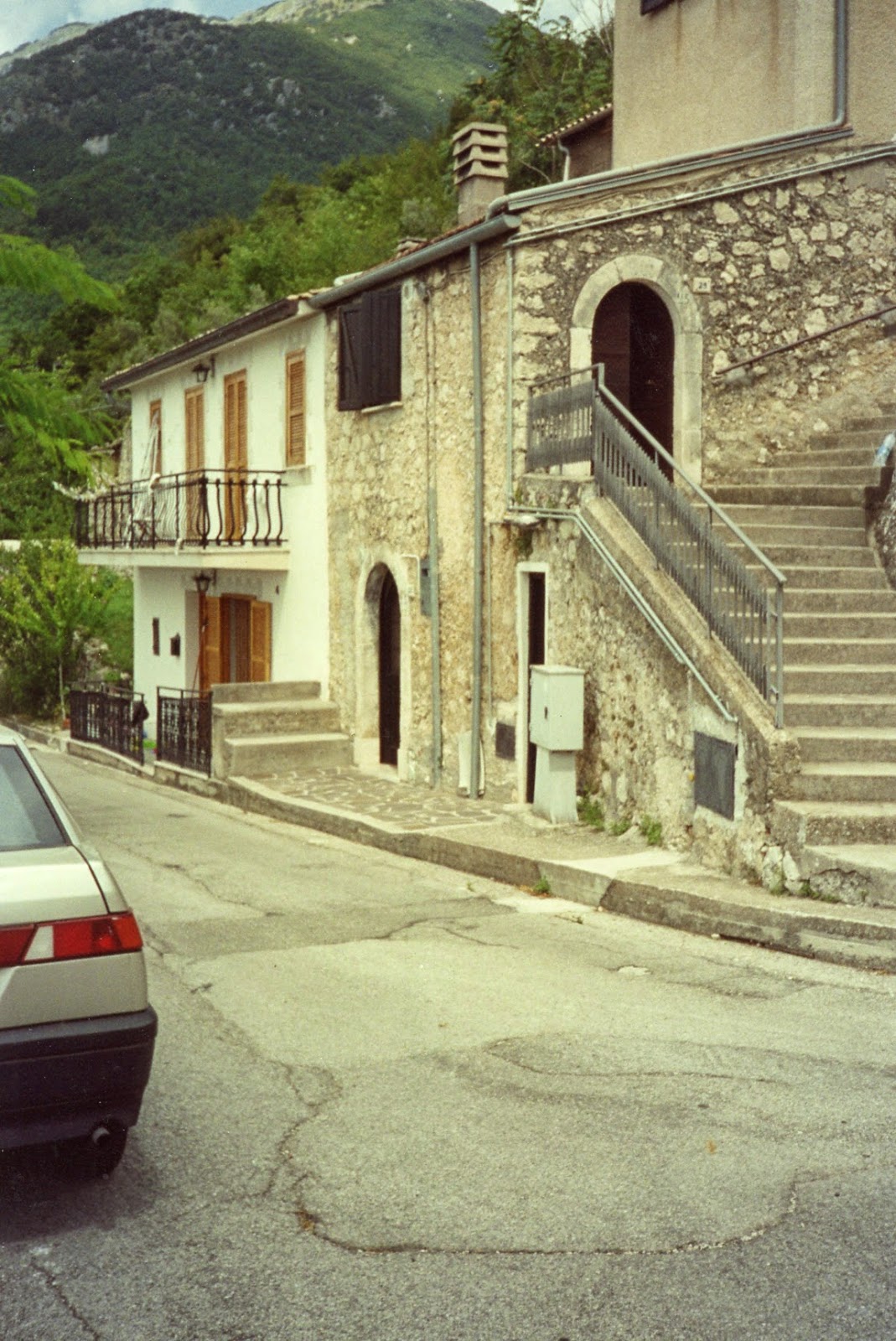 ‘To see the place I’d left so long ago, thinking I’d never see it again – it tore my heart out,’ he says. ‘Now when I go, I think – I’m home again. It’s all so familiar. People I went to school with – looking just the same, only older!’

Clare learned to speak the regional dialect from Tony’s mother, and to cook the Italian way, by watching her. Tony’s and Clare’s sons, Antoni and Jamie, were raised in an English-speaking household, but have shown themselves able to quickly pick up Italian on return trips.

In August, San Donato is in a holiday mood.

‘Parties every night; we eat outside and relatives and friends join us; all the women cook; a cousin plays the piano accordion; there’s something happening all over the village,’ says Clare. ‘It’s very relaxed and laid back.’

Even with the summer influx of people, San Donato is a safe place to be. ‘There’s no crime – everyone’s family – they all look out for each other,’ Clare explains.

Local police prefer to keep a low profile during this time, for just this reason - everyone is a friend or a relative. Police from neighbouring towns come in to ensure law and order prevails.  And despite the party atmosphere, there are no drunks, and no brawls. That’s the difference.

Driving, as in Italy generally, can be a hazardous occupation. Finding a parking space in narrow medieval streets not built with modern cars in mind, is a constant challenge. Tony and Clare remember seeing a car parked illegally in San Donato, under notice by a parking inspector. The owner couldn’t be found, so a group of his friends simply hoisted up the car and carried it to a safer spot. That’s Italy!

In 2014, Tony and Clare stayed longer than usual so they could experience the send-off of walkers on a 40 kilometre pilgrimage over the mountain that separates Trasacco from San Donato. The pilgrimage honours Trasacco’s patron saint San Cesidio. Mayors ceremonially exchange the flags of their towns, and the pilgrims are accompanied by friends and followers for 2 kilometres through Trasacco, under a police escort. Walkers pause to sample free cakes, fruit and snacks from roadside stalls. 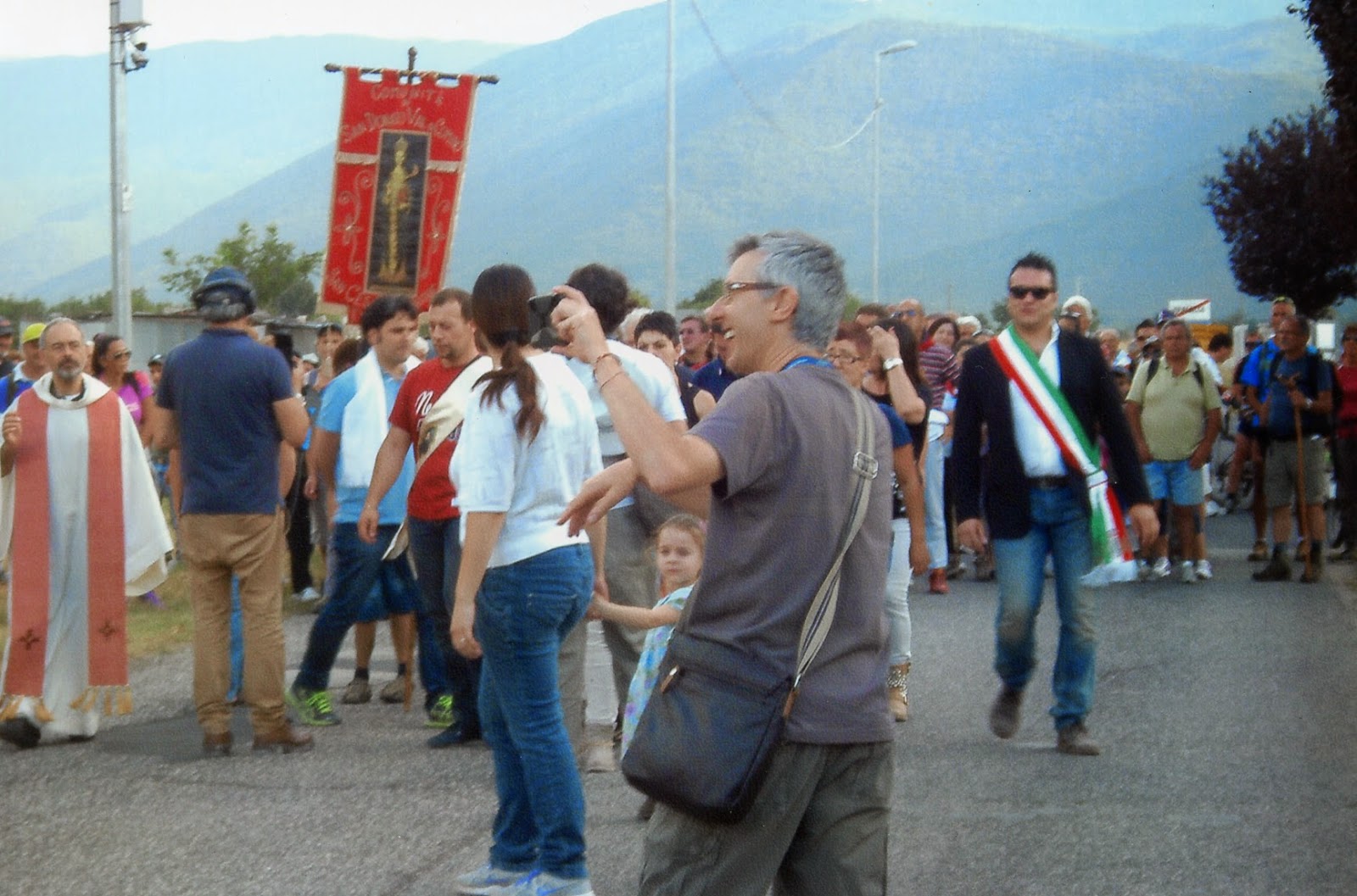 
A special date in the San Donato calendar is 7 August, the birth day of the town’s patron saint, Saint Donato. Clare and Tony marvel at the way the town unites to commemorate and celebrate this day. Each year, religious rituals meld happily with the pageantry of colourful processions, noisy bands, and fireworks to create an event that people never seem to tire of.

Saint Donato is known as ‘The Protector.’ When an earthquake struck the town in 1986, everyone was down on the flat watching a big football match. No one was hurt, but the houses clinging to the steep mountainside were very badly damaged.

Communications had collapsed, and the authorities feared many had been killed. Coffins were transported into the town – only to find its population alive and well. The Protector had saved the people. Government funds poured into San Donato for rebuilding and renewal, giving the town a welcome facelift. 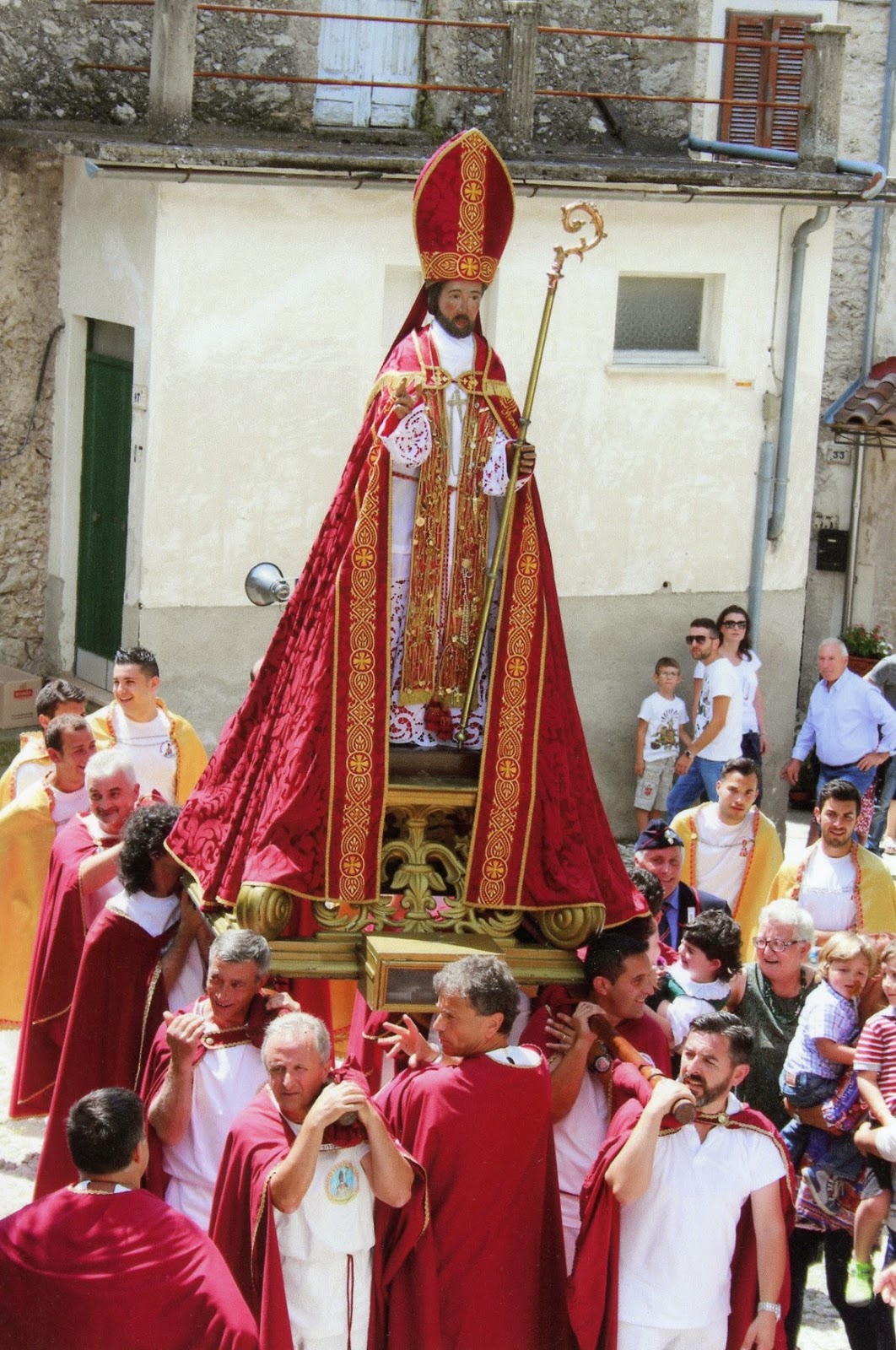 Paintings by Clare capturing the streetscapes of San Donato and the landscapes of Bellbrook hang on the walls of the Rufo home. It’s how she stays connected with the places she loves.

These days, Tony works in the Hunter Street shop where he now owns both the business and the building. He is thought to be the longest business owner/operator  in the Newcastle central business district. While Antoni joined his father in hairdressing at the age of 16, Jamie has pursued varied careers and is passionate about his outdoor activities in the Australian bush. 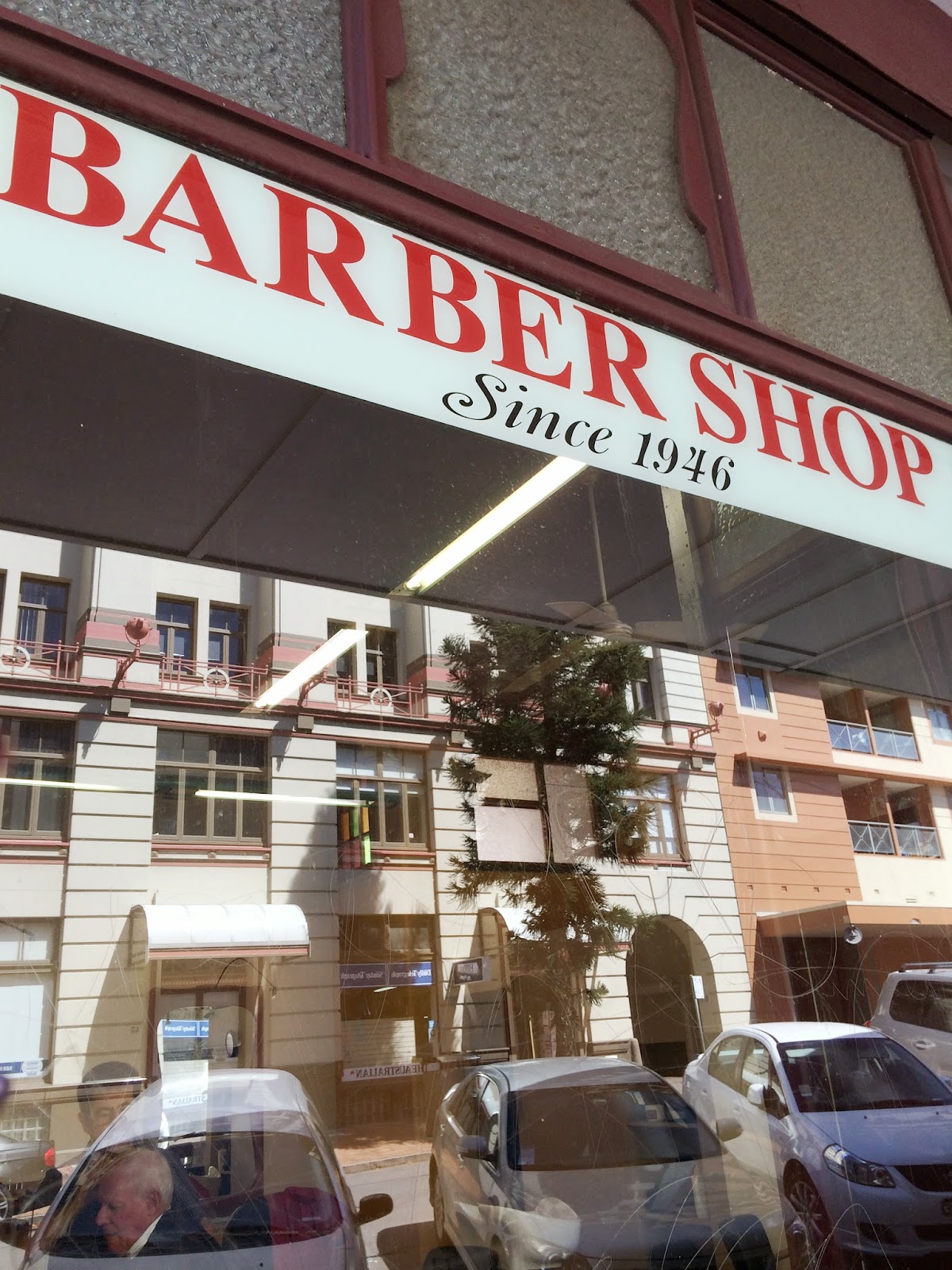 Windows reflect the buildings opposite in Tony Rufo’s immaculate shop
This Hunter Street, Newcastle site has been a barber’s shop since 1946


I wonder how Tony thinks of himself now, having rediscovered his homeland and formed new and powerful bonds with it.

Then Clare sums it up.

‘During the World Cup,’ she says, ‘when Australia was playing Italy, Tony couldn’t decide which side to back. So he had one bet each way!’ 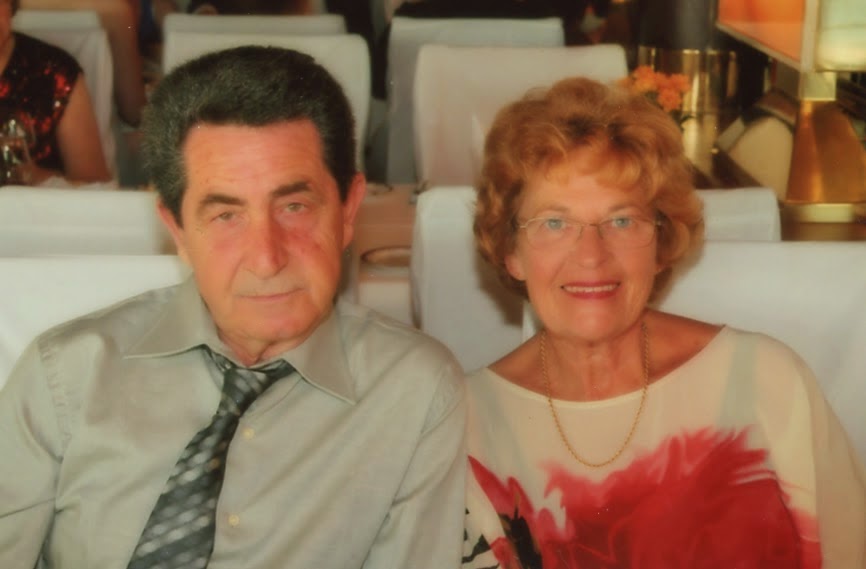 Tony and Care Rufo, 2012
Photograph from the Rufo family collection

Thank you to Tony and Clare Rufo for sharing their story, and to Brian and Anita Agland for the introduction.