‘When my son was in London’, Bill Bozinoski tells me, ‘he went to where the Aussies were. Here in Newcastle, I go where the Macedonians are’.

For Bill, whose Macedonian name is Blagoja, that place is Beaumont Street, Hamilton. He explains :

‘I feel comfortable here, secure. When I walk along the street, I’m sure to bump into someone I know for a chat.’

Bill no longer lives in Hamilton, but he is ‘at home’ in Beaumont Street. Yet he is as far as one could imagine from the stereotype of the migrant who has struggled with a new language, and clings to the past. Educated and articulate, Bill has thought deeply about the forces that led his forefathers to emigrate, the burden they brought with them as they left a divided country, and their endeavours to restore a Macedonian identity based on language, traditions and culture. He’s even written a book about this with long time friend and Hamilton artist, Vlado Krstevski.


Bill and Vlado came to Australia as young men in their twenties. In 1967, they’d attended the same high school in the cultural, educational and commercial city of Bitola, in the Republic of Macedonia. Until they bumped into each other at a function in the hall at the Macedonian Orthodox Church of St Mary’s, Broadmeadow, each had no idea the other was here. Thus began a friendship that continues to this day.

The two men were part of the third and largest wave of Macedonian emigration from what was the Socialist Federal Republic of Yugoslavia. Fleeing economic stagnation and a Communist regime, more than 4000 Macedonians settled in Newcastle between the 1950s and the 1970s. Mayfield, Tighes Hill and Hamilton were popular choices to live as they were close to jobs in heavy industry.

It was not until the end of WWII that the Macedonian population in Newcastle was large enough to support a more organised community life. A committee was formed in the 1960s to help newcomers and to raise funds to build a church. Meetings were held in the Transport Workers Recreation Centre, in Hamilton.

The consecration and opening of St Mary’s Church in August, 1970 was a critical milestone, providing a point of focus for the community. Special celebrations at Christmas, Easter, and other religious feast days, as well as weddings and christenings brought the community together. A sports club was formed, and bus trips and picnics were organised.

In 1984 Bill and Vlado published the first non English publication in Newcastle, a Macedonian magazine called Kopnez.[1] Generously supported by local businesses, it was sent to 570 addresses, most of these in Hamilton.

Around this time, Bill was appointed as an Ethnic Health Worker in the NSW Department of Health. This was his opportunity to develop the capacity of the Macedonian community through establishing groups that would bring Macedonians together around shared interests and cultural traditions.

One of Bill’s first tasks was to find a venue for BHP retirees who gathered afternoons in Gregson Park, Hamilton. ‘Sometimes it’s too hot, or too cold’, they told him. ‘Sometimes it rains.’ They were following the age old European custom of men gathering in the village or town square.

‘In any village back home’, Bill tells me, ‘there will be three or four spots where people will gather. You can always find someone to talk to. And there will always be a good story teller in the group.’

First Bill found a room for the men in the Migrant Resource Centre; when the group expanded he found a larger venue in the Madecodian church community centre.

Over time, an array of groups have flourished around the Macedonian community centre at the Church – there is a Pensioners Group, a Day Care Centre for ageing Macedonians, and a Women’s Group. There is the Magic Football Club, the Suns Football Club and a cricket group. Special interest activities include dancing, music, and chess.

Vlado began work in the coke ovens department at the BHP steelworks, but was quickly singled out for his artistic ability and put to work illustrating safety messages with cartoons. 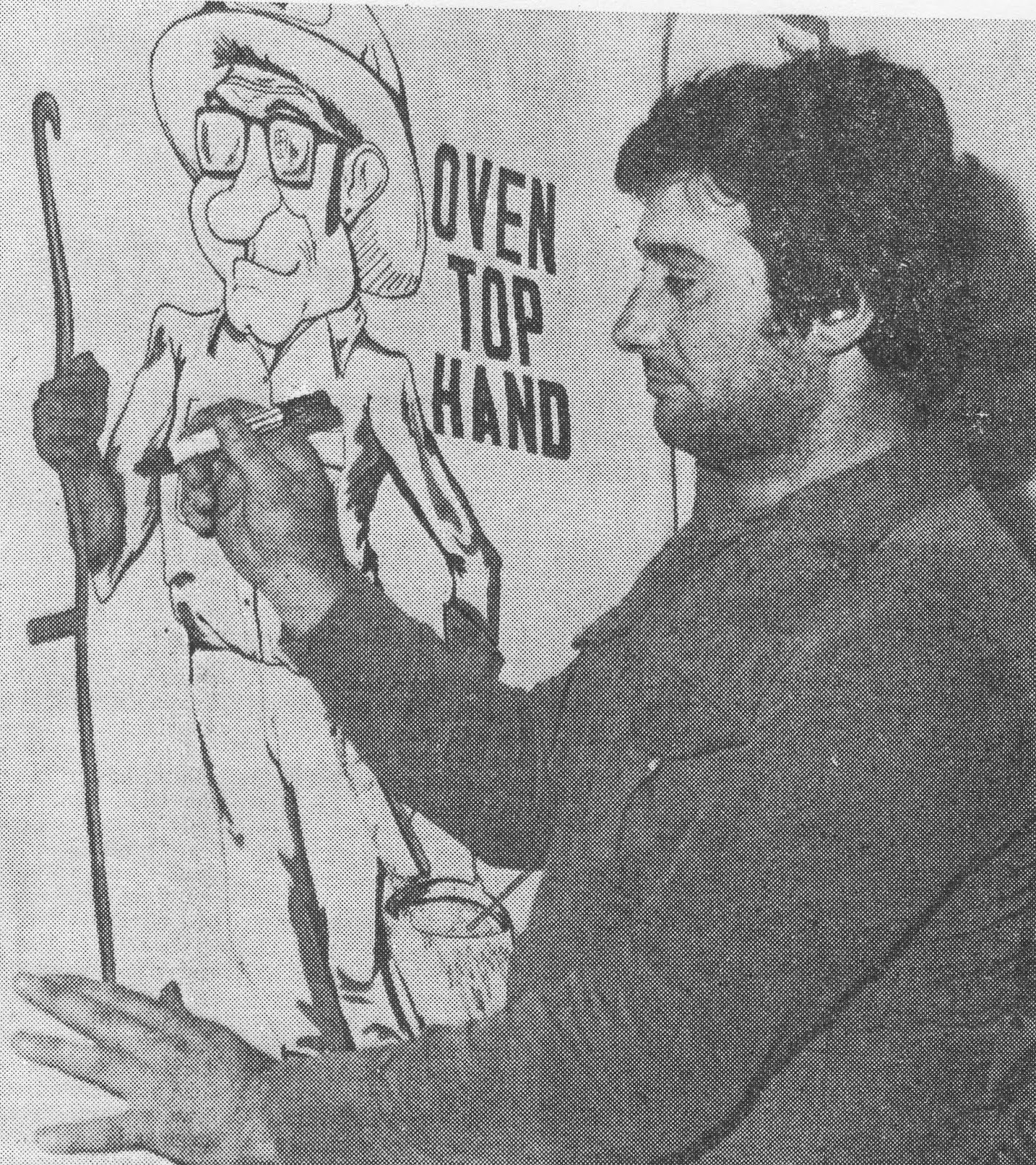 Vlado Krstevski working on a characterisation (1980)
Clipping from BHP News, August 1980, from the personal collection of Vlado Krstevski


His caricatures, often of work mates, helped engage the men in safety issues. Dozens of his cartoons have been published in newspapers. 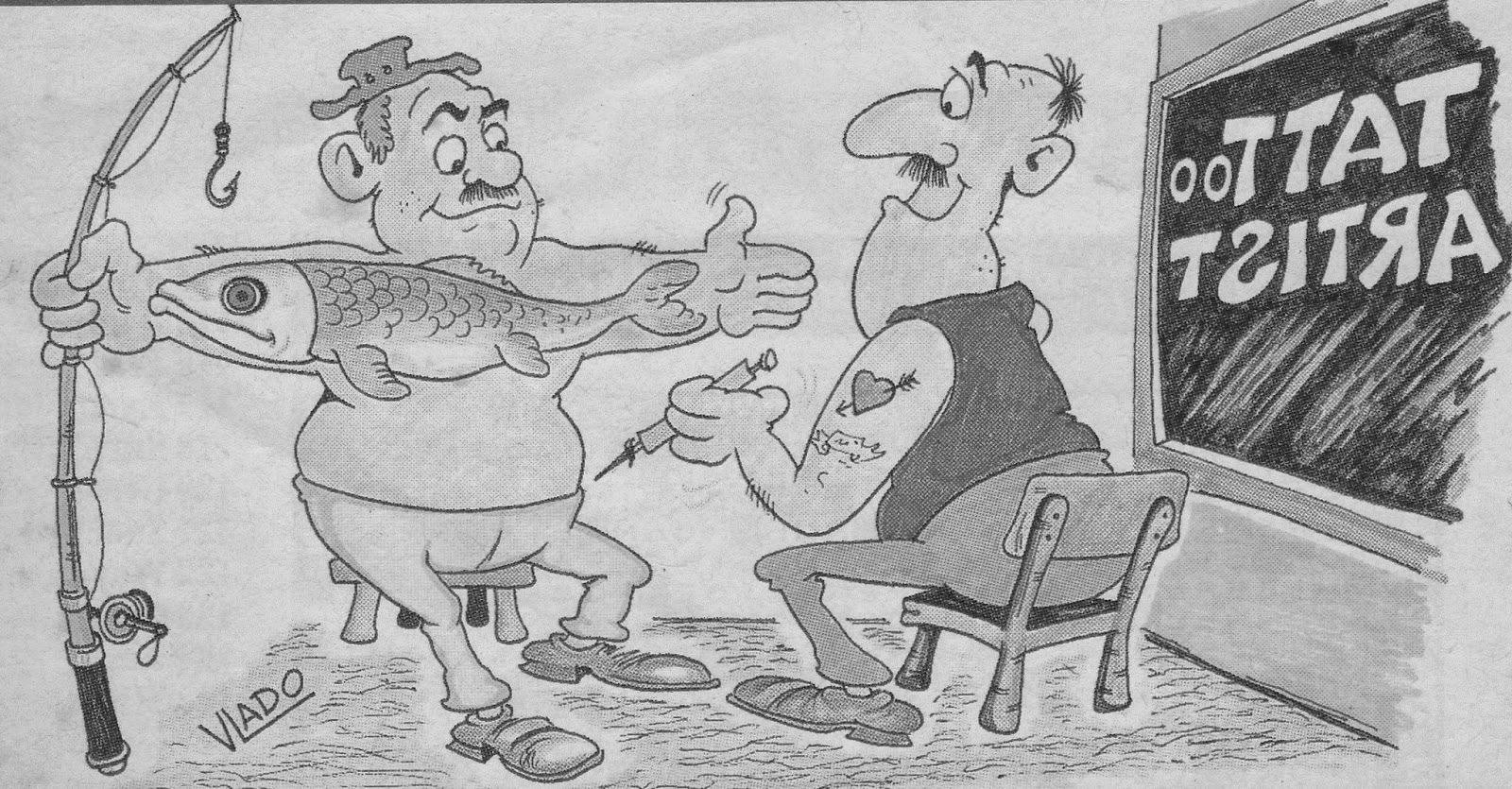 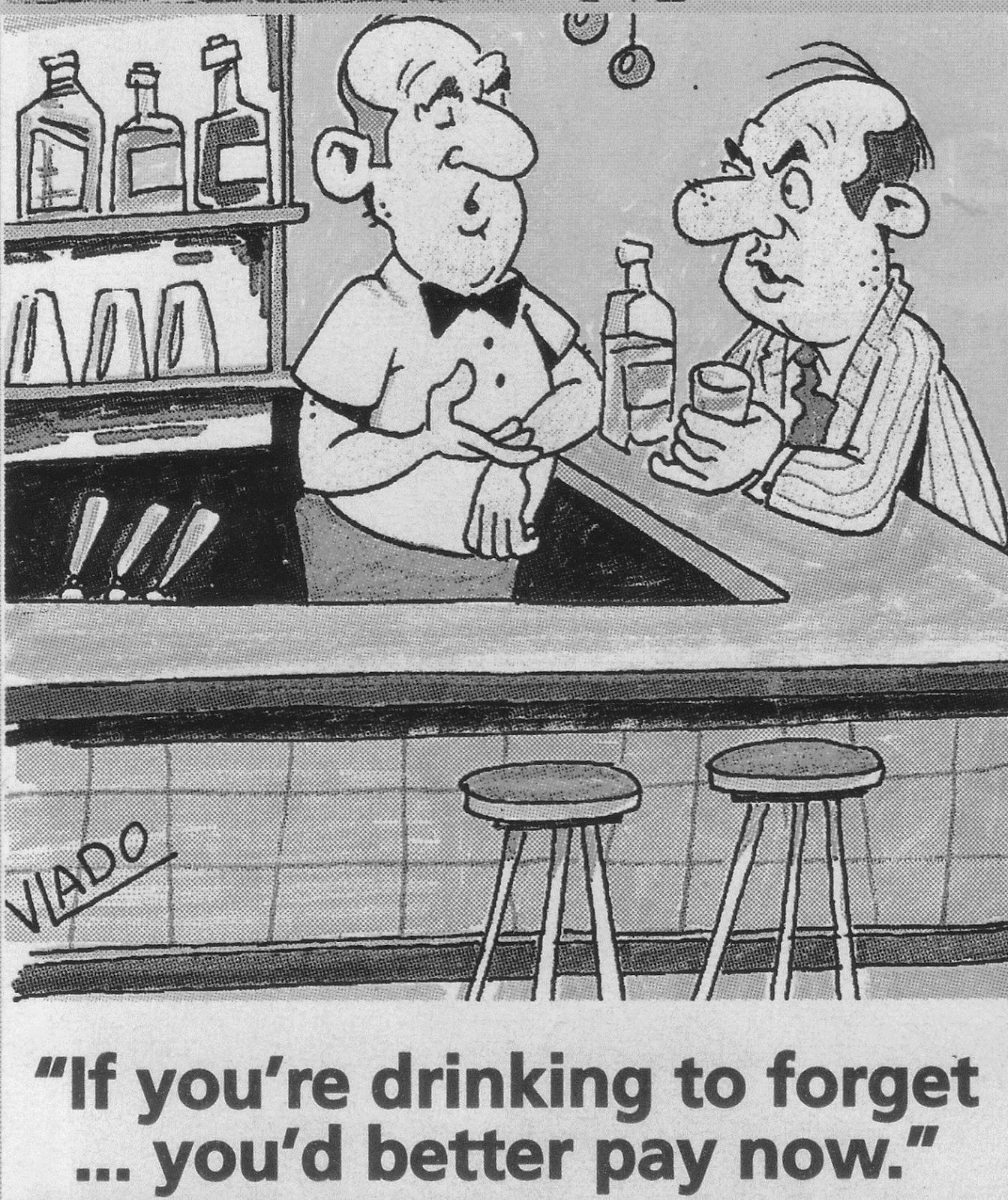 Cartoon reproductions from the personal collection of
Vlado Krstevski


Vlado studied art as a mature age student, and has been a practising artist ever since. 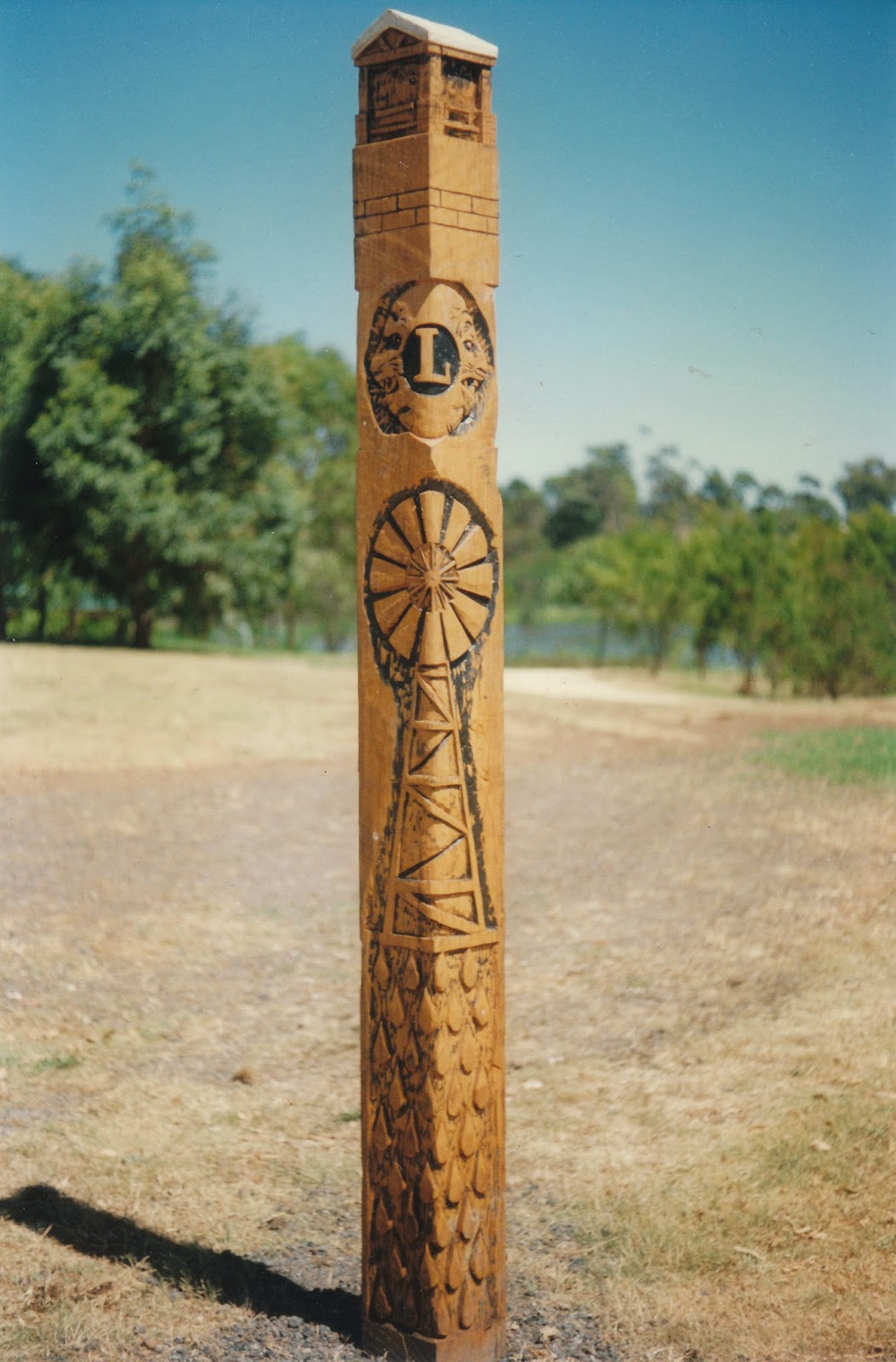 Hunter Wetlands Centre: hand-carved totem poles designed by Vlado Krstevski are an attraction for walker
(Photograph from the personal collection of Vlado Krstevski


To commemorate the 1997 Newcastle Bicentenary of the discovery of the Hunter River, Vlado was commissioned to create sculptures to be placed throughout the suburb of Tighes Hill. ‘They have never been vandalised’, says Vlado. ‘It is the effect art can have on people.’

The friendship between Bill and Vlado is bound by shared experience as emigrants; their common interest in politics, society, art, writing, music; and a desire to help their community. Having grown up under a Communist regime, they found in Australia a remarkable equality, and an enviable democratic decision making process. They didn’t want to see narrow attitudes nurtured here.

Bill Bozinoski is grounded in culture and politics. He has held practically every office in the Macedonian community organisation, including treasurer, secretary and president. He’s built houses and units, leaving a tangible legacy to the built landscape of Hamilton and surrounds. His sense of identity and belonging is inextricably bound to this community, its activities and culture, including traditional Macedonian music and songs.

When Vlado first came to Newcastle, he went looking for things to paint that reflected his idealised memory of Europe. Unsatisfied, he began looking closely at his immediate surrounds, and started to ‘see’ differently. Now, he paints the city of Newcastle, and Hamilton, where he lives. ‘It’s amazing what is here’, he says, ‘when you really look’. It is this process of discovery that has gifted Vlado his sense of belonging. 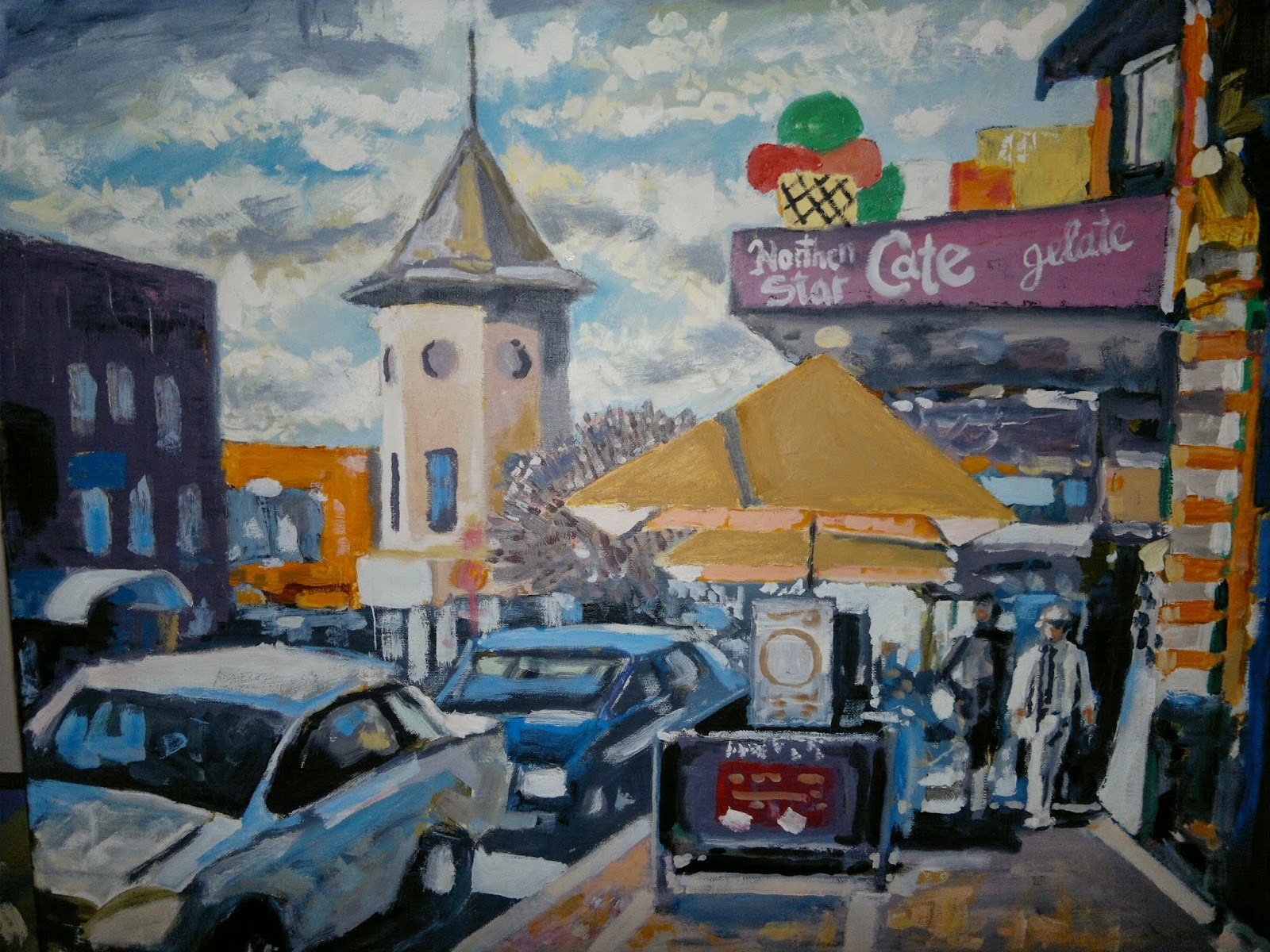 
Oil on canvas by Vlado Krstevski


In their different ways, both Bill Bozinoski and Vlado Krstevski are making unique contributions - to a mature Macedonian community that is affirming its identity in a new homeland, and to a richer multicultural Hamilton. 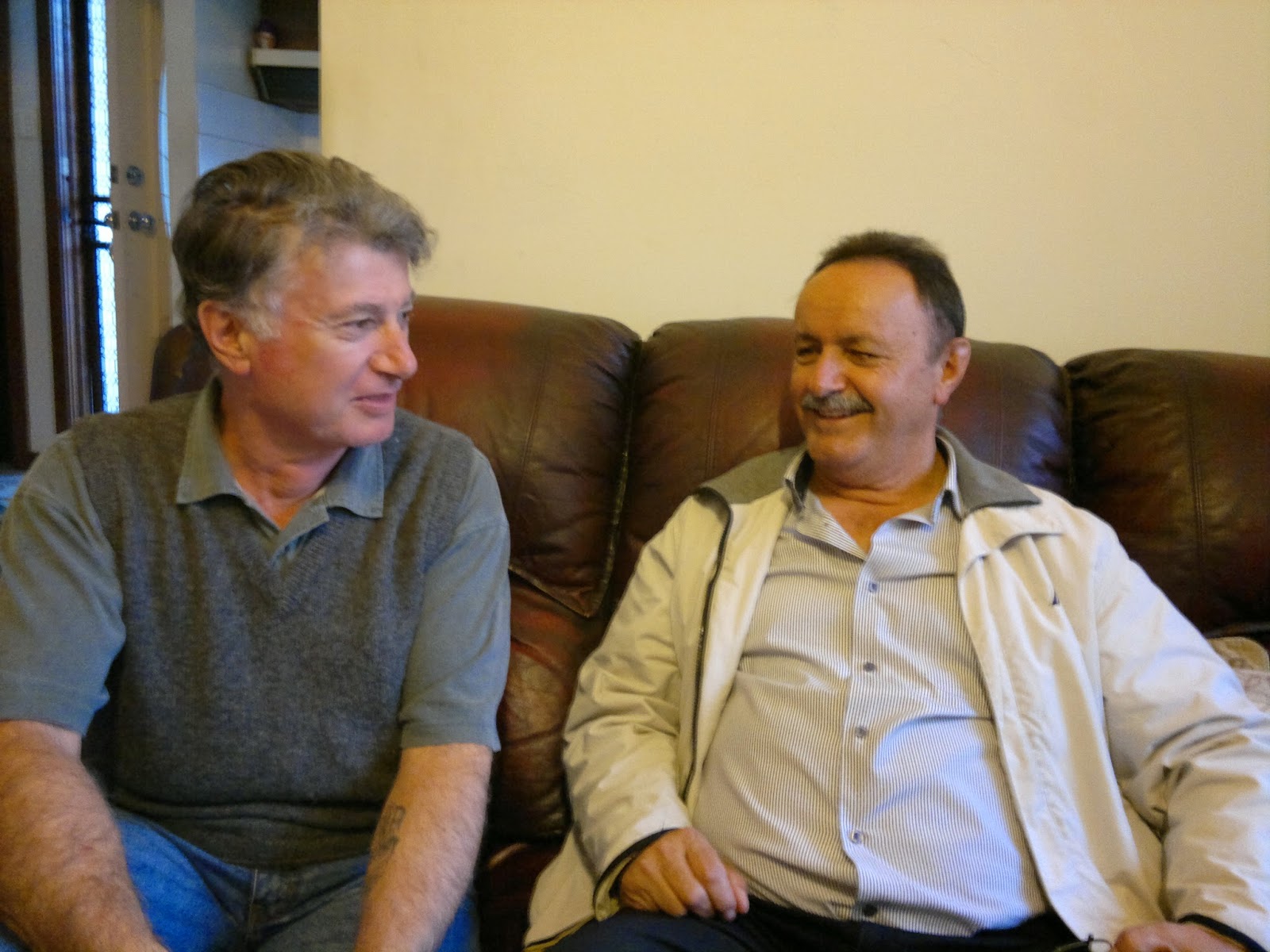 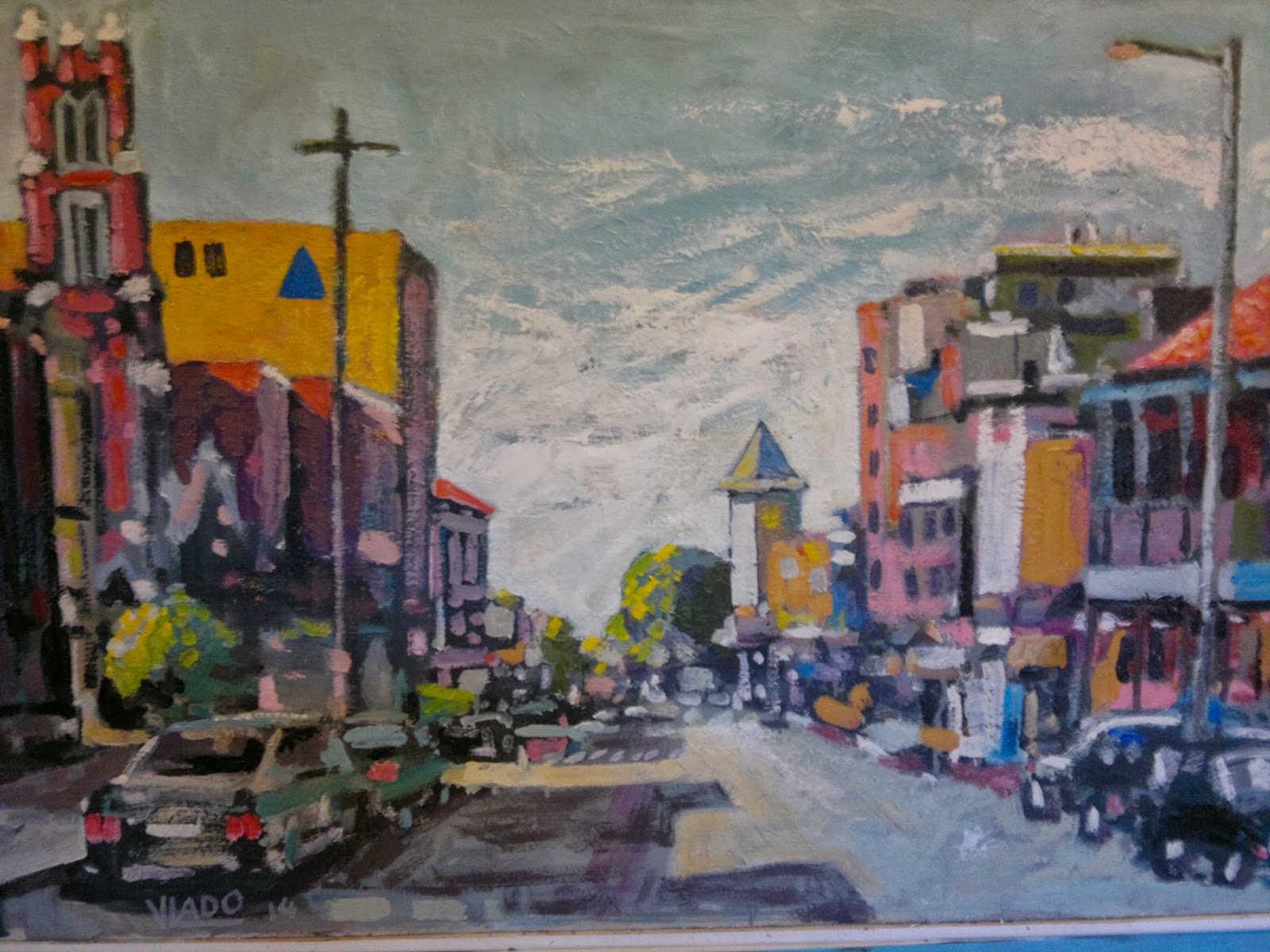 Acknowledgements
My thanks to Bill Bozinoski and Vlado Krstevski for lively conversations, and to Lynn Mangovski for introductions.

[1] Kopnez can be translated into English as ‘yearning’.
Posted by Ruth Cotton at 19:17 No comments: